As the sun sets on our season it’s time to get your camera out and press the on screen button to switch it to front camera and then stretch that long arm of yours out taking a selfie of you, and Everton, in a beautiful figurative sunset to remind you of a piss poor season and how much you can hate them at times.

Of you could choose the preferred path of absolute nonchalance towards them. Whatever really, just choose carefully. 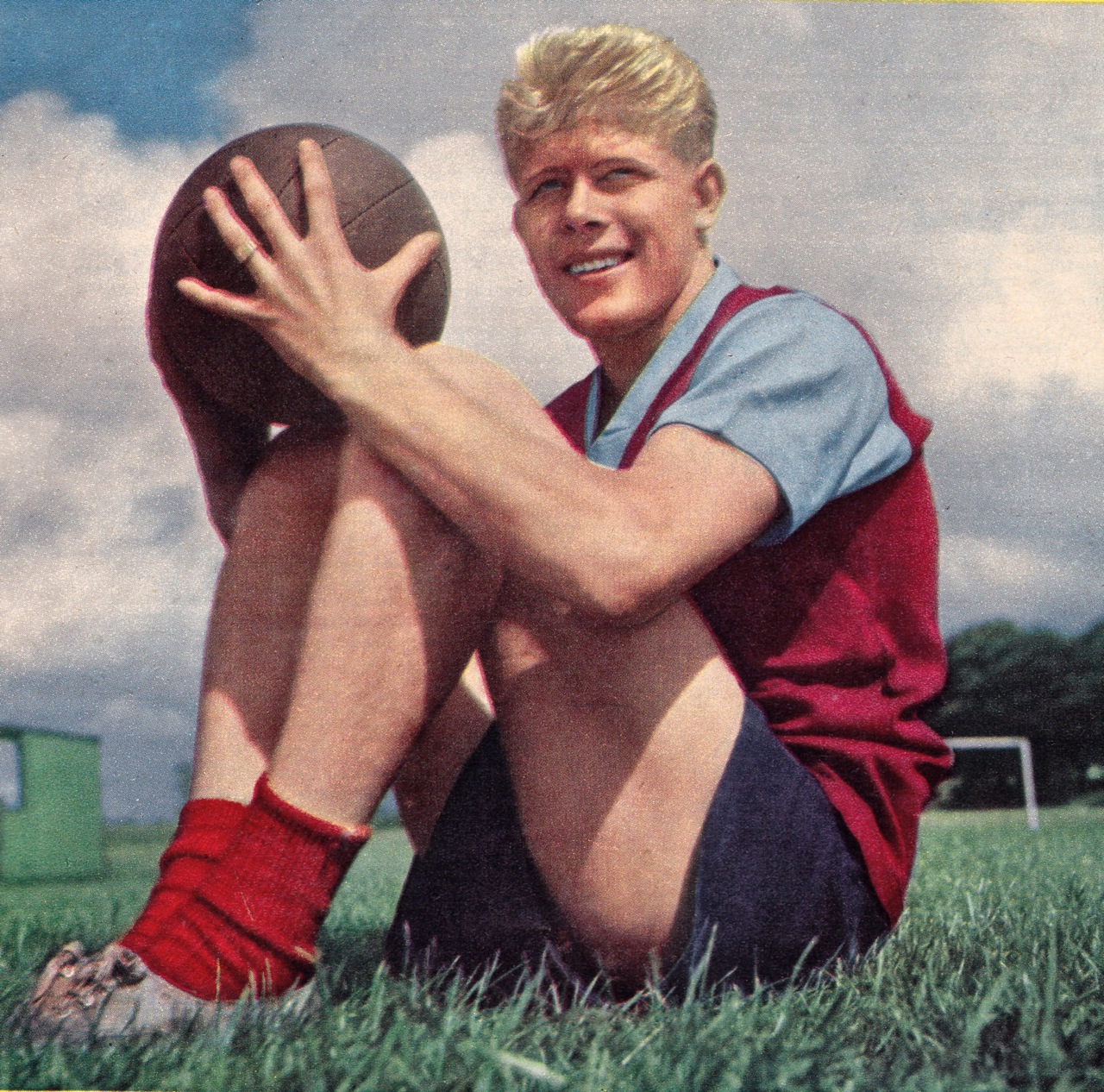 Felt like two points lost against Swansea with one of the biffiest penalties I’ve seen us concede – and the competition is HOT on that front – when Coleman acted like a kid in infants who realises the dinner lady is looking when the smelly tit with the snotty nose pushes him in the back gently, only for the dinner lady to tell him it was his own fault. And with it two points down the gutter.

Not that you were too arsed, as it’s a numb end to the season. The sex has dried up now and watching Netflix together is as intimate as Everton and you are getting.

Many similes, too many even, so time to look ahead. 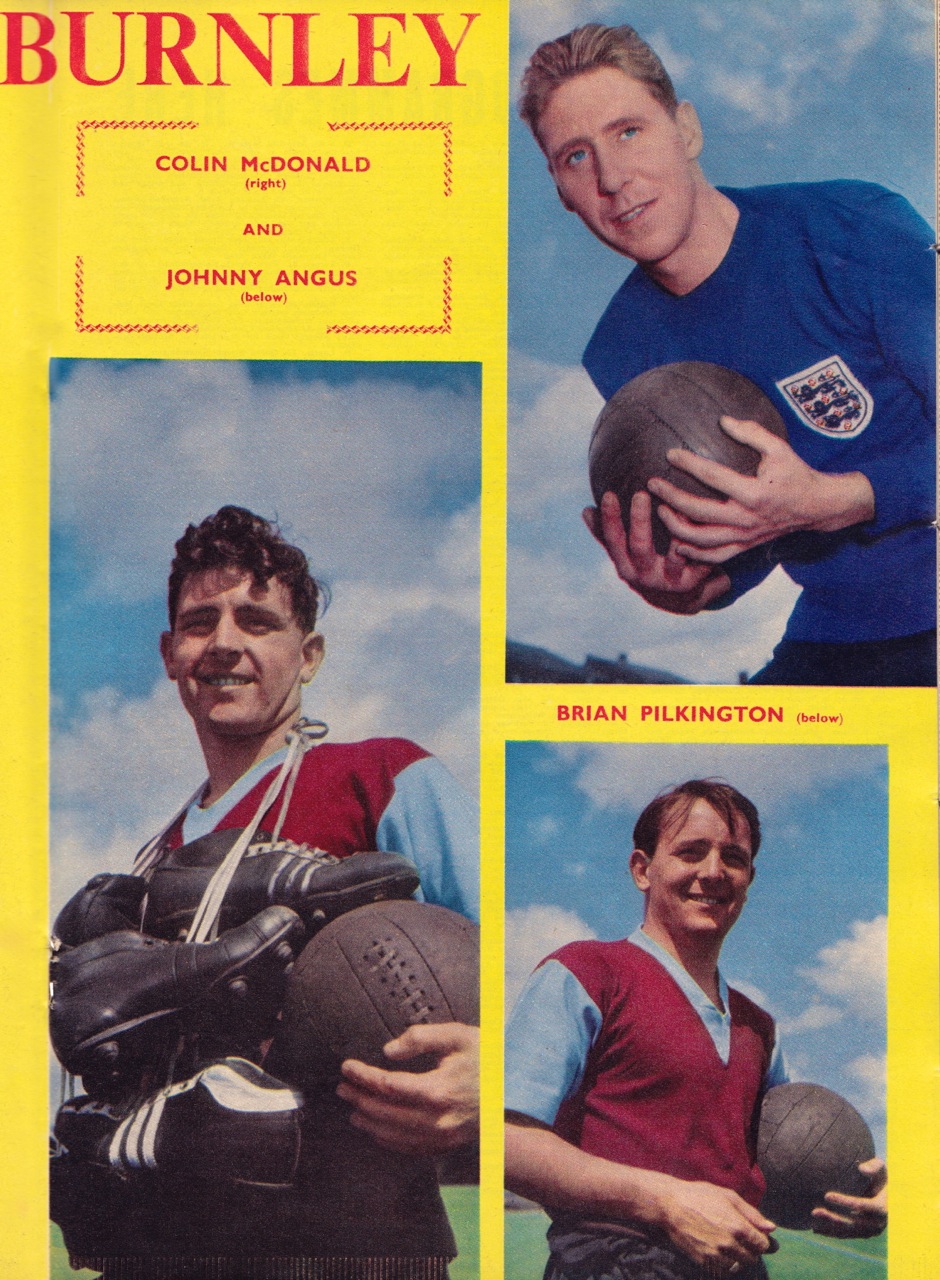 We are lucky enough over the years to have a ready stream of north west opposition teams due to it being what a media fawning tit would call a hotbed of footballing talent. Those north west games give us many different variants of wool but if you had to pin point one of them as being the woolliest of the wool then I think many would go for Burnley. Which is in essence the sun at the centre of the wool galaxy, with it’s minty kids and crap car mod kits a form of gravitational field that keeps the whole woolar system together.

The definitive social commentary on the variances between the different peoples of England is of course Danny Dwyer’s Real Football Factories. It inadvertently gave you an snapshot of the type of impotent middle aged man for most of the places that Daniel esquire strided in, power toking on a bifter trying to look as though he was still Danny from the block. 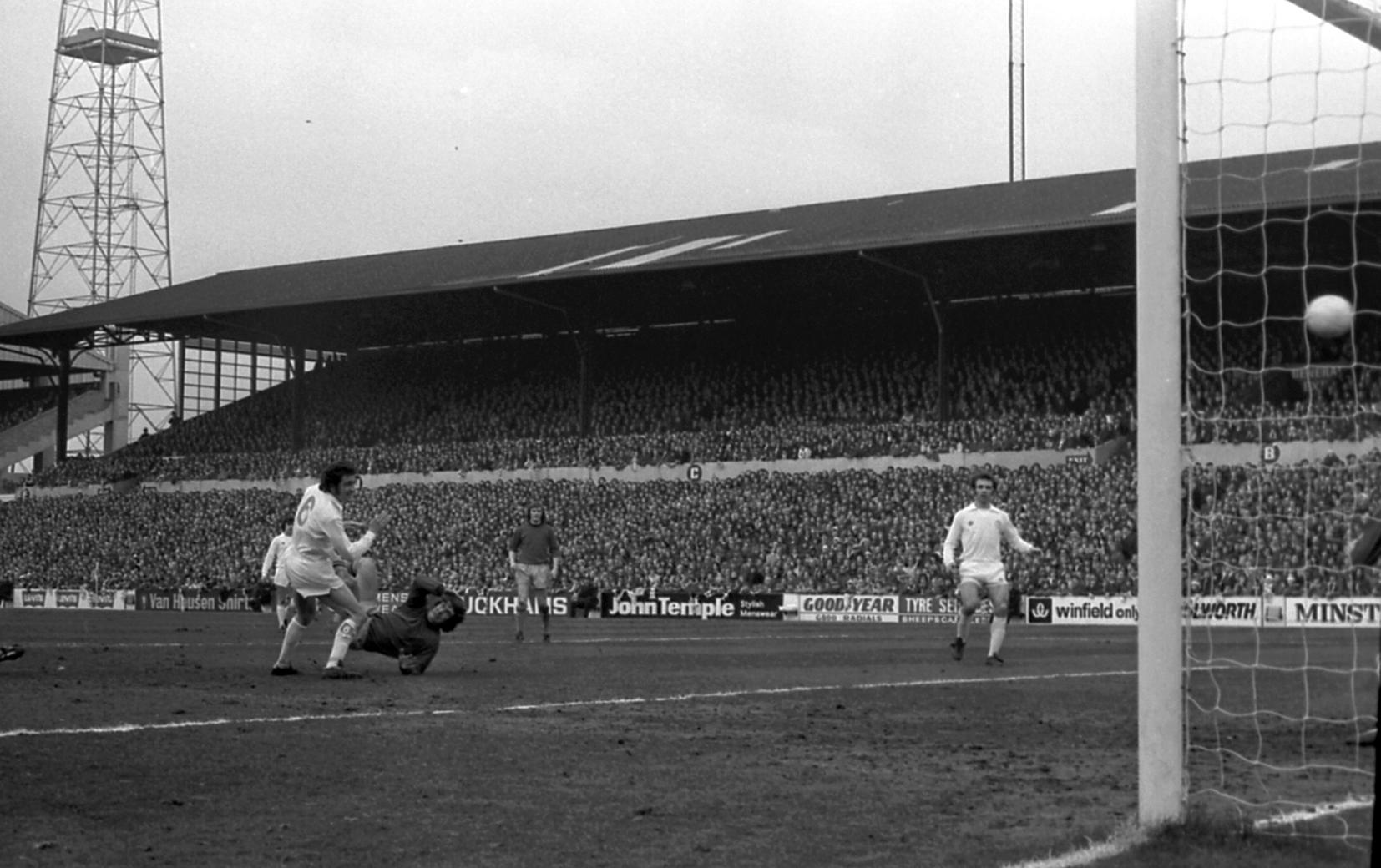 Burnley’s was a caricature of their support, but not an incorrect one, as legions of badly shaved headed utter arsenuggets with really [Poor language removed] English pride tattoos made unfunny quips about them handing slaps out to “rival firms”. And herein lies some of the problem: in these small cut off towns they are give free reign to behave that way in their wee mill town. Free to act like dickheads in the local pub. Free to impregnate the tragic local females who have been devoured of any ambition by leaving secondary school. Free to get his cock out in the high street on a Saturday night for a reet laugh high on butane aerosol. Free to punch his best mate in the face and then suck his cock at a house party for a one quid bet. Free to not work a properly taxed day in his entire life. Free to get reet behind their local team when they make it to the Premier League and make Evertonians cringe at their needy and showboating fan behaviour.

And here we are.

Truth is I always preferred Blackburn both as a place and an away day. It’s Crosby to Burnley’s Bootle for an afternoon on the ale. With all due respect to the Merton.

Burnley are just that bit scruffier and woollier. And that wee bit more makes all the difference.

So onto the footie side of things and would any of you opt to use a cubicle after Sean Dyche came out and washed his hands and winked at you on the day after the Christmas Party the night before? The cash in hand, stand in bouncer look-a-like has done alright by Burnley’s expectations. And despite all the uncalled for claptrap above – I hope he keeps them up. Burnley are sound, they can hang about a bit. Those of you calling for him to replace Martinez a month or two ago really need to give their head a shake though you pissy pant weirdos.

As for the rest of the Burnley team it’s Danny Ings and ten others apparently. Whether Mr Ings is any good depends on whether you really do give a rat’s arse about any football other than Everton, which would be best answered by asking you if you are younger or older than 23 years old? I bet his team mates can’t wait for Ings to do one.

I would put some effort into previewing Burnley and their key men and a vague reference to formation or tactical approach to the game that I’d plagiarised off one of the authentic and good previews to the game, but we’ve already established that no one is really arsed about the rest of the season. Well, if you’re 24 or over anyway.

Those occasional beautiful boys in royal blue will be expected to win this and of course you’ve got all sorts of chatter in the press conferences (anyone call them a “presser” is a bonafide grade A blert by the way) from Martinez about playing for their futures. About time too like, but not that I’d take at face value any of the guff spouted to give the fat sweating journalists their soundbyte or two.

One thing stated was Lukaku being dead eager to play against despite knackered hamstrings. His probable return is no bad thing as our alternative options up front are somewhat limited, and that’s being kind. The big Belgian grock can be a real pest in these type of games, as dangerous to the opposition as drunkenly shoulder barging an arl fella in Aintree and your mate not deleting his video of it right on the spot (never mind uploading it) as soon as it’s apparent what happens. That dangerous, so beware Burnluh. 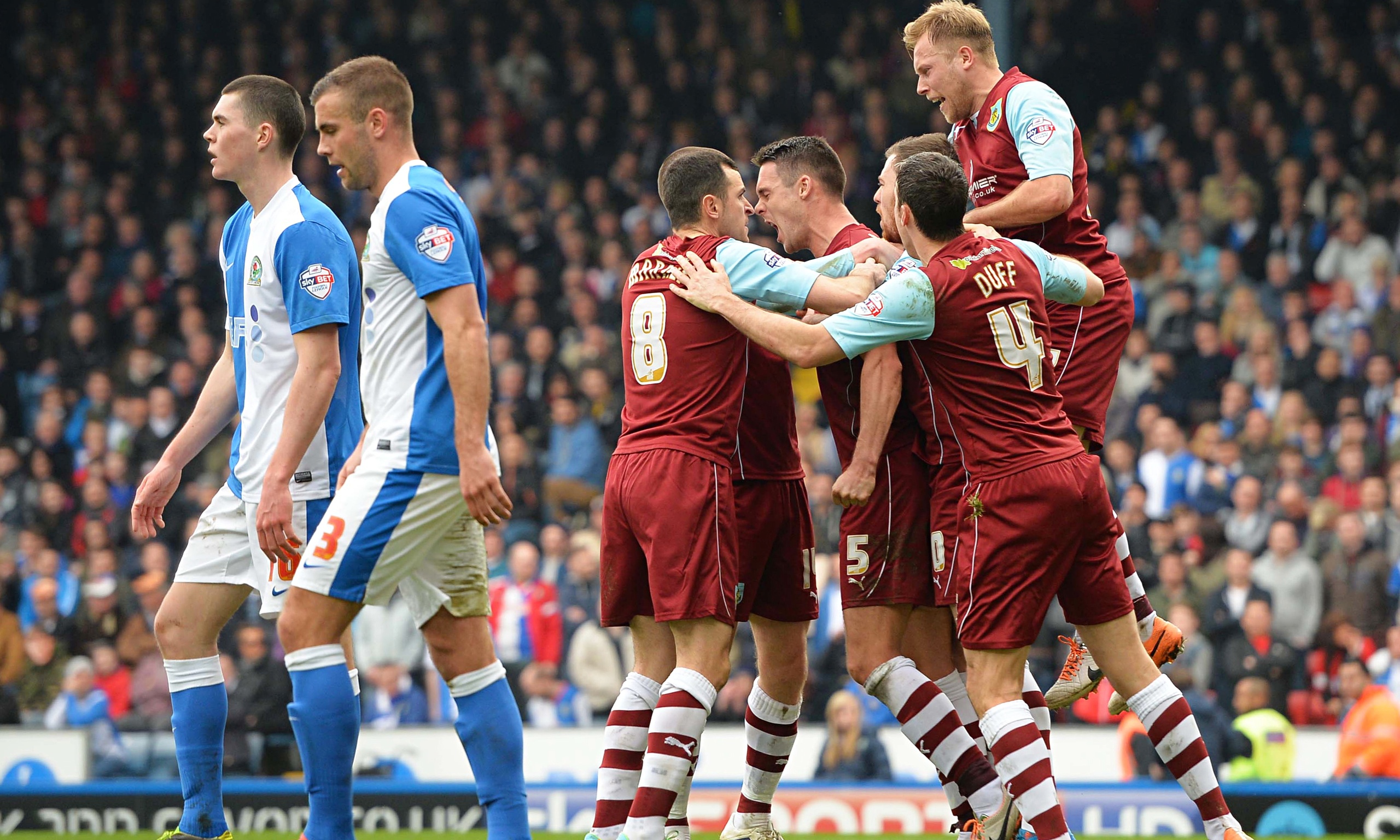 It’s been a poor season for Barkley all things told so I’m not sure if he’ll play there or if Naismith will come back into the fold. Perhaps both? Gibson’s season is over, surprise, so you can expect more of McCarthy and Barry – especially as Martinez has effectively confessed that Besic is on a central midfield YTS scheme. Aaron Lennon is bringing joy to many of your hearts and Mirallas has a worse attitude than anyone voting UKIP.

John Stones is boss. I’ll be gutted when he leaves, and you know he will. But for the meantime him and Jagielka aren’t a bad pairing. Our full backs have also been tosh this season and grown men are sweating on young Luke Garbutt not signing a contract as he’s going to be the best full back ever since Dan Gosling. Tim Howard in goal. 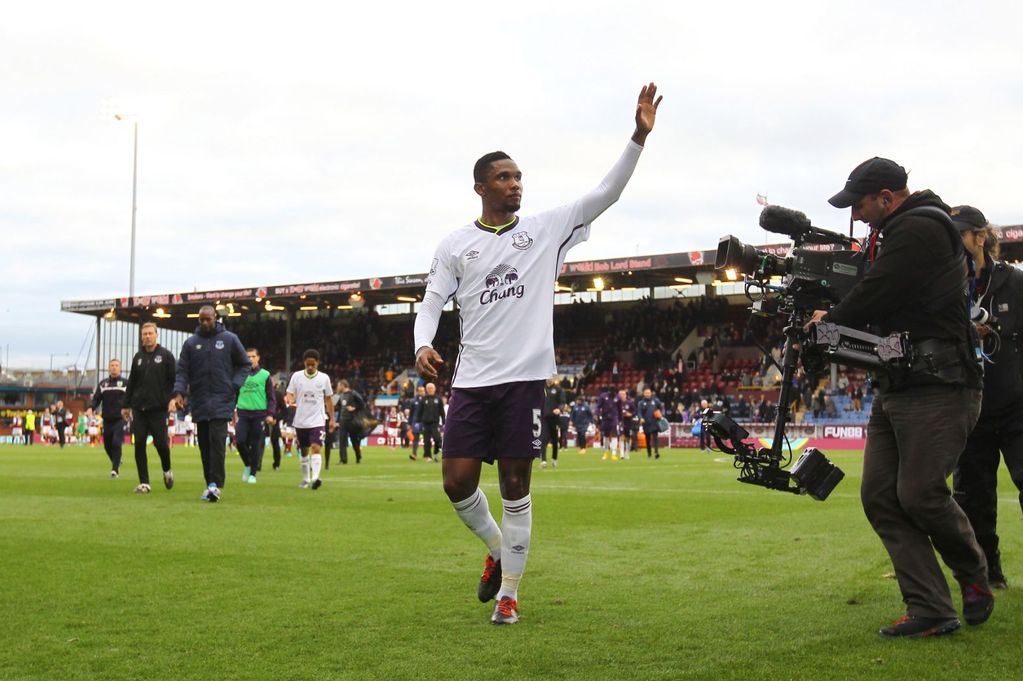 And that’s your lot, should you have been really that dull to continue reading to this point. On the other hand there’s an Election Debate going on right now.

Saturday 3pm at Goodison against not very good opposition in milder weather. It’s stuff like that why you signed up for it in the first place. And then there’s Everton.