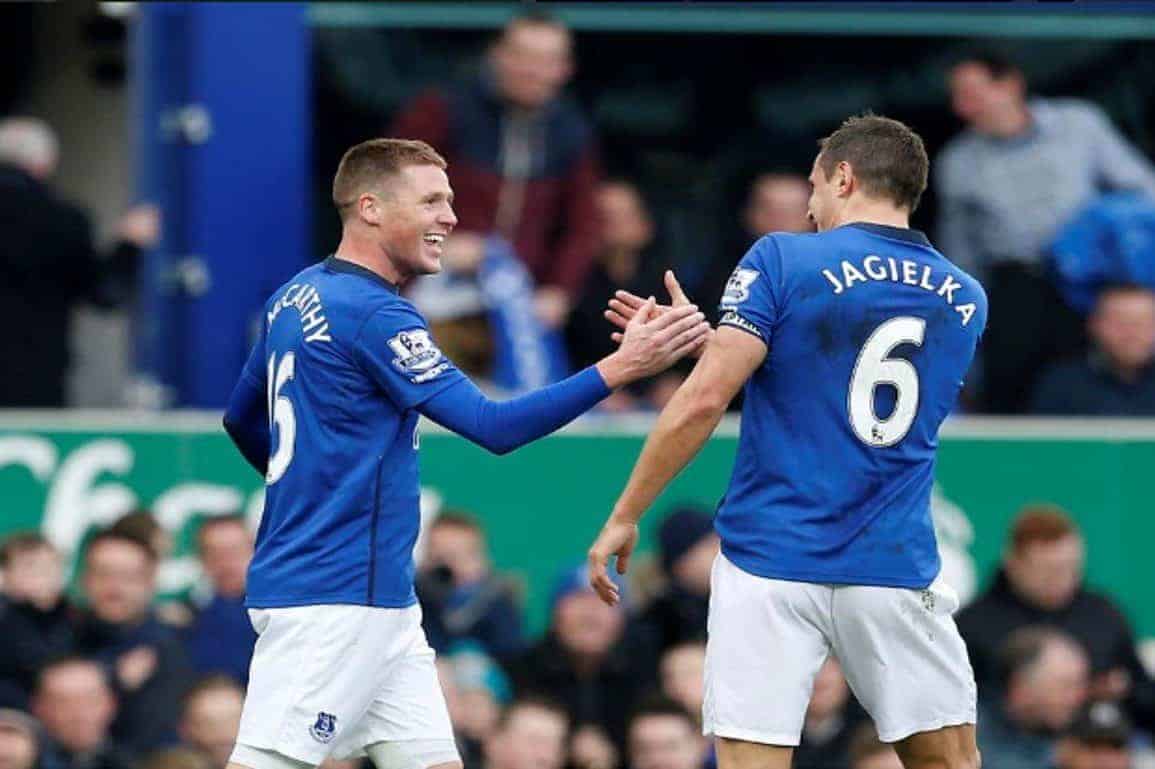 McCarthy: “We need to build on this”

On Sunday Evertonians saw what they had longed to see for a while…. a James McCarthy goal!

McCarthy’s last goal came in the last campaign against Hull City at the KC stadium on the final day of the season.

The midfielder grabbed Everton’s first and set them on their way to a vital victory but he was quick to play down any personal praise.

A rare goal – his first of the season, his first at Goodison Park and only the second of his Blues career – laid the foundations for the 3-0 victory.

It was arguably Everton’s most complete home league performance of the season and after the final whistle McCarthy said it was all about the points: “The most important thing today was getting the three points – the way we went about our business was spot-on.

“Now we have got a big European tie on Thursday, but we are all delighted in the changing room. We have to try and kick up this table.”

The Blues remain 14th in the standings but have the chance to move up two more places next Sunday should they make it back-to-back Premier League wins over QPR and the results involving Crystal Palace and West Bromwich Albion go in the Toffees’ favour.

McCarthy added: “We’ll take it a game at a time. We are not looking too far ahead of ourselves. We know it’s a big three points and it gives us a boost away from the bottom.

“We will now look forward to Thursday but then we have got to keep on winning ways next Sunday. We need to build on this and kick up this table.”