As sure as taxes and death in life there is Everton flunking cruelly in competitions we want to win on the sly. 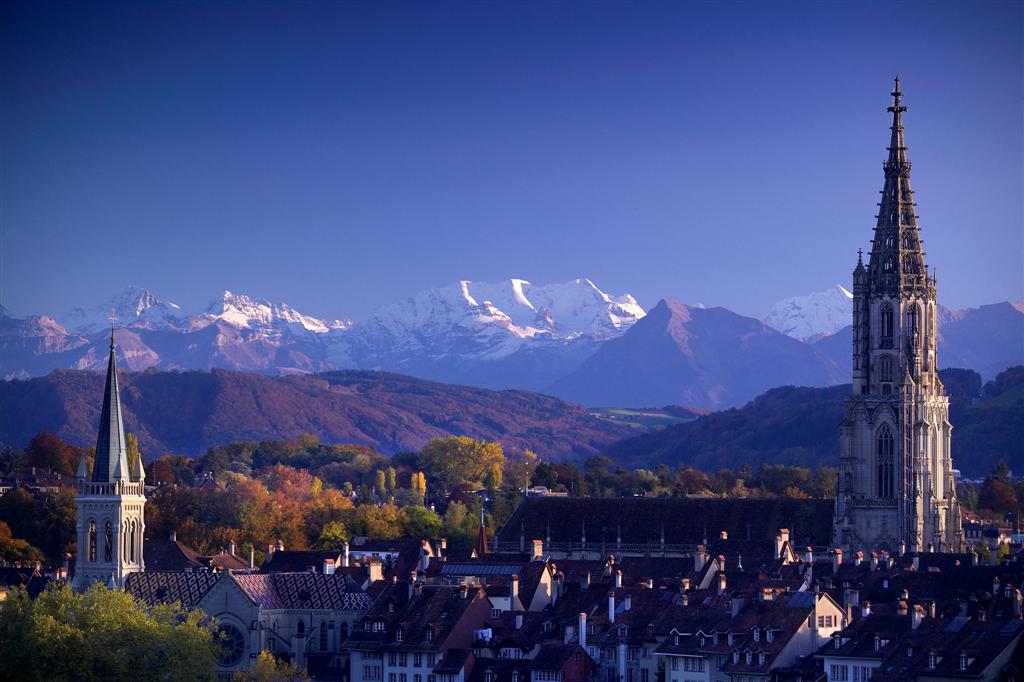 Stand by for loads of paedophilia puns for the next week or so. In this banter dripping modern “culture” of ours, la toe curling casa nostra, it’s too much of an open goal for many to resist. Fred the weatherman doh. LOL! Hashtag something ironic. RT PLZ! Oh, and they play in Wankdorf.

Somewhere of the midst of it all will be a frustrated Everton team trying their best to swerve slideys on a QPR of the 80s style pitch and hoping sincerely that the wind of fortune, or just general good form, blows their way.

This is the cutting edge Europa League football you craved long and hard as (FC) Everton take on Young Boys of Bern, on a plastic pitch, in Switzerland. Not even live on Channel 5.

Not that any of us will turn our nose up at the spectacle, as Euro footie of most varieties is ace. A ready made excuse away from her on a jaunt for many and an escape from the dullness of a predictable Premier League, a League that we are not particularly good at this season. 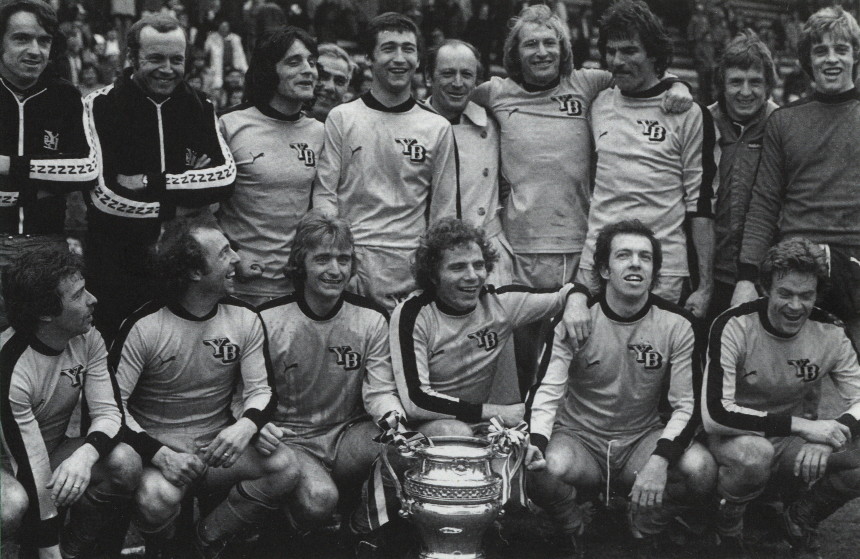 The late goal at Chelsea was ominous in the doom and gloom of our mind. I’d personally thought we’d swerved it when the deflected goal was disallowed but Barry and his assaulting truck arse got stitched by the protests of the Chelsea players and little old Everton were duly patted on the head and sent on their way. Aye it pains, but what can you do? The Premier League is a smorgasbord of varying detestable teds until those counting the money start counting less money. With a new bumper TV contract signed you can expect a whole host more of it too.

So back to that welcome distraction of low-key European round of 32 togger. Feels good doesn’t it?

Like every away destination there’s pros and cons but Switzerland is not a bad gig, obvious down point being the price of beer and indeed most commodities and it having the charisma of a time served welder from the Black Country. 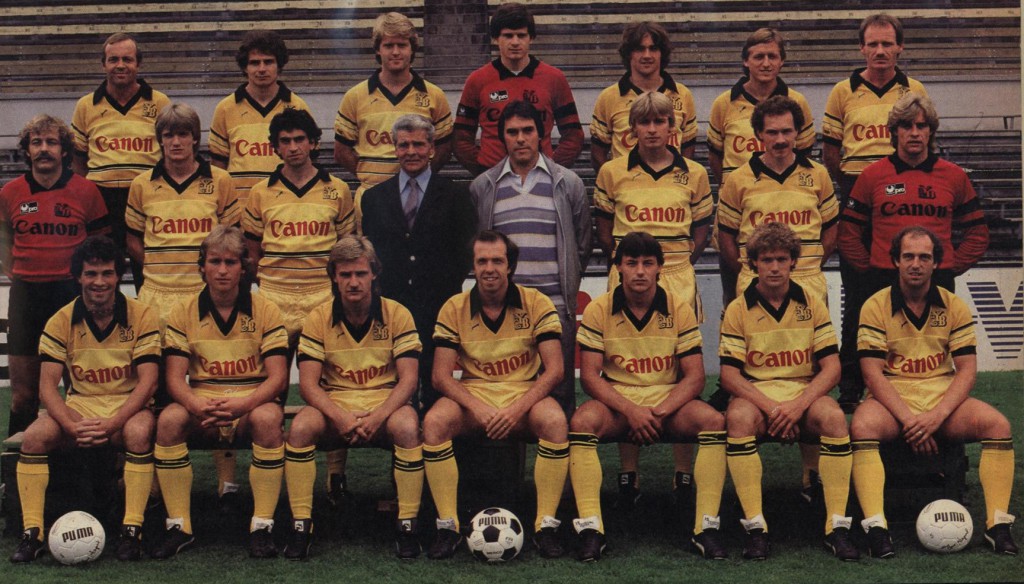 That’s not putting off many of you making the journey over there mind. There’s been some helpful local based lids posting all sorts of jarg Lonely Planet guide on what to do and not to do, so there’s not more I can offer apart from unkind stereotypes sadly.

The amicability of the Swiss has been a feature throughout time. Like a boss wing man when it comes to dodgy finances and a credible hush blanket if you’re planning on exterminating certain ethnic groups and burying all your ill gotten loot. Wherever there’s an illicit dollar to be made, you’ll find a willing Swiss man to mind it for you.

All this should be offset by the quality of their chocolate and multi purpose tools for camping, it’s a fair trade. For all intents and purposes Switzerland is not unlike a massively more posh and refined Wigan, struggling to remain it’s own identity between the gigantic gravities of established neighbours. For Manchester and Liverpool, read Germany and France. So it’s with some validity that I’m happy to confirm the Swiss as the wools of Europe. Albeit a much more wealthy wool, think XR4i Sierra Cosworth, rather than snide XR2i with unconvincing glued on spoiler and unbelonging GHIA sticker on the back. 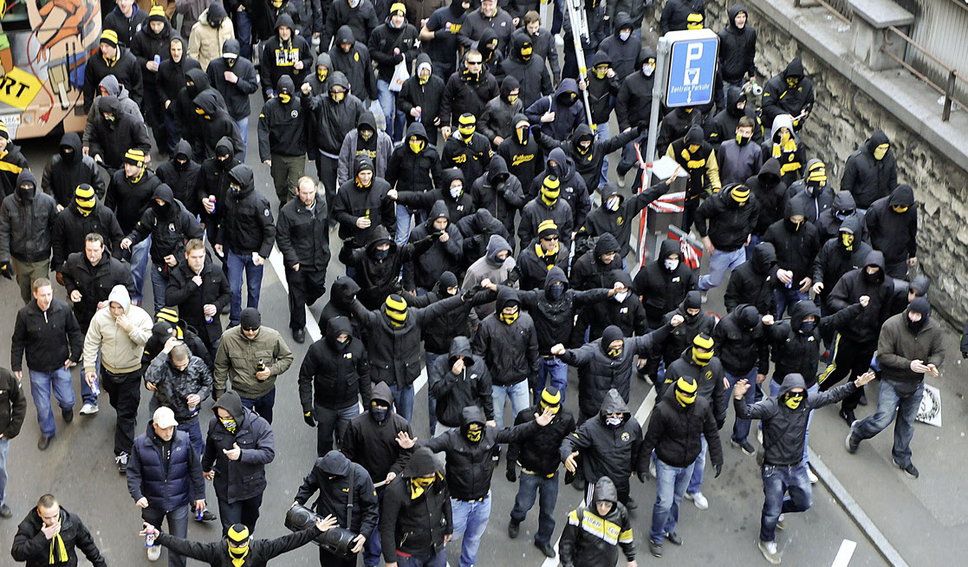 Being so small and vulnerable does give them more than a touch of small man syndrome, so careful how you tread. Lest they set their rabid cow onto you. But they do have ultras, as any self respecting European club should have. Watch how you roll there.

Soccer chat then. They are on the back of a mid season break for two months so that’s either a bad or good thing depending how you look at it – deep metaphors for life there – and before that said break they were bang in form, ripping it up against the leading lights of the Swiss league. Basel and Grasshoppers swatch out.

In their group they finished just behind group winners Napoli, that after beating them 2-0 on their home plastic of Stade de Suisse. Just for reference their home record in Europe this season reads: P5 W5 D0 L0.

The faux euro fusbal elements amongst you are going overboard on this, as though it’s some ace achievement. Like completing Commando on the arcades back in the day off a solitary 10p credit.

Speaking of which, what three initials did you put in for your name when you made the top ten on the boss arcades of yesteryear? EFC all too predictably? Or GAY.

They’re managed by the rather mineral water sounding Uli Forte, who Siri may bring up Red Red Wine for if you voice search when driving along a raucous motorway. Or maybe he’s just a canny footy coach looking to pull our anxious pants down lest we get a grip of the game?

Up front they have French striker Hoarau who is no slouch and was not so long ago credibly linked to a host of rather decent clubs – he’s not shy of a goal or two despite his increasing years, hitting five so far in the Europa League this term. He’s also something like six foot four so don’t be fretting at just some lid wearing Samba with boss control, he’ll be up for anything pumped in the box by their wide men.

A quick google and forty minute read about them allows the internet to confirm that Young Boys make full use of the plazzy pitch with technical wingers not anticipating too many clobbering slide tackles from grock full backs, not that we have too many of them these days. 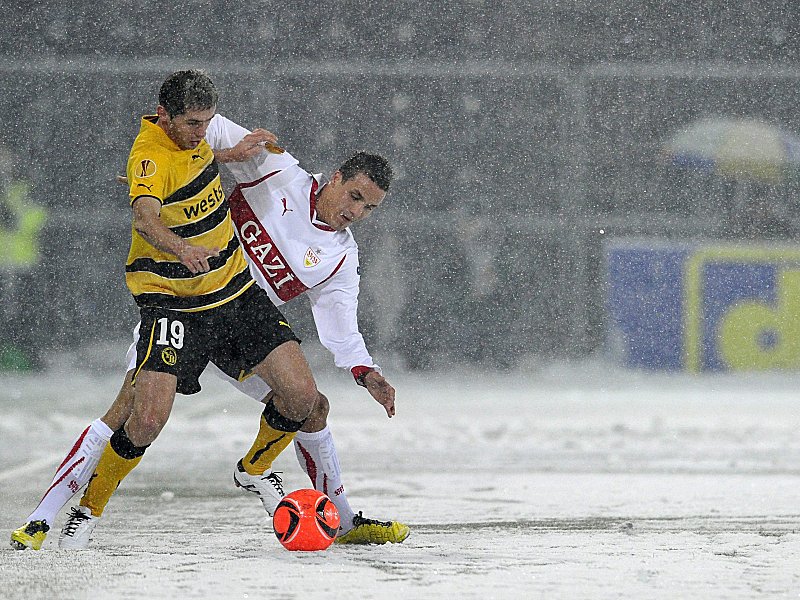 They’ll maybe certainly have an attacking approach to the game and be tidy in a midfield with a whole host of players I have never heard of.

Defence is marshalled by Swiss international Von Bergen and they have an English right back called Sutter who now plays for Switzerland. Their keeper is twenty years old and highly rated.

If you wanted to learn about the opposition and tactical threats then you certainly wouldn’t be reading a tedious blog on GrandOldTeam.

Onto Everton of whom Roberto Martinez makes clear have some squad rotation on their mind with it starting a run of four games in eleven days. Apparently the synthetic pitch takes more out of your joints so that should rule out half of our currently creaking squad. Don’t expect to see Baines, McGeady, Distin or Kone on the “won’t be risked” basis alone.

So Lukaku up front then and he is symbolic of an Everton season that had high hopes but has never got going. Was reading stuff about him running his mouth to the Belgian press last week about wanting to play for a big club again. I doubt many of you would be arsed verifying any such story but if it was indeed true then what a cheeky get. But the Belgians, they just love to talk. How we could do with getting a run out from the lesser-spotted ace Kevin Mirallas.

He looks as though he’d be boss at five a side and this may be the closest Christian Atsu gets to it, fresh back from dominating African football for the next decade because he scored a goal that any arl arse sat in a pub would doubt he meant. We need some credible wide options desperately so I hope his form translates into English. Lennon is cup tied.

McCarthy is apparently fit for this so he could possibly start, is Barry banned for Europe too or just domestically? Gibson got a rare outing against Chelsea but Besic would be preferred I reckon. Bet you we will play two different midfields over the course of the next few days. I hope that both of them are good enough.

Jagielka and Stones at the back are a rare plus point of recent times. Coleman is a shell of the domineering right back of last season and I’m not sure if he’ll start Oviedo or Garbutt, I wouldn’t be surprised at the latter being on from the start.

I’m not in disbelief about it but poor form shoehorning Howard straight back in after his injury was a bit weird and places Martinez in the firing line as soon as Howard gobs one into his own net during the next ninety games or so.

So that’s the size of it. In amongst all the unknown about the game it shouldn’t be forgot that this is a Swiss team playing a far too over priced assembled English football side. I don’t reckon we will win and naturally we’re only another half arsed Everton performance away from being slapped out of Europe quicker than you can say “did Samuel Eto’o really play for Everton?”.

But are they really better than us?

We will find out over the course of the coming week. Into these Everton.