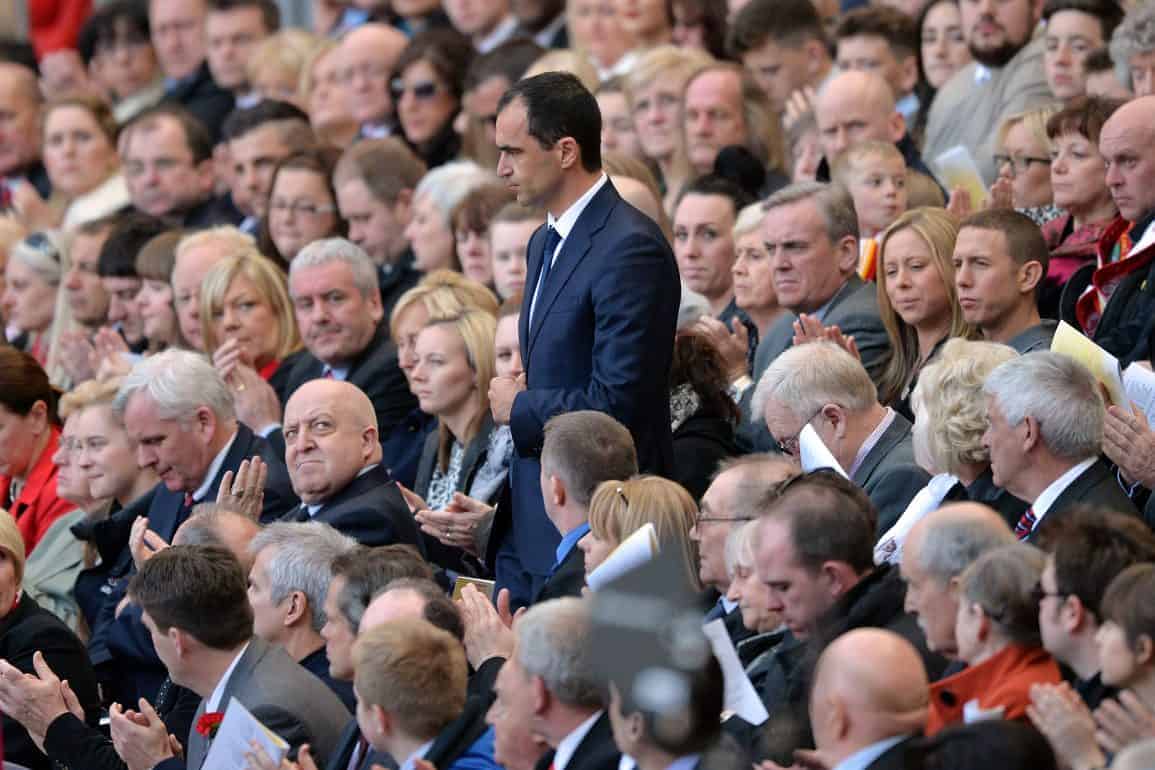 Hillsborough memorial to be unveiled

Evertonians have put their football rivalry to one side to support their neighbours over the years since the disaster, which claimed the lives of 96 people in 1989, and chairman Bill Kenwright, along with Hillsborough Family Support Group chair Margaret Aspinall, will unveil the new permanent tribute this weekend.

Manager Roberto Martinez said: “We take a lot of pride in it. There’s always been a strong bond between the two teams over that tragedy.

“That’s going to be a really important moment.

“It’ll be great from a human point of view to see the two football clubs in the city together and showing the support that a tragedy like that forces into a really painful experience for everyone.”

Margaret Aspinall added: “This is a really lovely gesture from Everton, paying tribute to the 96 who lost their lives at Hillsborough.

“I would like to thank Bill and everyone involved, not least the Everton fans who have provided great support to the families over the years.”

The memorial had been suggested by Everton fans, including Stephen Kelly, whose brother Michael died in the disaster.

“As an Evertonian who lost my brother at Hillsborough, I have always been grateful of the support from the blue side of the city,” he said.

“I hope that when Evertonians look at this they will feel proud of the way we’ve supported our neighbours.”