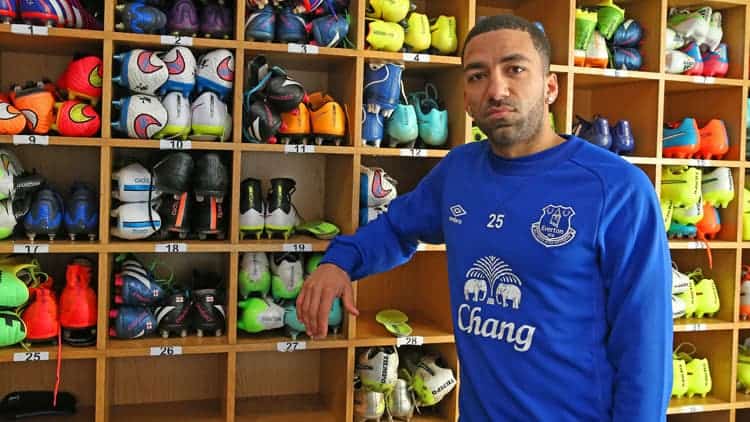 Despite being linked with numerous Premier League clubs, Aaron Lennon said the decision to join Everton was an easy one.

The England winger told evertontv that once he learned of the Blues’ desire to bring him to Merseyside, that was the only place he wanted to go.

He agreed a loan deal until the end of the season on Monday evening and will wear the number 25 shirt.

The 27-year-old said: “I’m delighted. It’s obviously been a tough start to the year for me, but I was over the moon when I got the call.

“It was a hectic day yesterday and it was a busy weekend, too. I was speaking to a lot of clubs, a lot of managers, but this was the one I wanted.

“Finally, when I got the call from Everton, there wasn’t really a choice, I just couldn’t wait to get up here and I’m glad it was all sorted.”

Lennon believes his style of play fits in well with Everton’s and already knows some of the Blues squad from international duty.

He continued: “Everything about Everton made me excited to join. I’ve always liked the Club, the way they play, the way the manager has got the team playing and the squad that they have – it was the most attractive to me and it was an easy decision for me.

“I’ve known Bainesy for a while, I also know Jags, Gareth Barry and I’ve met Leon Osman a couple of times from England as well. It’s good to know a few of them and they’ve only said positive things about the Club.

“I think it’ll help to know a few of the lads. Hopefully, they will look after me and I will settle in quickly.”