One bad horseshit season isn’t it?

Bit of a write off in the league with our ambition now stretching to “as high up as possible but with absolute no reward for it”. OK not forgetting we have the Europa League but we’re not likely to win it and that’s more about the piss up away, rather than the togger.

A cup tie which was all Everton ended our involvement for another year in the FA Cup. Things are so dull at the moment that there’s a tendency to over promote any slight slither of positive elements as either an achievement or a valued consolation, but in reality it offers little as the big cup less clock ticks on to the twenty year mark. Which is far, far too long for Everton. No matter what may.

So it’s a return to the nitty gritty of the league, and nothing is nittier and grittier than the smelly but loveable oiks down in the middle of the country, represented by this week’s opponents: West Bromwich Albion.

West Brom are just behind us and having a shitter of a season too, so bad that they’ve jibbed their manager Alan Irvine and brought in the Zig Zigler of grocking, in Tony Pulis.

Just a point behind us mind. This is presumably the cue for West Brom to tighten up at the back and start becoming a pest from long balls where they fight like a cornered Chechen for second balls.

You can already picture the first moody goal going past Robles can’t you? Against a backdrop of Boing Boing ringing out from the corner of the Bullens and Park End from a few dozen hearty souls with crap jeans and banter in their sails.

I do hope one day they invent a switch to “turn off the M6” preferably at somewhere like Stoke, just the northbound lane like.

But as we can’t just yet let’s look at which have-a go-heroes are going to be representing 1974 itself for West Brom. 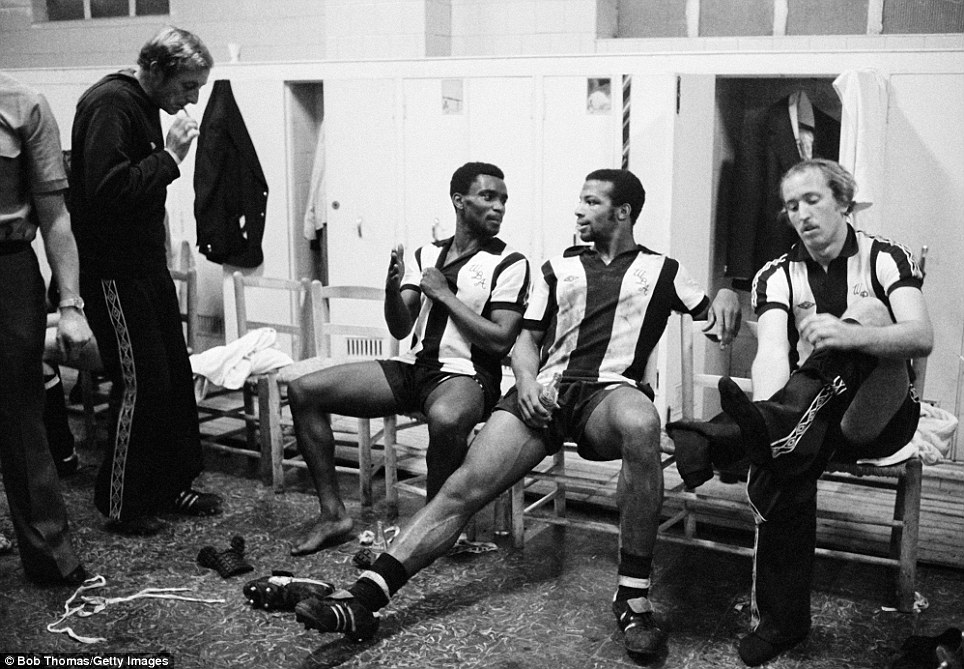 Berahino is the one up front who is likely to be their main threat. He’s from the annoying breed of young footballers with too much money and attitude, and a lingering sense of self entitlement. I know he fled is war torn country when he was ten but who’s arsed? He’s been talking himself a move after barely playing two minutes for West Brom which I find all a bit Jeffers.

He could partner Anichebe up front so at least you know who is last (and winning goal scorer) for your coupons. Welcome back Victor, do you recognize us?

Gardener and Morrison may start in the middle and both have a decent technical side but in normal circumstances nowhere near enough to get the better of who we would pit against them there. Out wide is Brunt – a threat with delivery and shooting from distance – and Sessegnon who can create when he’s in the mood. But still looking at that midfield you’d hope Everton can muster something like they’re capable of to get on top of it. At the back there’ll be a return to Goodison for that beaut Lescott and another centre back who’s more than adept at Greco Roman methods on any set piece at either end.

Andre Wisdom at right back and probably Pocognoli at left back. Foster in goal.

As far as opponents at home go it’s not a terrible proposition. It’s infinitely preferable to renting a cheap hotel and finding out that Mr C Evans is registered to the spare key card for example. Or reaching for the glass of water next to your bed and spilling it on the cold laminated floor, watching it trickle it’s way slowly to the pair of socks you’d hoped to get a second day out of. Or getting a legga off the local crazy Rotty when coming back from the van with yer mar’s messages. Lukaku is a bright spot in that he seems to be waking from his hibernation and it’s pretty evident that the confidence is the magic ingredient which turns him into beast mode. Or maybe that’s me trying desperately to find a positive consolation? Mirallas was a bright spot against West Ham and for the love of all things good on this green planet must be preferred to McGeady. Can’t help feeling that Barkley would be better from the bench at the moment as it isn’t going right for him, and we just need to find eleven players with a semblance of form right now. Is McCarthy fit yet?

Gareth Barry looks like he was paid a visit from the Ghost Of Christmas Future, and in that future his best mate was Kenny Sansom and they shared a corpy park bench for accommodation. At least Besic is showing some guts – proof that a snarl and jarg tattoos is sufficient for modern day Merseyside in leading lids to give you a swerve.

At the back Stones is always going to be a risk when he goes into jarg Beckenbauer imitation but he’s very much needed for the spine of this team. Jagielka too, even if some disagree. We need to stop the other team scoring or this thing isn’t going away soon. This is Seamus Coleman’s final game for Everton before he completes his move to Manchester United so the story goes. I’m not sure who’ll start at left back but it’s again very Everton that probably the most difficult position to fill in any team and we’re crammed with three very decent options, while suffering elsewhere. There’s some much ivory in Joel Robles’ teeth that stadium security have been instructed to frisk anyone wearing canvas for hidden blunderbuss. Seen loads of stuff where lids are rushing out to proclaim him as “the answer” to our woes between the sticks. Let’s just let him be game by game until the time he achieves a run of games being boss or proves that he we need to buy a new keeper, and leave it at that. Stop being bells while you’re at it if you can? Nice one.

We gained our first win way back when at West Brom, and that was meant to kickstart us to better things. Yet here we are months later desperately wanting another win to kickstart us to mere comfort in the league. How aspirations evaporate so quickly when Everton sprinkle their magic dust eh?

It wasn’t meant to be this way. But it is, and what you gonna do about it?

Right into these blues.