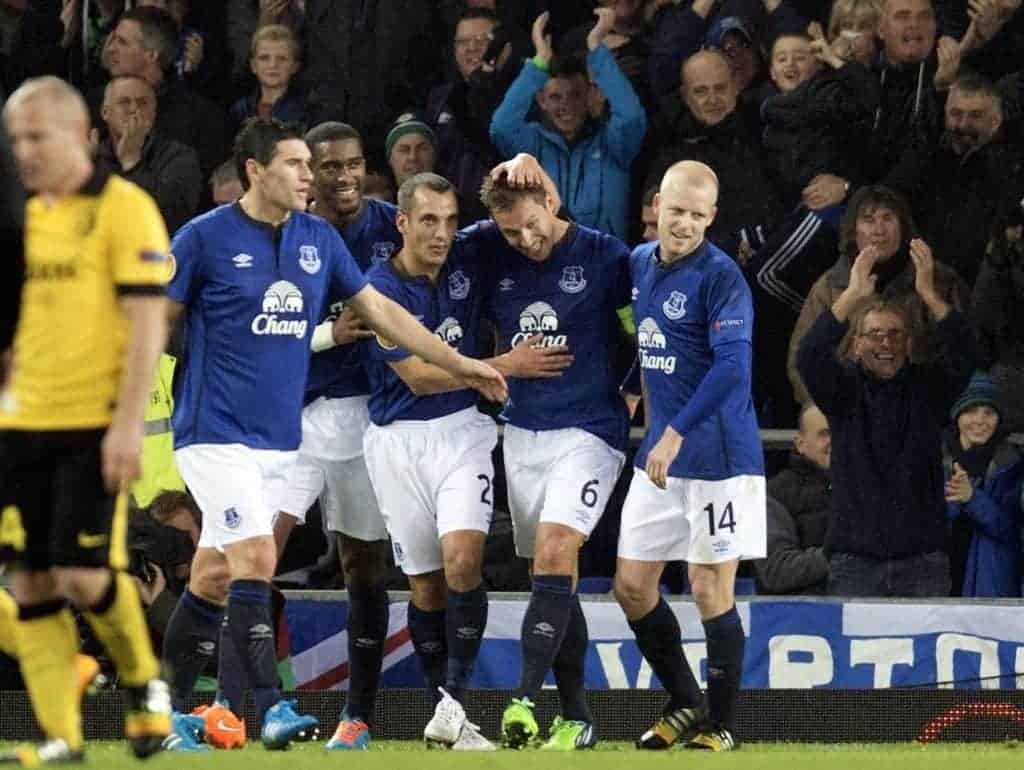 A convincing 3-0 victory over Lille maintains Everton’s position at top of Group H.

Leon Osman opened the scoring on 27 minutes, doing well to control Aiden McGeady’s cross before placing his finish into the top corner.

Phil Jagielka made it 2-0 on 42 minutes, heading in an Aiden McGeady corner.

The third was scored by Steven Naismith. Romelu Lukaku dragged back and found Leighton Baines on the overlap, who found Steven Naismith who rifled into the roof of the net with his left foot.