Refreshed and ready for more Everton? You BETCHA!

The inconveniencing international break hardly damaged any momentum from a winless start of the season, pretty much the same last year although naturally that doesn’t mean that we will kick on now and blast most things put in front of us. But heaven knows how we need to kick on real soon.

Our last league game was one of the most peculiar matches at Goodison for quite some time as Chelsea sexed us their sexing attack at will. On leaving the match I heard the following analysis from the spotted agitated youth in front as he shouted as happy Chelsea fans walking down Country Road: “shut up yer beauts we battered yers but you just scored six goals”. Quite.

There was no getting away from Chelsea’s quality in our final third and we seen enough from Everton in their final third to know that someone is gonna get tonked very soon. That won’t be occurring until we sort ourselves an efficient defence, maybe we should give Pistorious’ lawyer a shout as on that front?

Anyway that’s a tough open out of the way and fortune smiles a little better on us with a visit to a struggling West Brom – on the same points as us – yet that excitement is tempered by the challenge of it being the first of seven games in twenty ones days. As far as crucial periods of the season goes it won’t be more tighter than this.

West Brom were expected to struggle as – let’s not beat around the bush here – they have not very good players. For a chairman who is meant to have such an astute business brain he does seem to pick not very good managers. The latest in their hot chair was stolen from the Everton payroll in Alan Irvine.

It’s risky business making bold predictions online so I’ll swerve giving my particular commentary on how well or bad I think Alan Irvine will fair, despite him having most of our good wishes for time well served in the best interests of EFC. He’s never really had the fan base on his side from appointment and that makes any task harder for a Premier League manager. The impish media will only seek to widen that chasm of dislike if results fail to pick up.

There’s not much to dislike about West Brom so they receive a walk over in terms of cruel things being wrote about then in this week’s preview. They’re a fine old club with fans that only assault your senses with the persistence of that Boing Boing pish. At least it makes them happy I suppose. In the same way that a toddler can open a musical Christmas card over and over and over again without boredom. 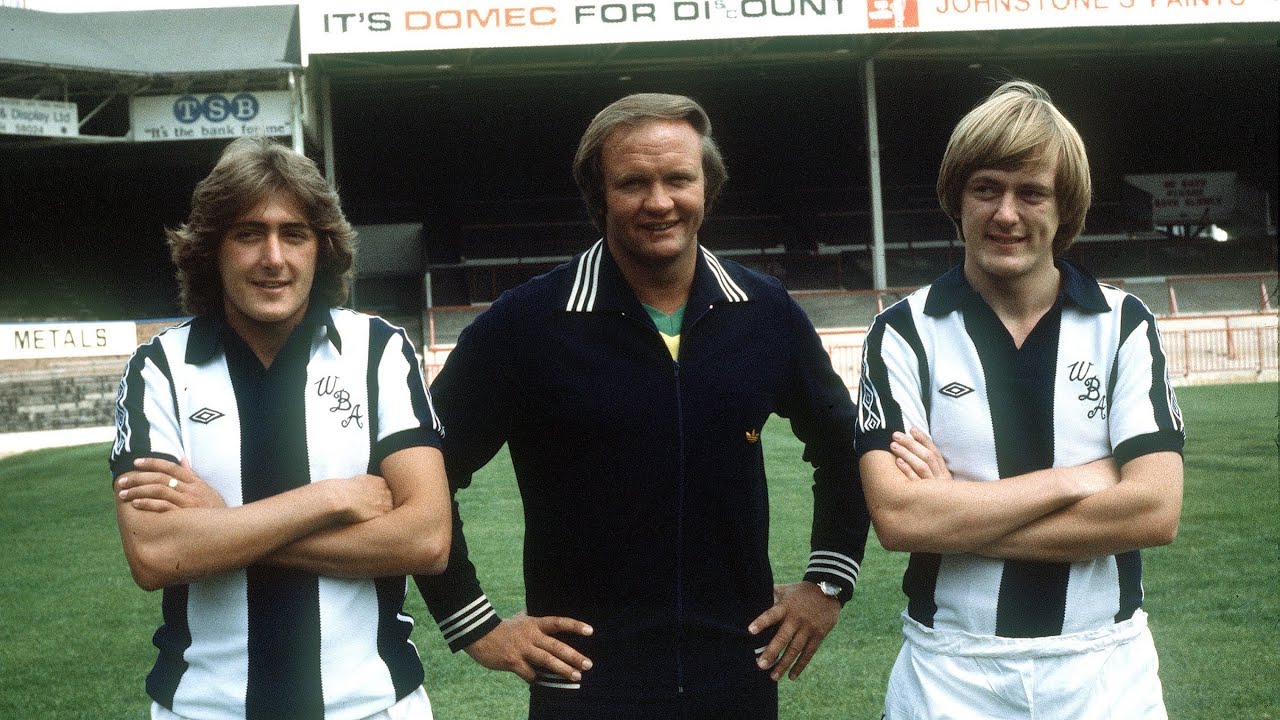 The Midlands is a strange place with it being a big vat of nondescript English culture and feuding rivalries that really don’t make a lot of sense as they all look, dress and talk the same. In terms of look there’s the natural bad hair that often resembles someone growing a skinhead out and not going the barbers for ages, so a big unruly mess inches it’s way out of the scalp and they resemble the meffy kid in class who always had a snotty nose and soles which flapped off their minty trabs as they ran along. The fashion is more Kumar than Gansgear and their audible sound when speaking is like someone’s used Songify to mass comedy effect.

Harmless though and that’s never a bad thing. Not the best night out so I’m pretty sure that too many won’t opt “to make a weekend out of it”. It’s full of wannabe be local hard cases who look identically like The Big Boss man, but one existing solely on a chip shop diet.

They have some injuries clearing so there will be some more options for this game, one of which will be Samaras up front. Stop laughing at the back. When Samara isn’t wearing ill advised muscle tops letching at fat single mums in the local village he is prone to running about up front and not scoring. He had one half decent game for Greece in the World Cup and that was sufficient for West Brom to swoop. It’s akin to us resigning James McFadden. You still missing Moyes?

Anichebe is fighting off an injury but could be in contention for this game so whoever is playing him best get used to him assaulting them with his back before thumping the air imperiously as he fails to get a free kick. No hard feelings on Victor, he was sound for us so hope he does well after this game. They just signed some striker from FIFA14 called Ideye for ten million pounds, a record signing for West Brom. All solid options when you compare them against Samara.

Sessegnon is still there and should play behind whoever gets the nod up front with the talented young Berahino – a jarg Brazilian Englishman – on the right and captain Chris Brunt is apparently winning his fitness race to take the slot on the left, if not then probably Varela. 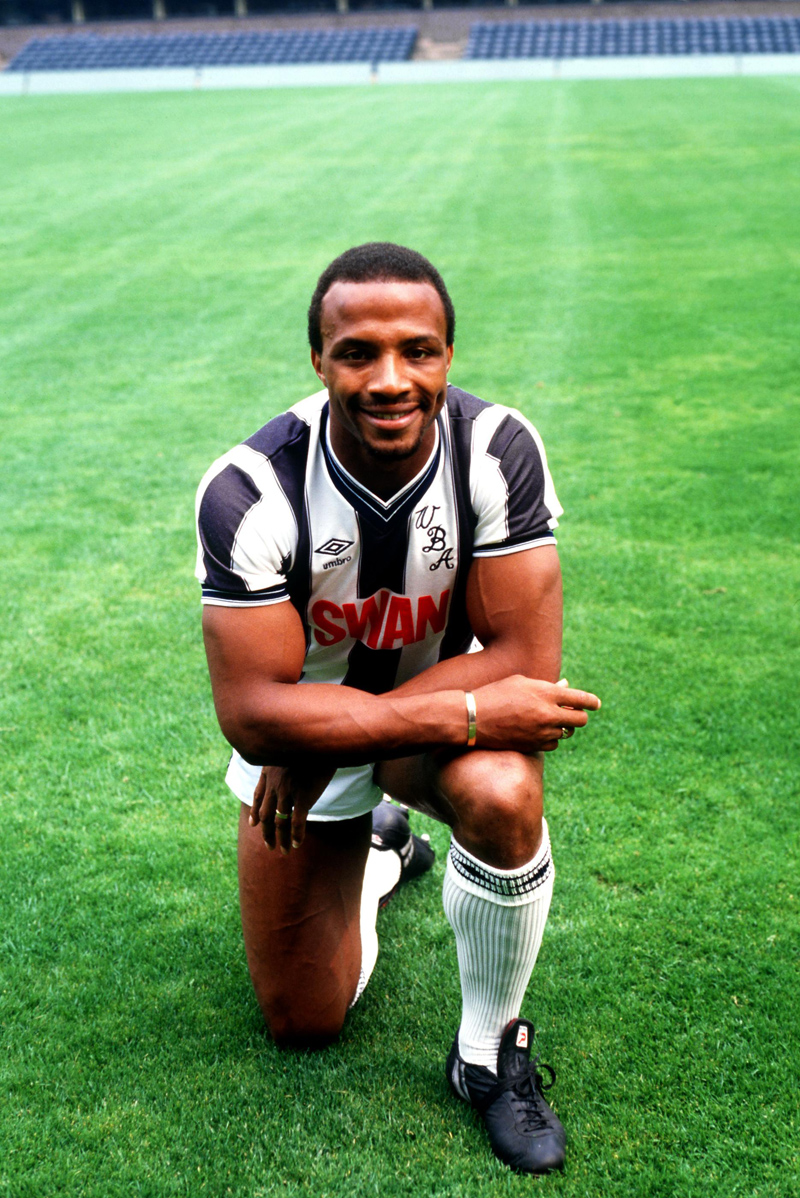 Mulumbu picked up a knock on international break and will fate a late fitness test which never ever results in anything more than manager brinksmanship to keep the opposition guessing who will start. There’s the options of Yacob and Gardener to partner him, which is not unlike looking in your bathroom cabinet and seeing Hi Karate and Joop as your only two options for an aftershave on that big night out you got planned.

Lescott is in line for his debut and will shore up a defence in need of it. Quite a good signing for West Brom that as he’s still a very decent defender even if the man is a heaving anus. The tit was quick to reference Everton fans when City won the title rubbing it in as a reason why he left. Sound Joleon, you’ve crapped in your cornflakes on Merseyside so feel the fury of our acid tongued ninjas you baddest of all texans. Unconvincing Chippendale reject Olsson should partner him or whoever in defence. The full backs are Pogonolli and Gamboa. No, me neither. And their Player Of The Season (always ominous when it’s a keeper) Ben Foster is the same as the rest of the squad in trying to get over an injury, his thumb, to make the starting eleven.

West Bromwich Albion ladies and gentlemen. That’s the size of it, which isn’t really much size but our beloved royal blues are no great shakes either at present. So let’s talk about them.

Eto’o made a scoring debut from bench and then went and got himself injured, word on the street is that he’ll miss the next few weeks. In what must be the most injury-ridden preview ever we also have Lukaku rushing to be fit for the game against his ex employer. They know all of his talents over as West Brom as we do, and we need him firing if we are to start picking up important points.

Good news on Barkley responding well to treatment but opportunity knocks in such circumstances and the soon to be non British front man Naismith has more than took his chance. In an age of super athletes on the pitch it’s nice to see a footballer who works hard for the cause and utilises his other talents – including finishing – to good effect for this Everton team. It’s on this basis that I’m willing to overlook that he passes more than a startling resemblance to Kryton. Good on you Ste.

Pienaar is back in full training but this game could come a wee bit too soon and coupled with the numerous games coming up I’d think he’ll at best have a place on the bench. Late Irish goal hero McGeady seems to be in a bit of form and should get his chance, you get the feeling he will be liable to struggle against the best teams when starting but against questionable full backs he has his stage, we will have to see if he takes it. One man impressing me is Kevin Mirallas who was at times fantastic against Chelsea, they struggled to live with him. A big season from him would be most welcome.

Whilst a lot of finger pointing is happening with the defence it’s worth pointing out that the central midfield have been hapless in providing protection. The usually reliable Barry and McCarthy have got increasing competition from Gibson and Besic – who’s backheel was the prompt for twenty thousand seats flipping back upright against Chelsea – and as much as the defence we need a combination in that position operating to a good level right now.

Everyone has been talking about the defence so there’s not much to add apart from that Jagielka and Distin haven’t become bad players overnight but have certainly gave Martinez a mandate to make some changes, whether he takes that will be revealed on Saturday. Baines seems to be in better form this season which is a distinct bonus left we forget how ace he is and Coleman will hopefully now kick on. Howard in the nets.

Lots of sound bytes have passed in the press from manager and players on the need to defend better and get our season off to a good start and despite the slightly condescending words about West Brom; it won’t be easy as they’re after the exact same thing as us.

We will be playing however in front of a crowd with more anxiety problems than a bad Tuesday comedown in 1995 and we do have the better players so it’s down to us, in our hands.

Everton fans can bet on West Brom vs Everton with William Hill: http://sports.williamhill.com/bet/en-gb/betting/y/5/Football.html