Shane Duffy to Blackburn is a done deal… after reports on Friday that a deal was done for the defender, Duffy underwent his medical this afternoon and made the switch from Goodison Park to Ewood Park.

Everton confirmed the news on their Twitter account after various accounts reported online that the deal was done and dusted:

CONFIRMED: Shane Duffy has joined Blackburn Rovers on a permanent deal for an undisclosed fee. #EFC

The Republic of Ireland international claims that he left Everton due to a fear of stagnating at Goodison Park after making just 10 senior appearances despite coming up through the ranks. Duffy believes loan spells with Burnley, Scunthorpe and Yeovil have improved him and hopes that first-team football with Blackburn Rovers can take his game to another level.

“It’s all about developing as a player and the more I play football, the more I want to get better and coming here is a great chance for that. Of course you want to stay at Everton – it’s a top-five Premier League club – but it’s so difficult to get in and that was the main factor in coming here.

“Last year I played 40 games (at Yeovil) and got on to the international scene so it was a good season for me. I didn’t want to stay there and go backwards again.”

Although Everton’s current defensive line-up has conceded a staggering ten goals in the first three games, Duffy was also likely to be behind Jagielka, Distin, Stones and Alcaraz in the pecking order and this obviously played a big part in his deadline day move, saying he did not want to sit around and wait for injuries at Everton in order to be able to play. 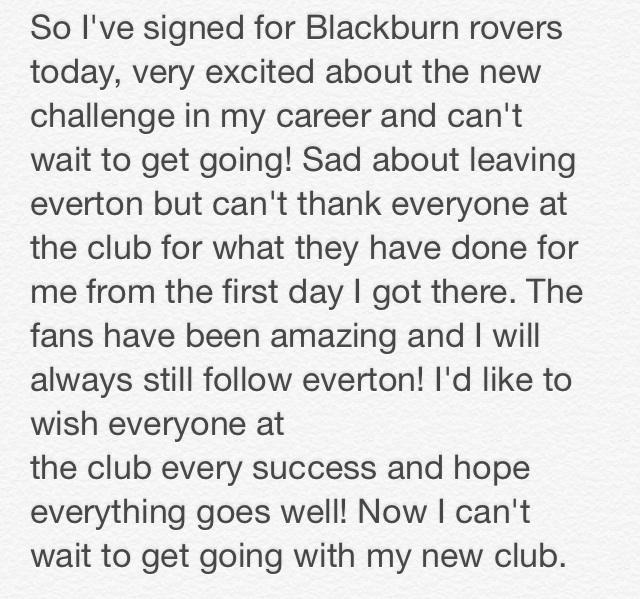