You know that thing that Everton done that made your heart break, or that other thing they done, which made you cry? How about that time when they made you so angry that you acted a proper bellend in front of that bird who you might or might not still be with? 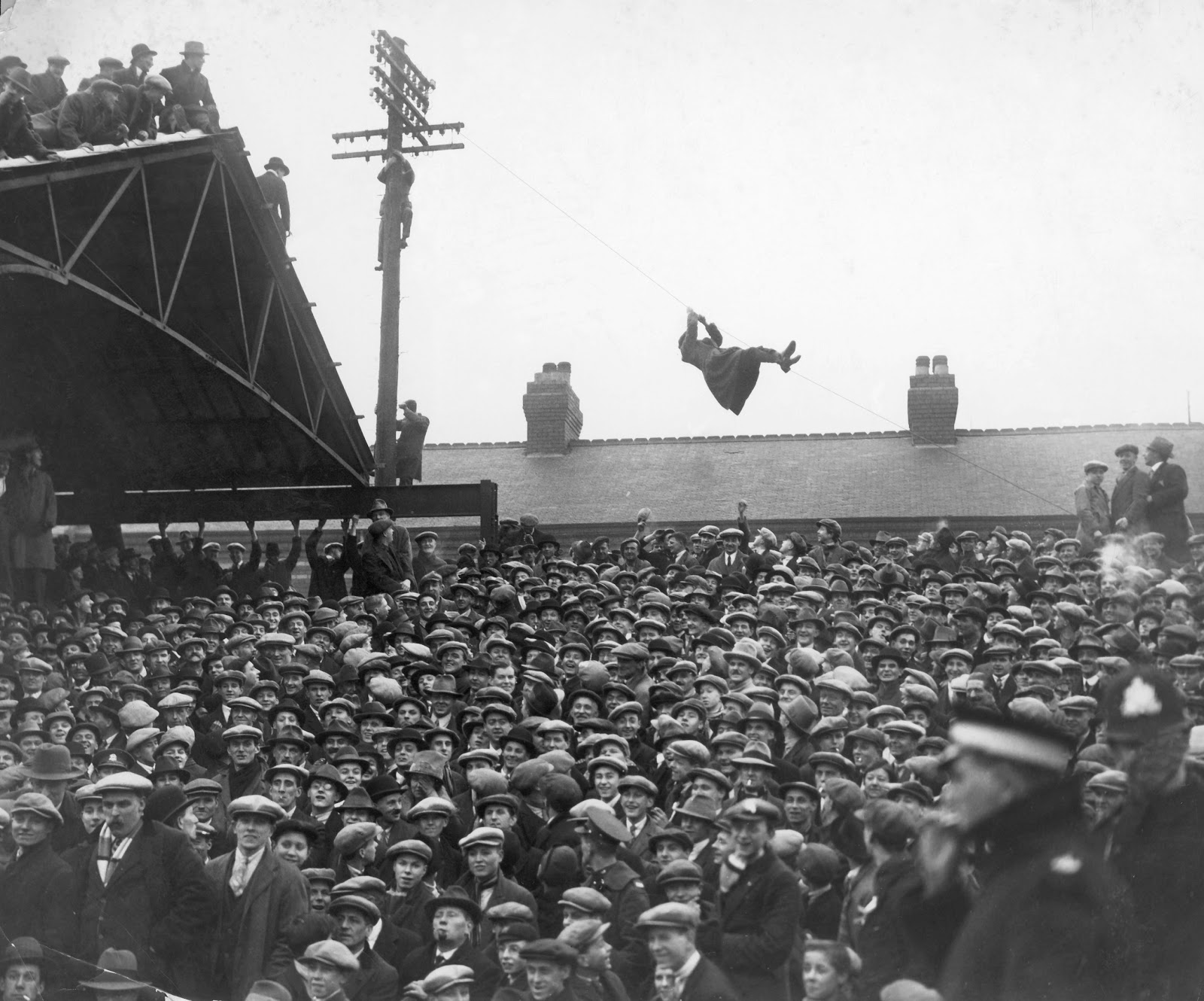 Well that was your chance to swerve Everton. And look at you still here, complicit in what Everton do. Even wanting more. So I’m taking your presence right now as accepting whatever comes this way in this season. All thirty eight league games of it, and league cup games, and of course FA Cup games. And lest we not forget we got some time on the continent this season too.

You sound with that? OK nice one, just sign there.

And beginnings are sometimes the best of things because you don’t know the horrors that are yet to come, or even the glories. It’s all got to start somewhere and there’s no back page spread acknowledging that Kevin Brock moment – only the postscript can pinpoint such things.

And that’s not saying this season will be sound. We’ve set a high bar in the first year of hopefully Roberto Martinez’s long reign but the competition gets stronger and wilier, so for us even to tread water will take an increase in performance year on year.

But who we kidding? The School Of Science is on the way back. That’s not just a throw away line either – and we’re still not dead convinced but we felt something last season that Everton were in the process of being a bit more Everton, the boss Everton that makes all the stars align in your universe and sleep well at night.

The summer has dragged on even with the advent of an unusually sound World Cup tournament. For all the boss games and players, and loads of goals and tropical background; it’s missing something, which is your heart. And your heart is only content in that ageing ground with the funny sight and smells, the angry arl fellas and noises and the plethora of things that make your heart go whoooooah. But you have to wait a week for that because we are starting on someone’s ground, yet again a promoted club with the customary background of thousands of bright-eyed fans going mental at the advent of returning Premier League football. Add the main cast of a load of not quite all that players busting a gut fuelled by their inherent paranoia at not being quite good enough – yet many of them usually are – and you have not the easiest of first games.

Our uninspiring pre season has been mulled over, perhaps a little too much by some, and already there’s the worry that we won’t be all that this season. Or second season syndrome to regurgitate a trendy phrase. But who knows? Maybe so but we don’t know that yet. We’re about to find out but regardless there seems to be something tangible brewing in the royal blue loins of the club at the moment.

So Leicester it is. It’s customary to have a cheap jibe at whoever were playing, sometimes mistakenly buoyed by Everton doing ace things. Problem is that I don’t mind Leicester folk – they’re alright. But it what is is. 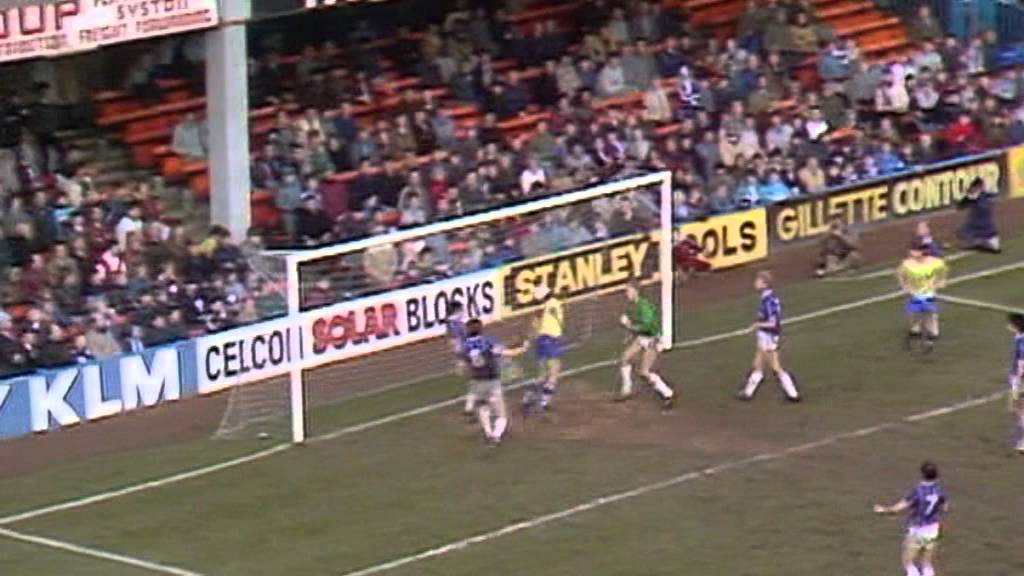 Get the on you tits all buzzing as you found an arl king buried under a car park in your city. Is right. Applied for World Heritage Site yet?

The part of the island where Leicester is harbours some of the most inbred weird places that the British isles have to offer. Take your pick from Derby, Melton Mowbray, Peterborough, Coventry, Rugby and Nuneaton. It’s in esteemed company when it comes to mongville. It’s on that basis that Leicester by comparison don’t seem so bad. But ponder Leicester’s purpose in the great design of the isle? What does it do? Nothing really. Kasabian are from there, which is sound, but that apart it’s as close to the appendix of the metaphorical body of the UK as you can find.

If one of them mad space rocks entered the atmosphere and wiped out Leicester and surrounds it would get some news but in the scale of things not a lot would change. England would keep on turning. As inconsequential as a wee pot burn in the dark spare quilt on the spare bed. The news would be buried under the next thing that happens, like yet another Malaysian Airlines flight going wrong.

As a follow on from last season’s previews it’s inconceivable that the first one that got lost still isn’t found. Terrifying even. You can find your way to nearest McDonalds by an app on your phone anywhere on the planet but a massive plane goes missing and nothing is to be found. Pure Lost. As mystifying as the disappearance of choc ices in freezers up and down the country. How do kids in corpy houses know it’s Dad’s payday anymore?

Back on track – Leicester has few redeeming features, so that coupled with our obvious superior footballing talents should see us get in there and get out with the three points whilst piping down at ease their scrotes who fancy themselves as a footballing giant.

Let’s have a look at their team. A brief look, as it’s clear I’m blagging it. They have one of our own up front in England’s David Nugent. Doesn’t matter if he has only one or two caps from seven years ago, how many caps do you have to be sneering at him? He scored too. He shoulde be partnered by some Argentinian I’ve never heard of who they paid eight million for from Brighton. Soccer!

They’ve got a few injuries so we are meant to be spared some wonderkid called Varney apparently, and Allbrighton who was going to rip us apart from the wing despite being anxiety ridden every time a full back closed him down for a couple of years playing for a rubbish Aston Villa side. If the weird eye Belgian plays then he’s gonna blow their tiny minds.

Central midfield contains Drinkwater and James, of whom it’s said is like a disease without any cure.

I honestly don’t recognise any of the back four, apart from one time kopite ace full back Konchesky who isn’t guaranteed a start but has a sound mar who hates kopites. Son of the second best keeper of the past thirty years in Britain, Kasper Schmeichel is meant to be sound and completes the Leicester team.

Let it be known that revenge is on our mind. We’re coming to claim back that cup you cruelly snatched from our grasp in Thailand, in front of whatever king they’re worshipping now before the inevitable coup that is never more than three weeks around the corner there. Boss roundhouses though. 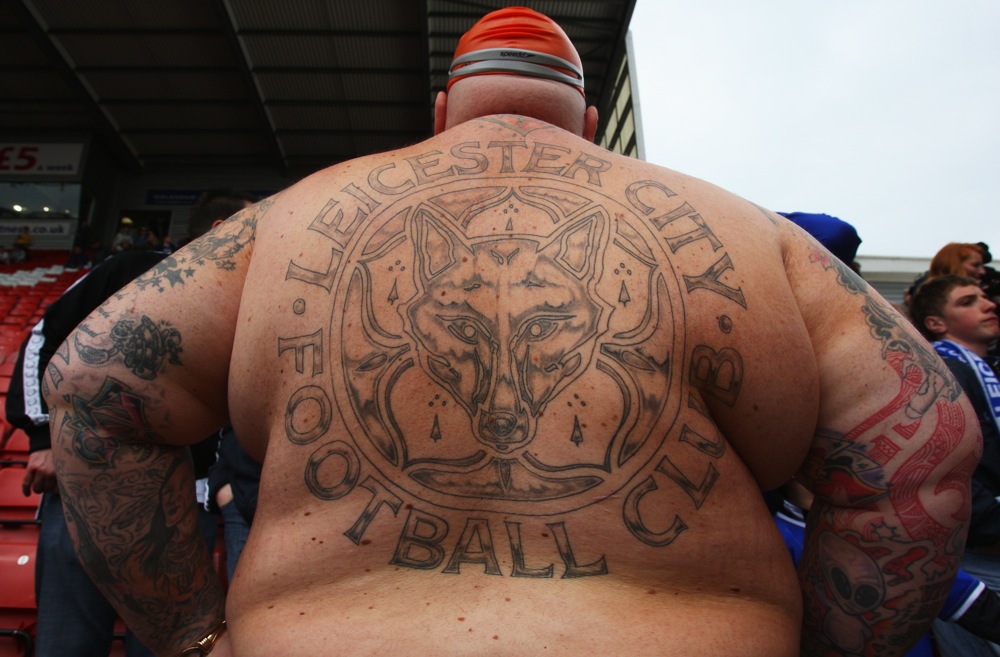 The shade slightly darker than royal blue sexing machine is back for your weekend entertainment. And the good news is that it’s spearheaded by the big instagramming Belgian who apparently has got a moody first touch but scores for total and utter fun. Is right by the way, I can open my heart to him fully now. Whilst I cooed at his antics last season I had to keep a little back, like a boss bird you’re summer necking who’s due to University in the autumn. The grot was wonderful but you knew full well it would be getting all sorts when away from home despite the meek attempts to keep it going. I’ve dug my way into a crap analogy truth be told but I don’t care – Romelu Lukaku is going to do all sorts with a better badge on his chest than last season – or indeed any season before that – just to make you happy.

Don’t know if he’ll start like, if not then Naismith probably.

Barkley signed a new contract with the biggest benefit being that it will pipe down the utter beauts who write about footie for a living in the country for at least a year before he does even more ace things and it’s decided that he’d be better playing for City/United/Chelsea. But worry not, that’s for another day. Right now he’s playing high up the pitch for Everton – the club he supports – and he’s tremendous at togger. He will probably be flanked up there by Pienaar who most of us had forgot about but can be sound on his day, while looking a lot like a clean living Bubs from The Wire as he grows his braids back. And if Mirallas doesn’t start then I reckon McGeady. Or that Ghanaian Ruel Fox we just signed. 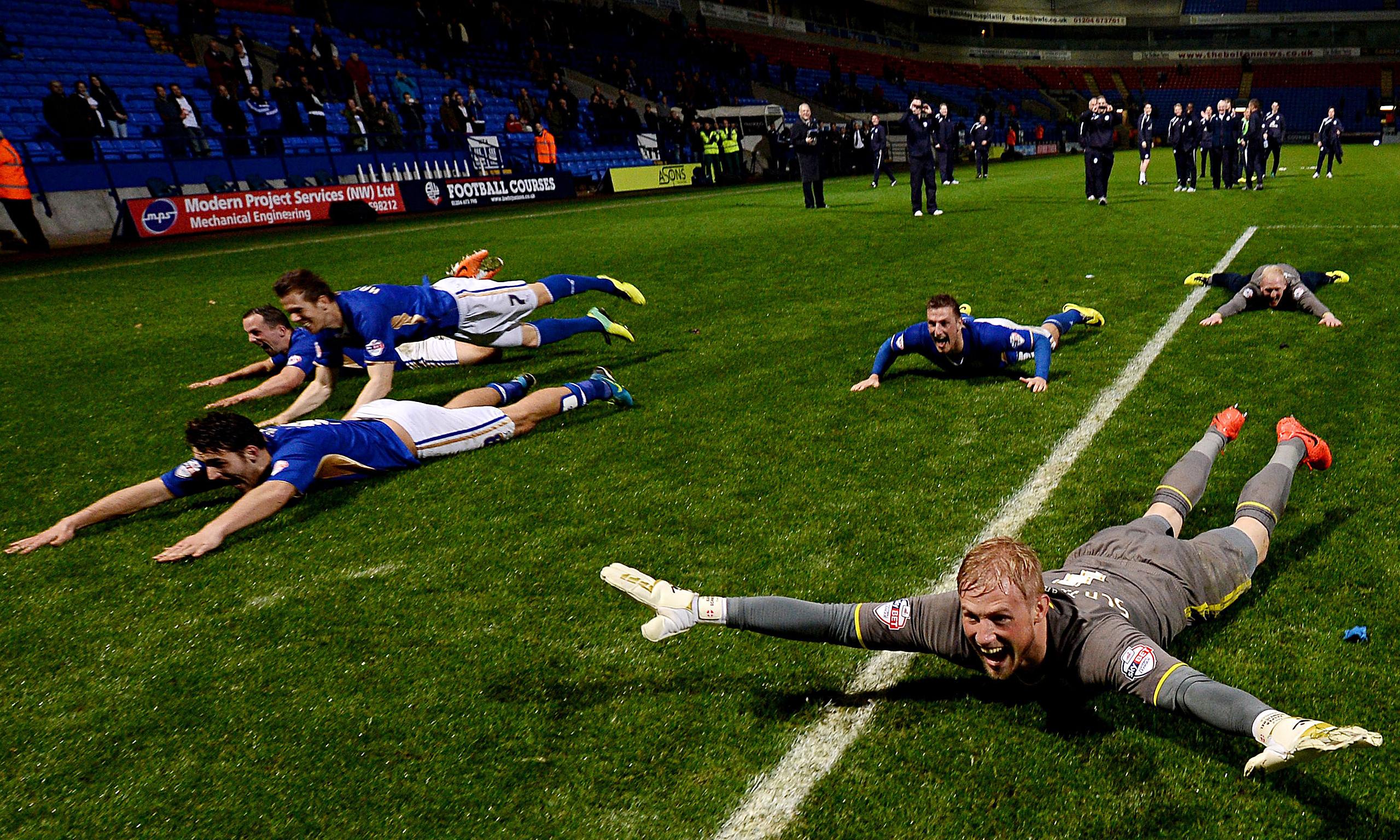 Couldn’t tell you who will start in the centre of the park as we have the best options we have had there for a while. Gareth Barry was so important to the good things we done last season and Everton have thankfully got him to stay for a couple more years. McCarthy was another good thing of last season and can only get better. Throw in a returning Darron Gibson who was arguably our mist influential player until injured and the slicked back snide of Muhamad Besic and you’re likely to see Everton ruin the confidence of more than one midfield this season. As all good Evertons do.

Defence has not been all that in pre season, I can’t look beyond Jagielka and Distin to start if I was to guess, although Stones is there and similar to McCarthy only going to get better. Coleman would be a big miss if he wasn’t fit to start as his absence highlights how limited we are in that position without him, with no disrespect intended to those vying to fill the spot. Could do with a big season from Baines – if he hits any sort of form on that left side then Everton will all the better for it, and for the first time he will have serious competition there hopefully.

In goal is Tim Howard who has really matured into a sound keeper. He is popular at the moment in his home country due a really good World Cup – although it’s customary to sat that a lot of the saves he made in that game against Belgium were ones you’d expect him to. But still, he played well and is a blue, and brings with him lots of followers from a mad country across the Atlantic. I like the American blues too – they’re surrounded by easier options yet they sadistically find it in their heart to get us. The plums, long may they prosper. 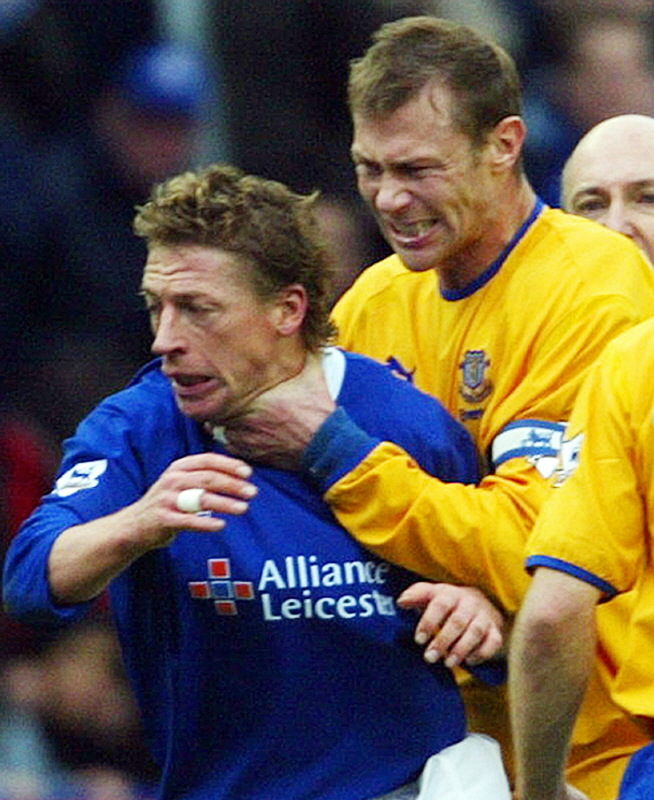 And that’s it really. You know the drill. Aspiring for your weekends to be filled by Everton doing ace things all over the shop to teams from dull towns and cities foolish enough to have a football team that wants to share the same pitch as us, like a skilled surgeon opening them up to have a look inside and fix their problem, which is ultimately being diagnosed as scruffier than us and not as good at football.

Might as well take the appendix out while we are there then.

Right into them blues.