Everton earned £85,027,727 in broadcast payments last season, according to figures published by the Premier League.

Each club’s payment is made up of 50% of UK broadcast revenue which is split equally between the 20 clubs; 25% of it depends on where the club finishes in the final league table; and the final 25% comes from fees each time a club’s matches are broadcast in the UK.

The league’s new £5.5 billion broadcast deal substantially increased payments, with bottom of the league Cardiff City earning £62m, a figure higher than the £60.8m Manchester United earned from winning the league a year ago.

Get the wallet out Bill… 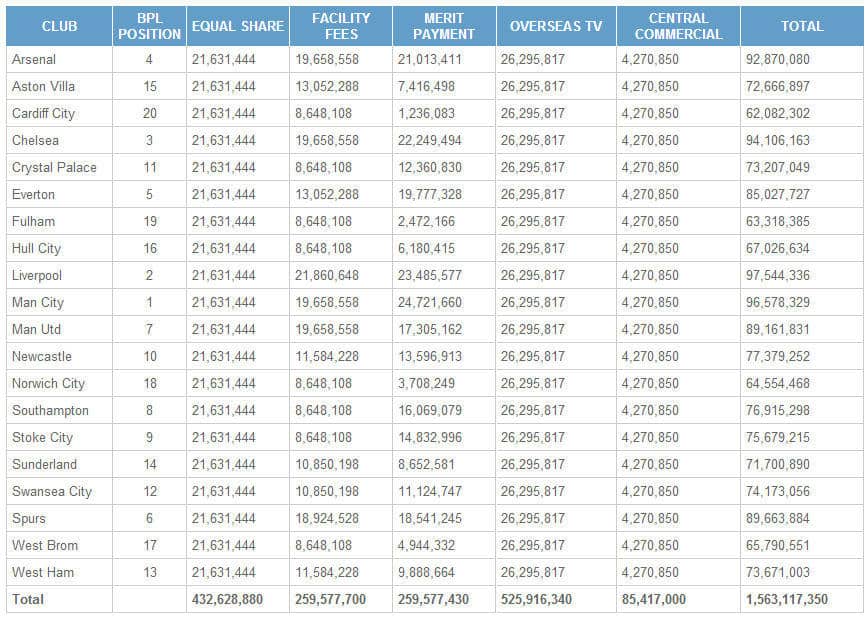