Everton are boss and don’t you ever, ever forget it.

Right, lets get back to it then. Were one point off a plum Champions League place and a side full of ace players. Would you have took 21 points out of 24? Me too. So dry your eyes cowboy and get back in love with the greatest royal blue and white show on the planet. You bastards Palace. You utter, utter cocksplashes. You seen how happy we were, all dead confident and that, and you plunged the knife when you were meant to play dead. Worry not – we’ll be back for you at some point, your manager defo got the team news off some jarg twitter ITK but its ok, were not gonna ask for the points back.

No way. Were looking forward now. Yes siree. Forward only, so what we got next?

If you were making the perfect soup – lets call it the Goodison Snarl Soup – and you were in (the) ASDA looking for ingredients right now, what would you choose? Well since you didn’t ask I’m gonna tell you what I’m cooking. Get in the kitchen and put some easy listening music on the iPad. You got the pans ready?

Some Soup-er Sunday that like. Apologies. But seriously it’s a day isn’t it? The Chelsea blaming show kicking off at 12pm and then our rivals for fourth spot at 2pm, meaning you’ve got a fine warm up in a grimy old pub of your own choice. Then put L4 4EL into your GPS – or just following the excitable dars with boss trabs dodging dog turds all the way to a game that needs little building up. 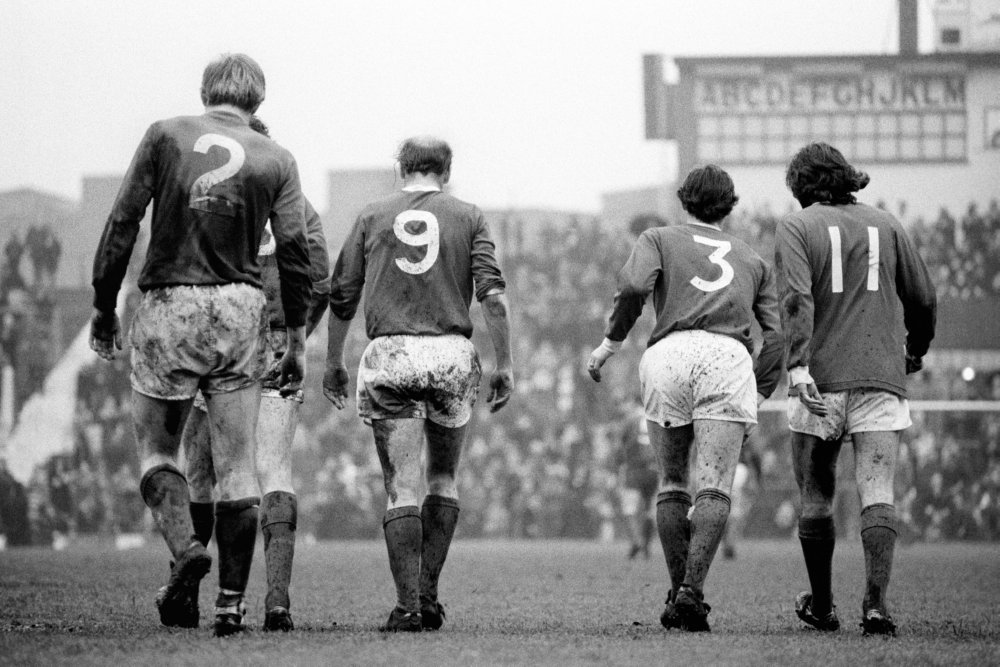 Ever since the summer’s events occurred there’s been an interest in this game and how the return of our former manager would go. How would the respective teams be faring when they matched up so late in the season? What sort of reception would the former manager of Everton get? Well you can answer those questions yourself as Moyes brings a Europa League chasing team to a team chasing a Champions League place in a crucial game so we have lots of experience of what happens next. I welcome Moyes’ steely glare and blunt comments on his inevitable defeat post game.

Only can really decide whether you boo or not. He’s part of our history and he gave us hope. Problem is for him is that it took Martinez to give us belief. And snazzy brown shoes to go with it. We’ve moved on and so has he so this is another game between us and an ace end to a really good season – if you’re not with us then you’re against us, if you will. Its weird to see a faltering United team after twenty years of dominating the English league. It felt good for us last weekend to “do a United” by not playing particularly well away from home but do just enough to pick up the points. Then to balance that we “done an Everton” mid week.

Wayne Rooney, also formerly of this parish, is apparently declared fit to play us and if the media are to be believed is chomping at the bit. It’s been peculiar with Rooney as when he first came back all them years ago he tortured us and rubbed our noses in the fact we meekly lost the best player of his generation on these isles, then since that he’s not been all that. Looking continually half arsed about putting a performance in against us. I don’t want to tempt fate here like – it only heals old wounds for me. But again: we’ve moved on. 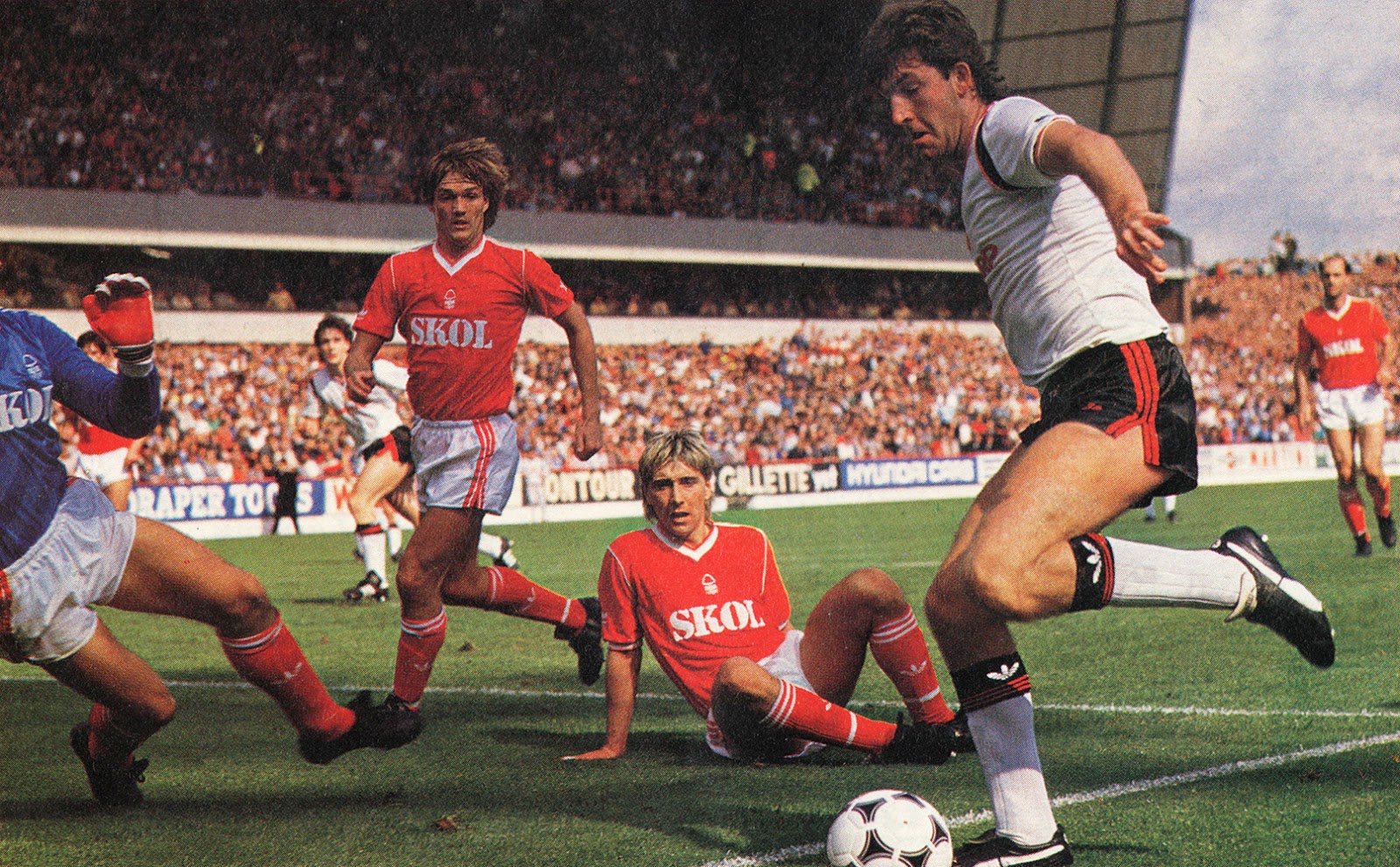 Van Persie is the real goal threat and is beautifully out for this. Another ex Everton face will be Fellaini who is again passed fit to play after a recent injury worry. There’s time yet but it has to be said that the £27.5m banked for the big fella was fantastic value. Or maybe United are just playing him the wrong position? He’s got curly hair and to be honest, I don’t really care where he plays. He will be dealt with. If indeed he plays as it’s more likely that Carrick and Fletcher will play as the deep midfield two.

Behind Rooney will probably be a trio of Valencia, Kagawa and the ever impressive Juan Mata. As mentioned the deep midfield two will make a competitive go of it in the middle against our personnel in there.

At the back I’m expecting Vidic and Smalling to form the central defence, flanked by Evra and Jones at full back. With the Peter Bonetti for a modern age in David De Gea keeping goal with an unconvincing beard that most of us experimented with as we gained some bumfluff on our faces at that age. We so man.

It’s worth pondering that likely line up and comparing it against the wonderful Man Utd teams who have largely came to Goodison and give us a going over in the past couple of decades, well until recently anyway. Does that team instill as much fear in you? No, me neither, and hopefully not our players too.

You can see why were above them in the league at the moment and long may it continue. That will probably patronising some United loving crank in a little west coast Ireland village but hopefully at some point they will educate themselves sufficiently to realise that Everton have won lots of stuff too. The United hangers on always seem to have this blind spot whereas their local hardcore can remember some tankings they have took from us.

I’m not so sure what the black-eyed Iberian sex man is going to pull on them this week. There’s certainly scope for change after two mostly meh performances against Sunderland and Palace. I would imagine Lukaku will be started in some place up front and I also too imagine Naismith is because, well, he’s defo earned it. Fancy that? Well in Ste.

We’ve got a container full of skilful wingers who on their day will make you enthuse about all sorts of things really but on an off day when they’re running into the back of an opposition defender it crushes you a little. Still, better than having Anichebe or Rodwell crow barred out there. Me-ow. I would whatever two that are chosen have the nous to know that this United defence will creak if someone has a sustained go at them.

Wednesday night did have one positive in that we now know that Barry and McCarthy are only ace when put together. Like trabs and black socks really. Trabs without socks makes you look like you’re about to lunge into an ironman warm up and with white socks gives off a whiff of Ohio road trip. The right trabs and black socks just works and act as a handy guide for spotting fellow scousers on whatever scorching piece of Spanish or Greek rock they’re currently on. Alright mate.

Not sure if Jagielka is ready or not, but three goals shipped at home to Palace means he best hurry up, so were gonna get another outing of Stones and Distin. The former developing game by game into a player crush of mine. Really need a big game from our fall backs for this and no mistake. The more effective Baines and Coleman are the further and wider United will be pushed, giving us the centre of the ring so to speak. And Everton on the front foot finding their range are a formidable foe at the moment. Howard just signed a new contract and no qualms here; he’s good to have around the place but not only in the Phil Neville sense. But in the saving loads of boss shots way that he’s found of late.

So that’s the size of it. Same as most of the four games left now it’s a virtual top four play off. Lose and it looks very unlikely.

Which takes us back to that soup we were cooking before. Can you smell it bubbling away yet? No you can’t, because to cook it, well, it needs a flame. And that’s you.

Turn the heat up for them beautiful blue bastards on Sunday if you’re lucky enough to be going, and let them see first hand that the school of science is on its way back.