Everton are playing? Get in! Yeah Everton are sound. They win games and stuff from time to time and make you feel good. Really good. And sometimes not so good. So on the back of a much needed win against a South Welsh club last weekend its only right that we adhere to the old adage “if it isn’t break then don’t fix it” as we welcome another South Welsh club to be sacrificed on the always ace alter that is Goodison Park.

Actually went a bit over the top there – towards kopite territory. Boo Everton, boo, this is terrible. Get McGeady on Martinez and stop trying to be Ajax lad. They play in red and white.
It’s apparent to the world and his dog that were a little bit anxious at the moment. Were fortunately in a position where we have sufficiently enough of two elements to keep us clinging in there; boss players and an urge to fight until the final whistle, even against adversity. That will see us just about sound this season I reckon, maybe not to where we would have liked to finish but this is a start and the Spanish fella whose peninsula on the front of his head is agonisingly soon to turn into an island will do us right for a few seasons yet. Just think of all that Chang money to spend? Howard had hair when he came too; hope you turn out a bit like him.

Home form has also been impressive. We’ve won every single home game since Sunderland spawned us on Boxing Day – that particular result ended almost a calendar year unbeaten but sometimes as was levelled at the previous manager our conservatism brought us some frustrating draws. Martinez’s team always seem to find the decisive goal to win it. And there’s a two-point gap between a draw and a win, the most important gap to fill in this game called top league togger.
With a bit of foresight I would have been purposely vague on the part of the world where Cardiff are from to save more of the usual weak stereotyping and lame-trying-too-hard quips for this week but I’m not that bright.
There’s also one massive hurdle I struggle to overcome in previews and that’s if I actually don’t mind the team were playing – and that rings true for Swansea and even worse for me: its people.

I’ve been exposed to them a lot of over the years. The males are usually really sound once you start to understand the words like header, tidy, tamping, tooth pronounced tuff and bow & black. I’ve been down there plenty and its one of the better places on this moss covered isle where a scouse accent doesn’t bring out beauts thinking that its open mic night at the local Catholic Club.
They’re fairly uncomplicated and have the all-important appreciation of impending doom that brings them in line with Evertonians – of which there are plenty of blues down that area. Put a drink in them and they progressively turn into incomprehensible melts that can’t let their head hit the pillow until they’ve either had a pointless fight or slept with someone they shouldn’t have. I think it’s because of the perpetual rain down there and the fact there is literally nothing to do.

Lets face it you’d swerve the odyssey of small town Saturday nights out down there  – a visit to a gypsy camp accompanied by your Grandmother on a gary would be more socially stimulating and rewarding. You fancy fell walking? Ace. What about throwing some pebbles into an estuary? Go on then. Driving in a poorly done up Yugo through identikit country roads full of interbred farmers sneering at you from their Merc 4X4s? Rather. Throw in some castles and suited arl fellas singing you’re just about set. Sorry, I nearly forgot about the kid bumming musicians.
It’s a team that was doing well and predicted to kick on this season under the seductive ways of the better Laudrup brother but that’s all gone wrong. I’m not quite sure how and I’m not too arsed but they’re fighting for their lives like a Boko Harem attacked village right now.
Club stalwart (is this word used anywhere else other than football?) Garry Monk has took over and is doing his bit for trying to convince the world that gingers can be trusted despite that recently being debunked big style by a combination of Homeland and David Moyes.

Have they found that plane yet? Terrifying enough, but on shark infested waters?  Arl arse.
Up front despite a tough season the big money signing Bony has found his stride and done well in the position vacated by the boss striker formerly known as Michu. In many ways Bony would be ideal for this Everton team but that’s never gonna happen, Chang emblazoned counterfeit money or not.
They will tip their cap to their old manager by mimicking his formation – the three behind Bony are probably Pablo Hernandez directly behind, flanked by Routledge and Dyer – or maybe even Hammer Horror’s Jon Shelvey, once prince to Steven Gerrard’s king.

De Guzman and little Britton (sic) will sit deep in the midfield and tussle with our two there. Defence isn’t too bad at all with Chico Flores and Ashley Williams. Full backs will look to bomb on in Angel Rangel and Ben Davies and behind them is the usually impressive Michael Vorm. Its not a bad team really – and it showed in the first half of the recent cup game. They can play nice football against any team that lets them; and there is the key, a team that lets them.
Hopefully the team that won’t let them do just that this week will be the royal blue buccaneers representing the Hot Wok in L4.
Having Lukaku up front, even a not particularly on form Lukaku is a much more potent Everton so he will start. Behind him there’s a few options including hero of the reverse fixture Barkley and Leon Osman but I wouldn’t be surprised to see Steven Naismith get the nod this week. Mirallas has struggled to find form all season which puts his usual slot on one of the wings under threat by McGeady’s cameo which has got progressively to the point where some blues are now naming him as man of the match for the previous game. I would have expected Pienaar back for keeping the ball purposes but it seems its a game or two too early so someone else, you take a guess. McCarthy and Barry are a given in centre mid and the only question is in defence being whether Jagielka is fit to return or if Stones continues to deputise. I know one thing though – he won’t be a deputy for long, some lads just have it and he certainly does. Coleman’s timing is so good that Switzerland ring him twice a day to ask the exact time to the second. We need Baines to rag these as he can. Tim Howard will play in goal.
So we need a confident Everton to find itself. Take a lesson from Putin – Goodison belongs to us and woe betides anyone who thinks they have a claim to it. Sack them. We were boss once you know and we will be again. 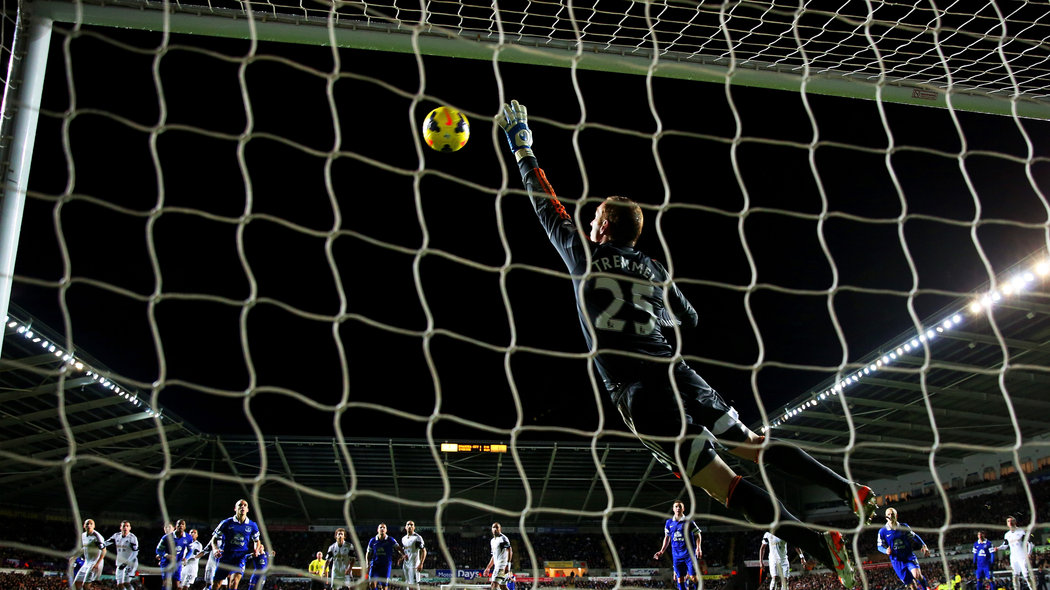 Right now I’ll take some of that Everton making you feel good on a weekend-to-weekend basis. You sure you want this Swansea?