Another international break? Do one Blatter you toad faced beaut. Although as far as pre international break and derby warm ups go: youÂ´ll not find many more tantalising fixtures than a trip to the bottom club in the league who are manager less and lost their last seven games on the bounce. Aye I know its Everton. 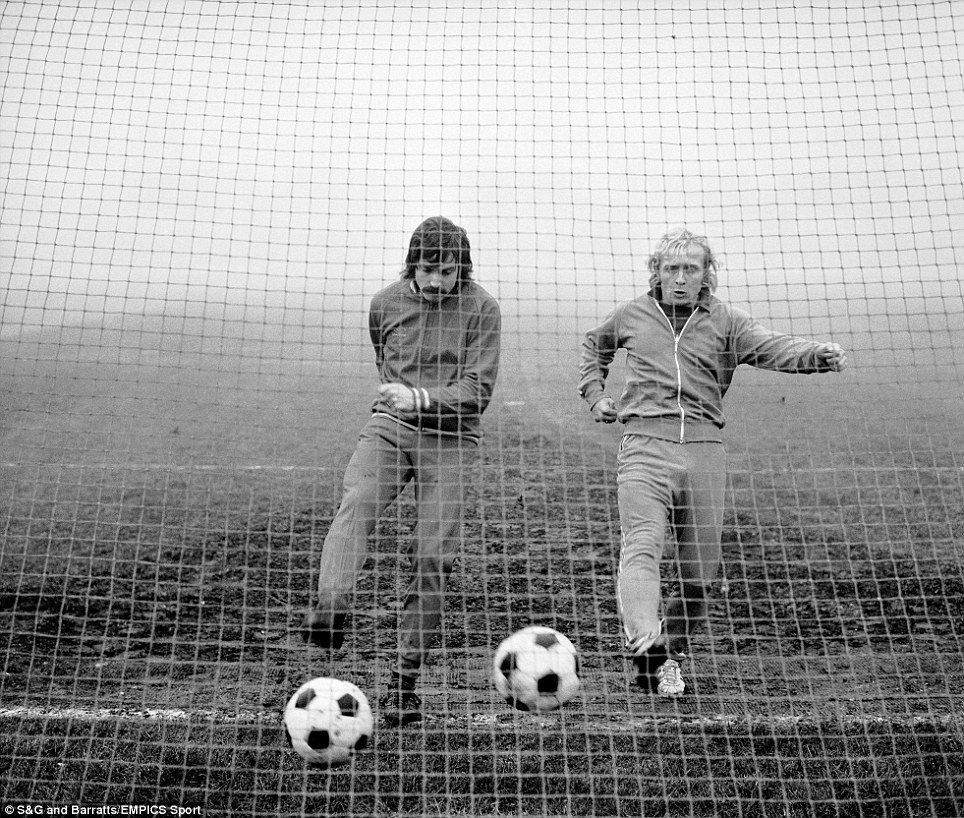 I thought that was it now pure weekend togger until late winter when England will play someone relatively crap and give them a chasing resulting in the usual chainmail wearing tits starting to talk up their chances.

The real worry of course is a game against that aforementioned team scrapping for their lives and throwing themselves into moody challenges and our players getting done in a pointless international friendly. Itâ€™s the most Everton thing in the world apart from a ten-pint of bitter soaked arl fella calling James McCarthy rubbish because he stays on his feet too much.

Last game out turned into a fair point against Spurs. Didnâ€™t look as though weâ€™d get anything after a first half stern bumming, as good as Iâ€™ve seen anyone dominate us for a while that. AFC L4 Azules are made of stern stuff though and put the southern coloured boot wearing quegs on the backfoot in the second half without either team actually look like scoring. 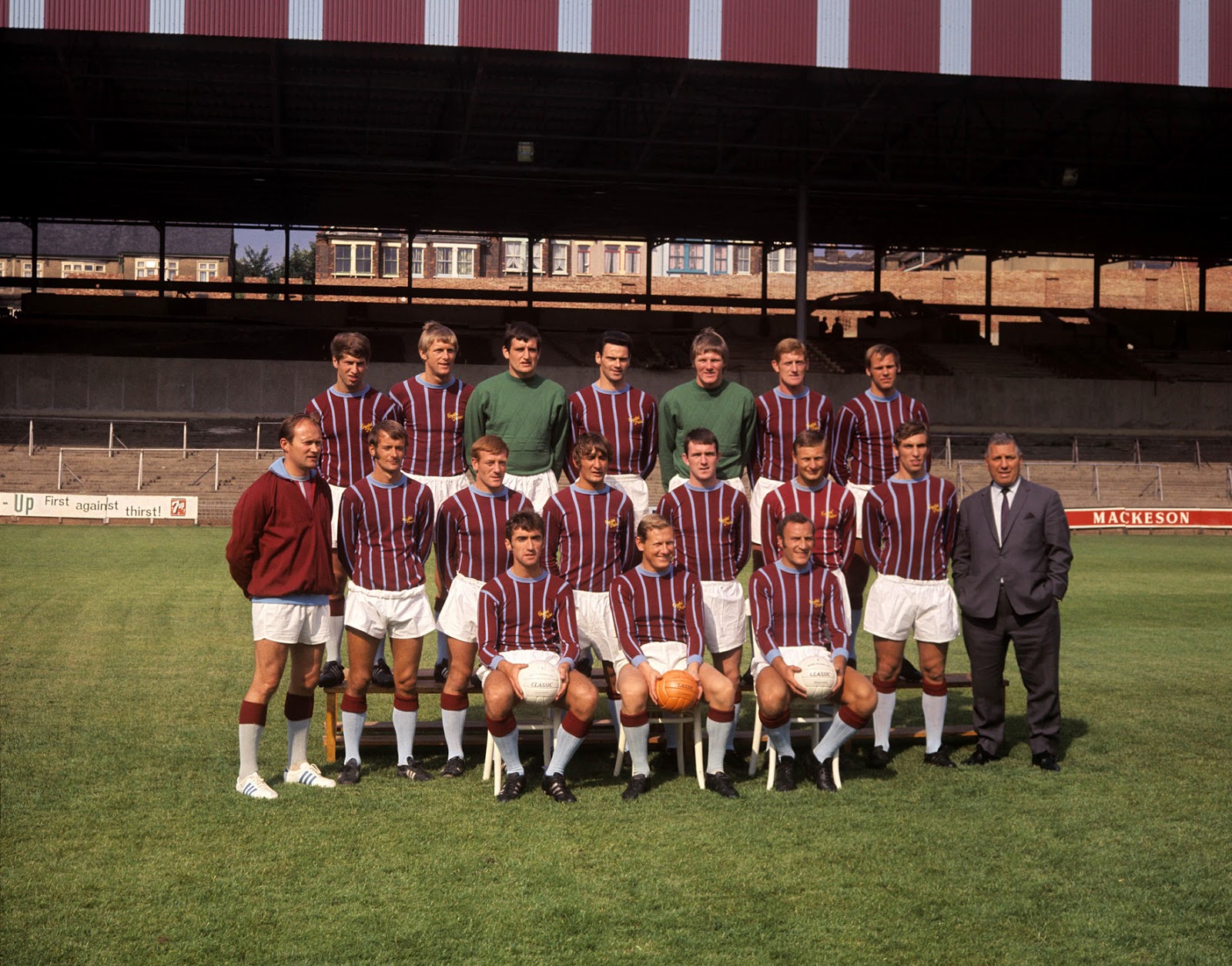 In yet another example of collective national boredom much was made of LLoris taking a knee from Lukaku in what can best be described as an innocuous challenge. Of course now its been turned into a war of words between both camps supposedly and a national outcry for concussed players to be auto subbed and rushed to BUPA emergencies within 20 minutes. Honestly just f*ck right off you tedious over reactive flutes.

I was dismayed to look at the fixture list and see another team I donâ€™t really mind coming up, meaning two consecutive weeks of trying to find appropriate words to at least fit in the over subscribed internet world of sh*te fan previews. Itâ€™s so much easier when you are up against a team of bells from a backwater hovel. Still, cup half full influenced by our muy positive new leader â€“ there wonâ€™t be dead angry tweets threatening violence from a poorly tattooed resident of crap town waiting for me. 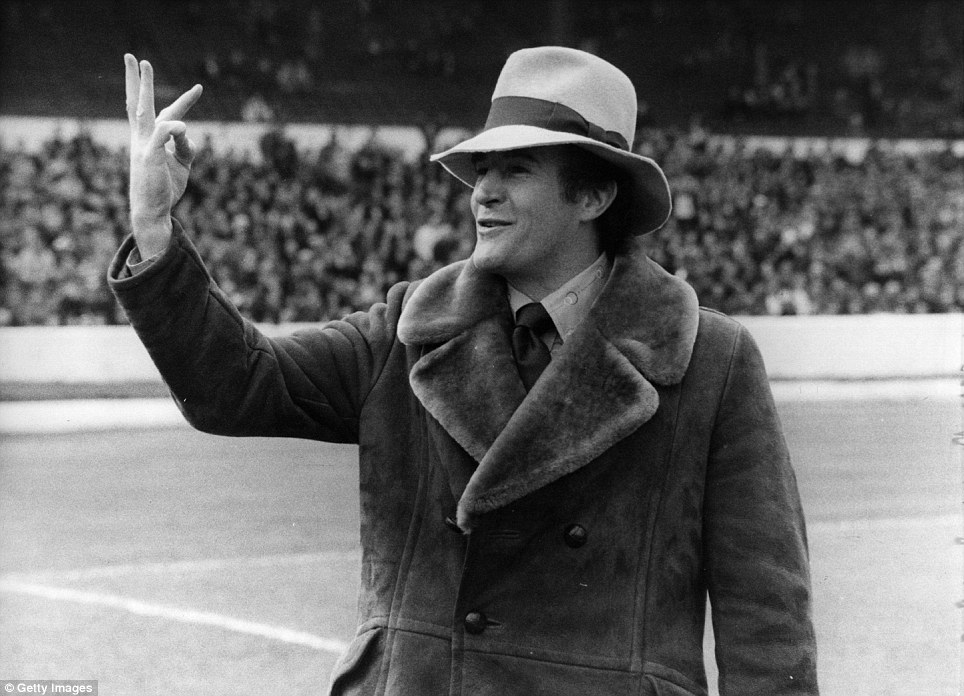 Crystal Palace are back in the top division, one which theyâ€™ve graced from time to time with some short lived vigour. I can pretend otherwise but thereâ€™s a lot of goodwill for them based on them slapping the bumbling pricks across the park into more than twenty years of meritocracy with a beautiful 1990 semi final knock out courtesy of a winning goal by none other than casino bothering chapped lips nugget Alan Pardew. 4-3, boss. Prior to that Liverpool spawned anything even if it was in a 20/80 against their favour so it was welcome to watch Palace take it to them. For the purposes of the preview Iâ€™m gonna swerve Chris Armstrong and opening day Lombardo torturing subsequent gash Everton teams.

Palace are part of the massive hinterland called South London that is one of the hardest areas in the UK to define. Itâ€™s a grey void of sink estates, unloved gypsy settlements and crap civic centres with everyone else pretending to be from Sussex while aspiring to eventually settle in Brighton. Never Kent though, that place absolutely hums full of crap haired teds. For want of a better description â€“ South London is the south of the river plazzies to North Londonâ€™s famed territory.

In this open mass of urban decay thereâ€™s some nice little villages tucked away with hard nosed BNP voting locals taking turn to piece in Neighbourhood Watch schemes, stickers proudly in the windows and all, and stocking up in illegal weapons for the day they fear the most â€“ when the Albanians or Romanians start trying to buy property in the village. Theyâ€™re so desperate against potential infection that they double barrel up their names to make a clear statement that nothing less than wannabe middle class is welcome around their hamlet while over the hedged brow you can see the tall tower blocks and Polytechnic turned into poor luxury flats on the horizon waving to them in a perceived veiled threat.

As mentioned Iâ€™ve never had an issue with any of their fans â€“ in fact I like them as itâ€™s a club that still has a local pull and an appreciation of football firmly on 3pm on the weekends as an excuse for loads of lids to get away from fattening, frigid and increasingly annoying wives in comfy pubs watching the occasional good game of togger and aspiring for better days. Its all levels and not too far removed from where weâ€™ve been lurking for far too long. 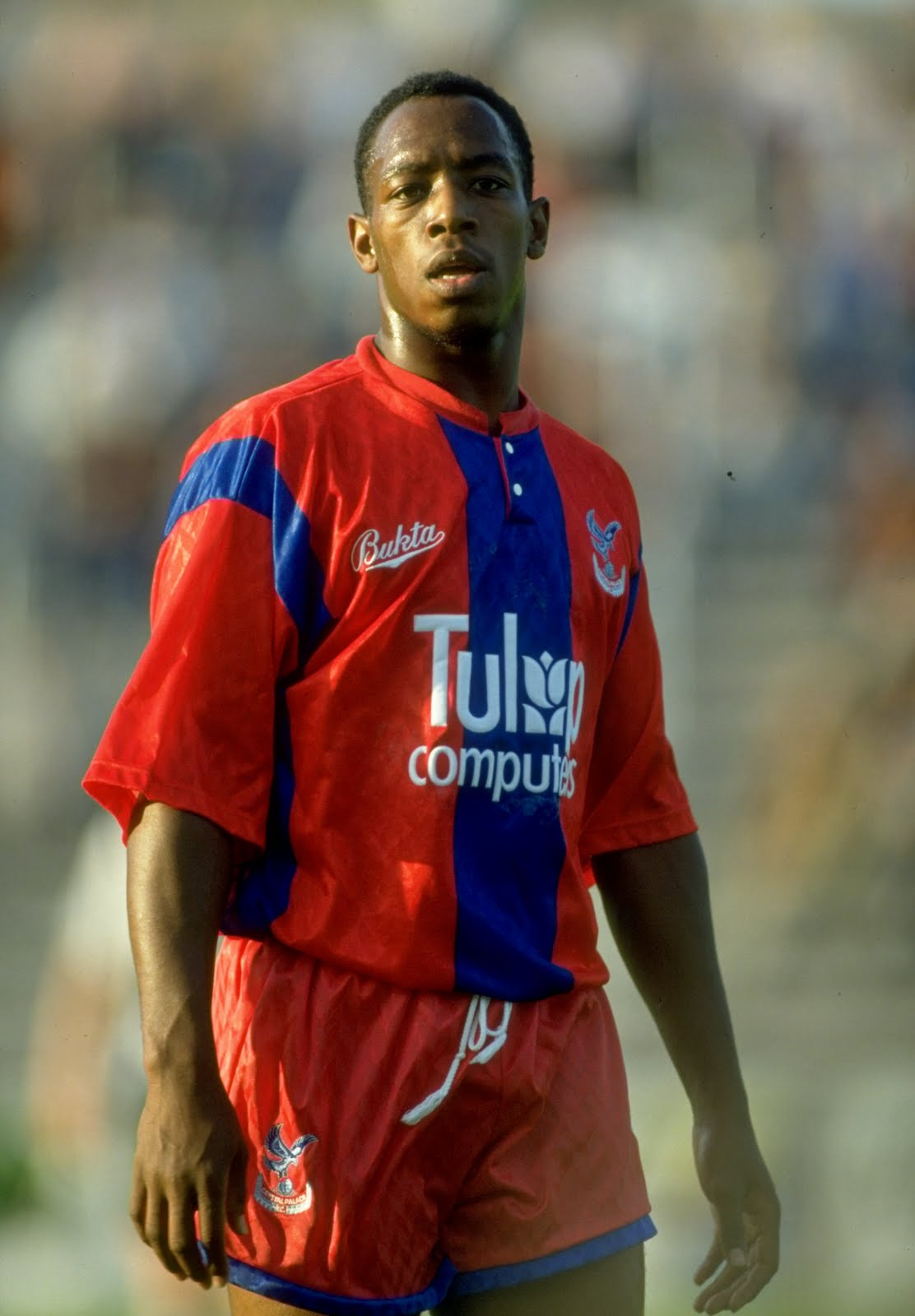 It would be ace if you could have unlimited funds to buy the fancy haired footballers of the world but whereâ€™s the fun in that? Its akin to flying drones around the world and assassinating any moody foreigner you donâ€™t quite like the look of based on Wikipedia info but itâ€™s a one sided dull pastime. Palace know this and without patronising them do have their wee moments of ace.

The team obviously at the moment is utter pants. Its not fit for top flight survival and its down to one man and his ego, being their former manager. When the prick comes out with being moved to tears by the Kop before he plays then (Christ) you wonder how a group of young lads is going to resist ripping the back out of him. But thatâ€™s Olly! He so fun! He so zany! He only know how to attack! Love him! Love him please!

I hope the cider drenched titwad gets turbo syphilis of the face before coming to his senses. Back to the lower leagues you go lad. 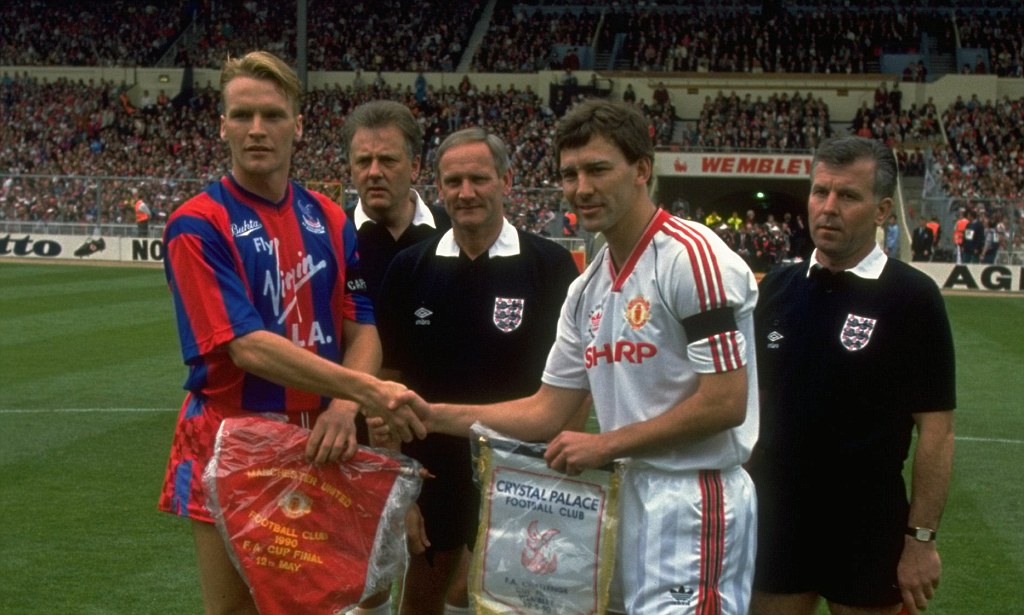 Stand in manager Keith Millen used his five minutes of fame to issue a battlecry prior to this game, yes an actual battlecry. He said heâ€™s told the players heâ€™s going to war with Everton on Saturday at their gaff which is kind of sweet. Is this a prelude to a jaded tippy tappy Everton getting volleyed off the pitch in a show of defiance for the troubled Palace team? Probably not, just give Lukaku some high energy carbs and pass the ball to him and watch their folly. A shame to see their fanbase so defeatist and I hope it perks up for them, theyâ€™re much preferred to the assorted list of tubes hoping for a Premier League run. Barkley should be putting dubbin on his boots looking forward to this one.

Up front they have go-go-gadget necked Chamakh once a big money hope for Arsenal who turned out more interested in vying for the title of player most likely to look like reeks of Lynx Africa in the Premier League. In fact on looking at their three most recent line ups I barely know any of their players. Put it down to ignorance in some way on my part but who honestly thought they stood a chance of securing sufficient points to stay up with them players? That ludo eyed bellwipe ex manager isnâ€™t it.

Theyâ€™ve got a few lids with multiple haircuts who will bully the living sh*te out of Southend of a Tuesday night but if, and itâ€™s a definite possibility being us, we donâ€™t grip them by the neck and roughly â€“ and I mean really roughly â€“ pummel them into the ground then forget all those daydreams youâ€™ve been having of this current new Everton era and get back to other weekend pastimes.

Transparent skimming over of the opposition threat now gone, we can focus on the reason youâ€™re here â€“ those sometimes boss footballers of Everton FC.

Lukaku was a worry after being savagely butted in the knee in the only recorded act of hostile French aggression in 140 years. Thankfully heâ€™ll be sound to play as Kone is goosed and you remembered what it was like to have Jelavic falling over up front. I said it before but this type of game is made for him and Barkley. Theyâ€™ve been a bit off over the past few games so not better time to put down a pre international and derby marker. Go on then.

McCarthyâ€™s gonna so get sent off isnâ€™t he? Heâ€™ll be sniding round the midfield like a hyper mid sized terrier being unleashed on Freshfields beach for the very first time. Barry will be tutting and making sure no robbed Ford Capris are endangering him.

Mirallas looks like he canâ€™t be arsed this year, normally youâ€™d put it down to poor form which is understandable but heâ€™s got the enthusiasm of a Community Service sentenced worker cleaning the paths outside your moss covered front wall. Once that Catalan wonderlid starts passing or scoring heâ€™ll be sulking on the bench youâ€™d think while hoping Malaga offer five million and a hefty signing on fee for him sometine in the next calendar year. The formerly ace footballer known as Steven Pienaar will be on the other side of midfield to him.

Clean sheets are good habit and with that in mind, well, you know who the defence are going to be. Jagielka is playing himself back into form and Distin is handsome and more importantly fast. Baines and Coleman againg have been jaded for the past few weeks but should get plenty of opportunities in this game to remind us over how boss they could be until theyÂ´re disappointedly sold. Heâ€™s got a beard, she speaks weird and his long shot saving is to be feared but an in form Tim Howard is going to do his best to repel that fat too modern lightweight ball out of the Everton net to ensure you have a happy weekend enthusing over how boss we could shortly be again.

If your name is Shane and youâ€™re a fat tattooed beaut from Crawley and want to send abusive tweets then thereâ€™s a wee graphic to click on below.

How many more games left? Hello international break and up the toffees.