It´s been and gone and below you´ll find the views of forum contributor Brennan.

Prior to the opening of the January transfer window, there seemed to be a sense of acceptance pervading through the Everton fanbase. Acceptance that as a club ´operating within it´s means´ we would be restricted in the transfer market. David Moyes himself stated that the most he anticipated was ´Maybe a couple of loans´, and it looked for the majority of the window that this would be the case.

Then, out of nowhere, we bid £8.6m on a seemingly relative unknown, Leroy Fer. The news quickly reverberated across Everton fan-sites and Facebook pages, a mixture of disbelief and excitement built up throughout the day until we heard the news that the young Dutch international had arrived on Merseyside. The rest, as they say, is history.

Fer flew back to Holland, the transfer and his dreams in tatters, and Evertonians were again faced with the prospect of disappointment in the transfer window. It was after the evening game against West Brom that a story broke. Everton were apparently interested in the highly rated, and rather expensive, Negredo from Sevilla. There were murmurs that Sevilla may be willing to lower their asking price for the star striker, and many blues went to sleep that night with a renewed sense of optimism about the day which lay ahead.

The minutes and hours passed. Other clubs finalised deadline day deals but Alan Myers, Sky´s man on the ground outside Finch Farm, was left with rather little to announce. The late afternoon signing of John Stones from Barnsley was the sole glimmer of light on an otherwise dull and depressing day for Evertonians. 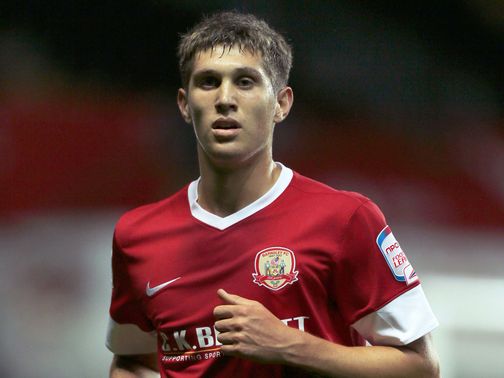 What followed on Facebook, Twitter and other websites was an understandable sense of frustration. Anger at Everton´s failure to sign a big name in the race for 4th place and a Champions League spot.

There were of course over reactions on both sides of the fence, but i´d like to try and add a little bit of balance to the idea that some Evertonians simply wanted us to spend the money on any player we could. That could not be further from the truth, at least not for me.

The centre of Everton´s midfield has been an issue for quite a while, and it is common knowledge that David Moyes was looking to strengthen the position in not just this transfer window, but the Summer transfer window as well. An attempt to capture Steven N´Zonzi failed, as did a deadline day loan deal for Vadis Odjidja Ofoe of Club Brugge. While it was expected Moyes would renew this attempt to strengthen the core of our team, it was the players we were linked with in the January transfer window, M´Vila and Fer, which took many by surprise.

As we now know, Bill Kenwright managed to find funds apparently amounting to £8m with which to launch the late attempt to sign Leroy Fer, and even when this deal fell through there was hope that the money would be spent on other targets that Moyes had surely shortlisted.

The question is, why did we fail to make use of these funds at such a vital point in the season ? With the possibility of a 4th place finish in front of us, why did David Moyes and the board fail to bring in a single player who could slot into our starting line up?

One line of reasoning I have heard is the one previously mentioned, that some would like us to sign any old rubbish to fill up the squad,which is a total exaggeration. I find it hard to believe that between August of 2012 and January of 2013 we could not find a large enough list of candidates at varying price points to strengthen our midfield regardless of our financial situation. This desire to buy a central midfielder was not some last minute plan of action due to a huge injury crisis, it was something Moyes had been looking at for sometime, so why the failure to solve the problem ?

At a time when all of our close rivals have strengthened in one way or another, it is deeply disappointing that we have failed to bring in a single player that is likely to make an instant impact on our starting eleven.

Some may say that the risk of spending over the odds, or paying more than a player is worth, is not worth the risk. To that I would respond; is it not worth spending a million or two now, to increase our chances of reaching a competition worth tens of millions of pounds ? Especially when this is the first time in years that we have been in with a good shot of reaching the fabled Champions League spots ?

Our current team has of course done extremely well to have us in 5th place at this point in the season. But, there has also been a clear issue of tiredness in our recent performances, something which a fresh face or two really could have helped to change. I´m glad we´re investing in youth, and I wish John Stones the best but I struggle to see him making an instant impact and helping us overtake Spurs or fend off the likes of Arsenal and Liverpool.

While 4th place was always an outside chance, it has now become an even more difficult prospect. Even if the other teams around us had not strengthened their squads, we would have still possessed one of the smallest squads in the top 6, if not the smallest. While Tottenham have Sygurdson and now Holtby on the bench, we are regularly forced into playing a 36 year old right back at the heart of our midfield, a team which is supposed to be challenging for the Champions League. I can´t help but think that a calculated risk of two or three million pounds in January must have been worth it. We had the perfect opportunity to grab 4th place with both hands, and now I can feel it slipping from our grasp. Today´s performance against Villa showed a team desperate for a spark, something to wake up some players who are clearly tiring as the season wears on, and my concern is that we failed to make that happen.