Your Time Is Gonna Come

So that´s it, we´re at the half way stage of the season and we´re doing sound.

It´s not the wave of optimistic euphoria like this time in 2004 but back then it was against a backdrop of perennial crap Everton teams, so seeing us on page 1/2 of Ceefax was novelty enough – never mind troubling the Champions League places.

Whilst it´s good to look back on the season so far and see where it went well and what could have went better it will be all eyes on what is to come. It´s common these days to hail each game as dead dead important – it´s a by product of the pay per view era – but for me I don´t think it´s understated to say that the half of season left is probably more pivotal than there´s has been for a long time as it´s going to dictate our short and medium term future for possibly quite some time.

Three years ago there was talk of glass ceilings and much condescending of little Everton over achieving. We sold Lescott and the second good team of the Moyes era was about to come apart. It peaked with a losing FA Cup Final appearance which for those who know their history just isn´t Everton.

It´s obvious that the ownership of the club remains prohibitive for us to make the leaps we need to really mix it up at the top but I´m gonna swerve that on this as there´s plenty of threads about it in the forum and it would seem like it or not they´re gonna be holding the controls for some time yet.

Thanks to astute buying and selling we´re watching a very talented Everton team. How many times have you seen the opposition better us this season? Whilst there has been some frustrating draws there´s also been a lot of good wins and fantastic football, as a result were right in the mix. If we don´t succumb to lots of injuries or a gypsy curse of form then put simply there´s not too many teams who can scare us and it´s been a while since we could say that. Remember even not so long ago when we just couldn´t beat any of the top four teams? Now they´re not looking forward to playing us at all. 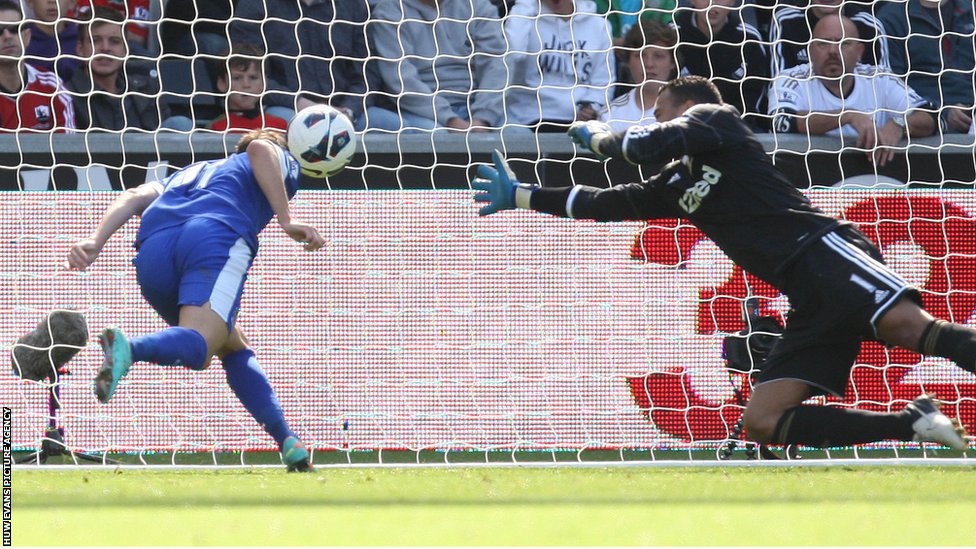 What we´re seeing is the third really good team that Moyes has put together. The first was the tenacious one nil merchants that got us to fourth and never knew when they were beaten, with Carsley, Kilbane, David Weir and a young Tim Cahill. The good team was Arteta inspired, Yakubu sexed and played regular European football. This one has the potential to be the best of the lot but it´s so finely balanced that it could all unravel quickly enough.

A lot of it is held together by Moyes and that´s where the problems could ultimately lie. He´s in the last year of his contract and as of yet there´s no movement on a new one being signed. Many believe he´s the man to take us forward and that´s countered by many who believe he´s not the solution to our problems but for the current set up at Everton he´s a very good fit. He knows it too.

As much as we like to forget it he was fluttering his eyelashes at Spurs last summer and it would have been likely that if they reciprocated the interest then he would have jibbed us right off. That opportunity will come again and facilitated easier when you´re approaching the end of a contract with no compensation payment due for the club who has you on the payroll.

Moyes isn´t Everton and the club will always go on, we´ve had better more successful managers but what´s the chances of finding someone who will get as good bang for our buck in the transfer market which is one of the most essential proficiencies to have on the current Everton manager skillset.

He´s keeping his options open with reason but none of us will be privy to his thoughts or conversations with the club about a new contract. The longer it goes on the more the anxiety is going to increase. Twelve years have passed but in the recesses of our mind there still exists a sh*te Everton with eight defenders on the pitch who can´t win away and the ghost of Walter, Howard mark III and Mike Walker frowning on the touchline.

This third good team needs to make it´s mark and that´s why the remaining nineteen games are so important. It´s going to be a tough ask to hit fourth but we are capable of it. Achieve that and things will fit a lot nicer in place. Not just the extra money to spend on players but the prestige from leading an Everton team in the continent´s biggest competition. 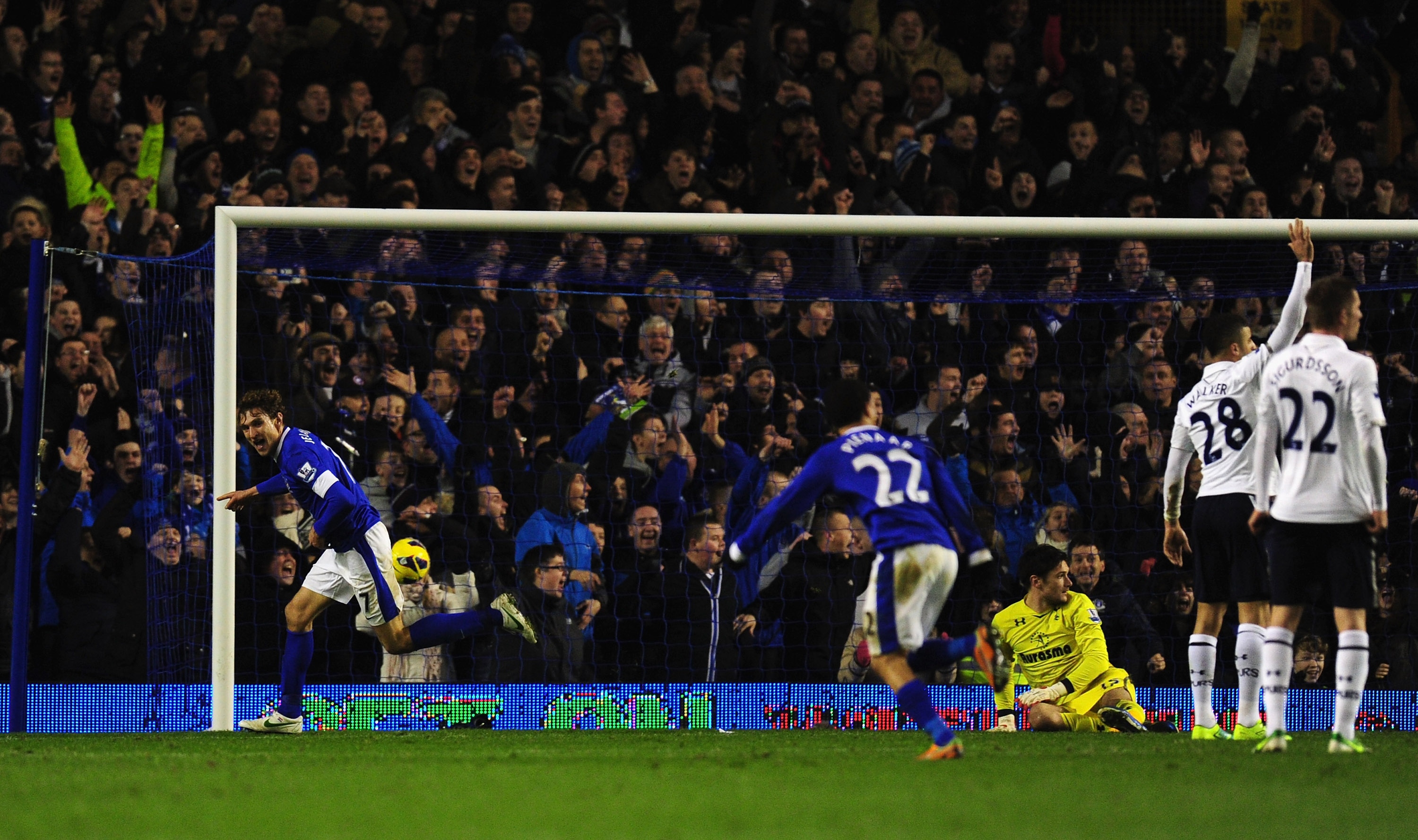 Fourth has been getting talked up from manager and players so while fifth wouldn´t be the end of the world it´s not likely to be enough to hold off advances on our better players like Fellaini and like the Lescott situation four years earlier it´s usually a prelude to worse times as it halts progression and sends the wrong signal to the players you have. We have some good players who should be challenging for trophies in a career with is relatively short. Baines, Fellaini, Jelavic (well, the boss Jelavic), Jagielka, Pienaar, Gibson and Mirallas wouldn´t be short of suitors.

Finishing lower than fourth will likely see the back of Moyes too. We wouldn´t be Charlton waving goodbye wistfully to Curbishley but we´d need either an inspired choice for replacement or ambitious new owners willing to invest in the squad, of which there´s countless examples of that not being a cast iron guarantee of success. See Aston Villa and an older Newcastle. There´s also the possibility of losing some good players as the gravity of a manager they play hard for is removed.

We´ve stabilised and become competitive over the last twelve years but there´s the absence of a trophy. We´re the dead pretty girl from school who´s got crap tits. We need the boob job of a trophy or regular Champions League football. We´re devoid of the sense of entitlement that our neighbours have but we´ve been a full eighteen years without a cup. A quarter of a century without a league win. In the interim there´s been woeful Evertons and while the past decade wasn´t one of them it´s still falling short of what can be.

This obviously won´t be some prelude to an all conquering Everton side that Kevin Brock gave a helping hand to all them years ago. It´s a very different league and business now. But the preserve of the really boss Everton teams shouldn´t be on the Official History DVD or grainy channels on youtube with mad kits.

So while seasons can have the danger of morphing into each other there´s a very lot riding on this. We´ve made a good start to it but like any good team we have to now finish the job. There´ll be nineteen bigger games at some point in the future but right now it´s hard to see them coming any time soon.