Those beautiful royal blue boys of St Domingo will be plying their trade at 3pm this Saturday. With some luck this time theyâ€™ll t**t the guff thatâ€™s put in front of them.

Itâ€™s Thursday so most of us can be arsed talking about Everton again after our second defeat of the season. That should be a sure sign of progress but thereâ€™s the distinct taste of what could have been for this season so far. We should be troubling the top of the table and no one could deny us it. Itâ€™s the best team/football we´ve put together in a generation yet thereâ€™s some things troubling us. Firstly our lack of scoring the goals needed to kill the game when were on top and secondly, time. We´ve got the rest of the season to make this work or weâ€™re in for a tedious summer of the media trying to exit our manager best players for us, and worst of all agents behind them using it to manipulate a nice big pay day for themselves and their clients. Soccer 2012 folks -hope you enjoy the ride.

In the first half we gave out the second biggest pounding of the week to a very average Reading team. We moved the ball better than they could handle and should have been well out of sight. Instead the inevitable happened and they came back into before stealing the three points. Or in simpler terms: Everton sh*t themselves. WBA leaped above us and valuable points were dropped at the top end of a table where all the best teams are seemingly desperate to give points away. Oh what opportunity I didnâ€™t hear you cry.

We should be looking at Norwich and licking our salt ridden lips at anticipation of handing out a bumming. Revenge for the same fixture nearly twenty years ago in an Efan Ekoku inspired weekend Everton decided to dabble in cuckolding at we helplessly looked on.

Norwich then went and beat league leaders Man United and with it a huge dose of confidence meaning thereâ€™s no margin for similar impotent football this week. These need to get it.

Theyâ€™re up to thirteenth in the league which is good going for a team from the chewing tobacco capital of Britain and who lost their talented manager and replaced him with Chris Hughton.

Norwich have been on something of a run with notable victories over United, Arsenal and Stoke at home and putting Spurs out of the League Cup. It now extends to six games without defeat. What is achingly predictable with this is that they have that obstinate quality in teams that we donâ€™t like, that screams late equaliser after us having thirty shots on target and them only getting out of their own half twice. Nothing wrong with that as for so long it was us, thereâ€™ll be no grumbles about parking the bus over the other condescending things other teams hide behind. As Moyes pointed out post game it was his own players he was angry with as they should have put Reading to bed without the need for the referee to intervene.

There wonâ€™t be many away fans present as football is a distant fourth favourite pastime in East Anglia behind sheep herding, barge drag racing and f*cking your cousins. The current national transportation network doesn´t serve the two opposing coasts too well either.

Theyâ€™re not the type of fans who can sheepishly morph into the herd (puns intended) on the walk up to the ground so youâ€™ll see them. For one thereâ€™s a prevalence of Victorian style eyebrows, a keen fancying of corduroy and the air will testify the battle going on between Imperial Leather and bodily odour. Pleasant enough folk though which youâ€™ll know if you´ve ever been there. Testament to the benefits of the simpler life.

They´ve got a few players who youâ€™ll be familiar with and plenty who youâ€™ll not really know. This current Norwich team stars Grant Holt who looks like heâ€™s off a full page poster from Shoot Annual 1978 the scruffy twat. Heâ€™s the big lump up front who scored in both fixtures against us last year and is one of the reasons why I think weâ€™ll see Distin return to partner Jagielka.

They´ve got some tricky little ball players such as Anthony Pilkington and Wesley Hoolihan who can give defensively naÃ¯ve full backs a difficult time if allowed. Theyâ€™re the remnants of the good football played under Lambert and still around this season.

Bradley Johnson and the talented Snodgrass both signed from Leeds and have settled well enough. The defensive side of midfield is provided at present by the athletic Tettey a naturalised Norwegian.

Defence isnâ€™t too bad when you look at it. Garrido is on loan from Lazio and a very decent left back, heâ€™s just starting to find his feet in the league. Bassong and Michael Turner arenâ€™t the worse centre half combination in the league although Whittaker at right back is both sh*te and ugly. Pienaar and Baines should take turns to rape at will.

Ruddy is a loss but in all likelihood wouldn´t have progressed at Everton so well done to him for carving a career and international cap out of it. Heâ€™s still under rated for my money and youâ€™d be hard picked to choose him or Howard really.

From the fresh country air and horse sh*t ridden fields to the spliff tinged slightly dog sh*tted streets of Goodison.

Itâ€™s a bit Groundhog reading these previews with Jelavic lately so Iâ€™ll spare the obvious. I do miss the old him though and EFC suffers for his spiritual absence. Fellaini wasn´t at the races last week and again thereâ€™s been talk about this and that in the media with him having direct comments about whether heâ€™ll stay or leave at the end of the season. Itâ€™s November like. Can the media, him, his dar and everyone else just stay schtum for the time being and let us talk about the footballing season currently going on. Itâ€™s about as tedious as Israel and Palestine twatting each other again. Theyâ€™ll be at it again in less than five years from now too and thereâ€™ll be all this concern and condemnation with the US trying to sort it as some sort of conscientious second cock of the world. And no one is arsed really. Apart from tits youâ€™re electronically friends with on Twitter or Facebook posting hard line comments about it hoping to give off the impression theyâ€™ve read highbrow papers or have an emotional attachment to it. â€œI didnâ€™t know your family were from Tel Aviv Ste, hope theyâ€™re all ok mateâ€. â€œTheyâ€™re not mate I just think whatâ€™s happening is wroâ€¦â€. â€œF*ck off Steâ€.

Anyway what I was trying to say is that Fellaini is out suspended for this so it will be Naismith or an unlikely Barkley starting behind Jelavic.

Osman has being playing well of late (sorry Fox) on top of an England cap he must be gaining a lot of confidence from it. It wasn´t so long ago at Goodison that youâ€™d get the same reaction at him being announced in the team as you would boarding the train to town and the PA system announcing replacement a bus service at Sandhills. Keep it going Osman lid.

Hitzlsperger done really well for the first hour of a full debut with proof of it [URL=”http://www.youtube.com/watch?feature=player_embedded&v=N3uvykF6lhc”]from the excellent Chris Holley on youtube right here.[/URL] Kept it simple and got stuck in but itâ€™s obvious heâ€™s technically good and can only get better. He also looked more of a threat in the final third of the field than Neville who he was replacing. Gibson is back in training and took part in an U21 game this week and it might just be that the German has done enough to ease Gibson back in from the bench.

Mirallas should be back and this type of game is made for him as he acts like an angry wasp round a half empty can of coke around their defence. Importantly it keeps the opposition midfield sat deep as they donâ€™t like him running at them and their defence which allows our own midfield to sit higher up the field and dictate the play. Thatâ€™s about as much tactical talk as youâ€™re getting from me until March. 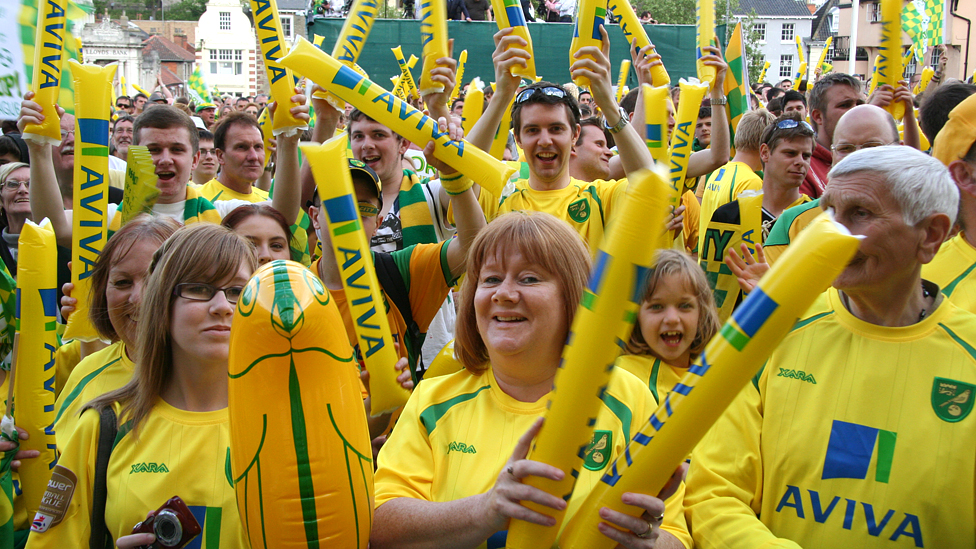 Pienaar hasn´t really got going this season which is a shame. As mentioned before there´s sufficient opportunity for him to dominate their right hand side against Norwich so it would be nice to see him returning to doing his thing, all intricate passes and runs like one of them gazelles you watch being chased by a leopard on Attenborough. But obviously not getting their throat ripped out at the end by three hungry cats.

The defence hasn´t got going this season which is unusual for us and there´s plenty of theories why. Heitinga has gone from being player of last season to running like he´s got the onset of arthritic knees and being a bit meh. Jagielka for the most part has been excellent, I´d like to see Distin partner him for a couple of games. We´ve been conceding from set pieces so he´ll certainly help with that and he still has the useful burst of pace which comes in handy when you´re playing a high line and prone to teams counter attacking you.

Coleman is splitting more opinion than a house with ketchup and brown sauce on the breakfast table. For the record if you choose the former you´re a weirdo. We obviously gain some and lose some from having him at right back. Suddenly we have a right back who bothers the opposition left back which we´ve not had for some time but we´re susceptible to giving away chances or penalties. And come on Seamus, it´s not British Bulldog mate for last week´s pen. For what it´s worth I think it´s worth sticking with him as he´s showing becoming more proficient in the defensive side of the game, highlighted by a brilliant goal saving tackle last week. It probably doesn´t help having the brilliance of Baines on the opposite side of defence to magnify any shortcomings you may have as a young player. Howard´s in goal and that´s your lot.

You know what the target is this season as it´s been on the lips of manager and players: a top four finish. There will not be such a pivotal season in Everton´s medium term history for quite some time.

If we start slotting again then you will look at a league table with not many teams who you´d fancy to turn us over. This is where we´re currently at, were either at the dying embers of a relatively bright star or at the beginning of something really quite decent. Saturday will give us some further proof.