Everton centre-half John Heitinga has put a stop on fans hopes of an Everton resurgence in the league, by stating that eighth is the best the Goodison Park outfit can hope for this campaign.

The outspoken World Cup finalist has spoken to the Sunday Mirror about the limited aspirations of the club at present, and believes that even though the club can win silverware, qualifying for Europe remains a distant dream.

“I think eighth place is all we can really hope to aim for,” said the Dutchman.

“Of course we all want to win trophies. When you finish your playing career you want to show your children the things you have won.

“But there are a lot of good teams in England who have a lot of money to invest in players.

“We have to be realistic and admit it will be hard to beat them all.”

His views will fuel further speculation that the hot-headed defender will once again be looking for a move in the upcoming transfer window in order to win trophies. However, he retained a modicum of hope for Everton fans who desire a bit more than mediocrity in the league.

“Our goal can be about eighth place. If we get there maybe we can then aim higher and qualify for Europe.

“We don´t have a lot of money to buy players, but what I can tell the fans is that everybody here is working hard.

“We all have Evertonian hearts and although the technical ability is important to be successful, so is having spirit and determination.” 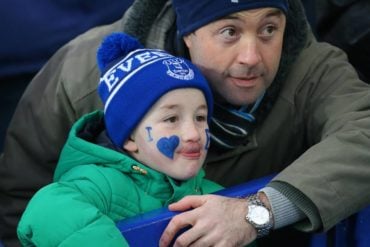