Itâ€™s this Saturday and youâ€™ve already probably got that anxious twitch deep in your psyche at what may be or hopefully will not. 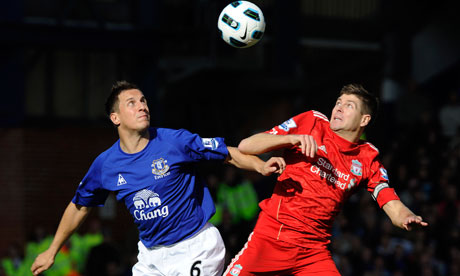 Last game out was a bit sh*te, wasnâ€™t it? The bones have been picked out of our approach to the game but itâ€™s never nice to be beat by them blerts. I did enjoy them imploding playing Munich mid week and having to come down a level or two. Theyâ€™re good, but theyâ€™re not all that.

Your average football fan is a fickle one and will use deep lying prejudices to twist their debate into a winning position. There is however no one at all with the lack of self awareness like the mighty LF and C. Before â€œthe kingâ€ returned it was general consensus amongst my tribe of red mates that he had started the great rot of the bootroom and not Souness. Of course that doesnâ€™t get an airing anymore, and he is of course now spot on when pointing out there have been contentious decisions robbing them of every game theyâ€™ve lost this season, and indeed for the last fifty years. 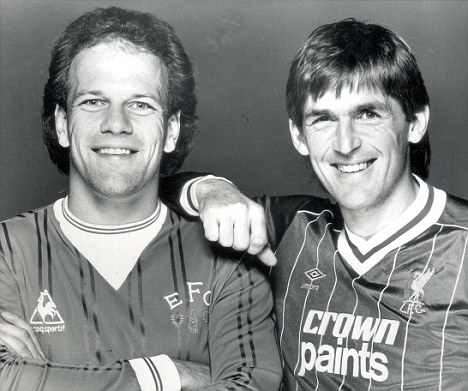 Dalglish looks the same as what he did 35 years ago, although if his face is the mountain then thereâ€™s been a couple of landslides in the interim. He retains the popular support for now but you canâ€™t help but think that itâ€™s never no more than five bad games away from another Libya.

Thereâ€™s a couple of reasons we dislike them, obviously with being our local rivals for the most part. But I think most donâ€™t like them because, well, it just always has to be about them doesnâ€™t it? Theyâ€™ve got a severe case of ADD. Itâ€™s like being born the bastard twin of Elton John.

They love to go overboard. Have you noticed that they have an obsession with certain players attributes being â€œder best in the werld ladâ€. Take Mascherano for example, best engine and tackler, Alonso best passer and Torres best finisher. Of course all those attributes are signed back in at the Shankly Gates when they depart, as weird enough all of them three did. To big clubs too, apparently.

The general buzz in the media recently has been around the resurgence of Liverpool with open necked collared hacks getting excited over how much theyâ€™ve spent. Time will ultimately tell whether it was right or not to spunk what they did on who they did, and if I slate a few of the questionable ones then the watching Beelzebub will ensure that they ram the words back down my throat.

Suarez, and please put those teeth away theyâ€™re scaring the kids, really is one cracking player. Really dangerous anywhere around the box and will have to be watched. Obviously heâ€™s got more than a streak of snide in him but thatâ€™s par for the course with the South Americans. Ominously the micro fodded one is back from injury, thereâ€™s no need to talk about the influence he can have on the game. Careful there Tony. Downing will bring some much needed pace to their flanks and the midfield is solid if not spectacular.

The area where they are weak is in their defence. Carra lar is not the player he was since his legs have turned to cheese and theyâ€™ll be missing a couple of key players there. Obviously to take any possible advantage of this it might be worthwhile playing one of them players that score the goals, a forward or something.

I really canâ€™t see the same team starting as we did against City, it didnâ€™t really work and the flashbacks of Walter Smithâ€™s time were too painful. What we are likely to see if a forward on the pitch and that I think will be between Saha and Vellios. Behind then? I donâ€™t know. Cahill is always good for a derby goal and antagonistic snide but Osman really does make things tick in the same position. Drenthe could be preferred on the left of midfield which should remain with Fellaini and Rodwell in the middle and Coleman on the right. Defence should hopefully remain unchanged, Hibbert over Neville naturally.

ItÂ´s been nearly two years since weÂ´ve lost two league games in a row, typically it was them who inflicted it upon us. Irony is a cruel mistress when it comes to us as you well know. Hope she swerves L4 this Saturday lunch time.

ThereÂ´s two things IÂ´d like to see, firstly it passing without incident after a couple recently had a side story of something happening out of the stadium. For as much as we dislike Elton, heÂ´s technically our brother. Furnish can f*ck off if he thinks heÂ´s part of the family though.

Secondly, us beating the living sh*te out of them on the pitch and winning.