By Tubey
Everton News
11 years ago

Highly rated, fantastic technique and highly recommended by one of the top coaches in world football – yet Diniyar Bilyaletdinov continues his struggle to hold down a first team spot at Everton.

One of Russia´s hottest prospects, Diniyar emerged from the Locomotiv Moscow youth system in 2004 and quickly set about making himself a household name in Russian Premier League with consistent performances, silky technical skills on the ball and a bullet of a shot from his gifted left foot.

When Everton manager David Moyes decided to take him on in England, many of the games insiders considered the approximate £9m fee to be a smart investment for the club. Indeed, Guus Hiddink – one of the world´s most respected managers – had nothing but praise for the left winger, advising David Moyes that he had snagged a gem of a player.

"I spoke to Guus Hiddink a few times about Dini and he recommended him to me," explained Moyes to the press upon landing his man.

"He is a very versatile footballer. He can play wide on the left of midfield, but he has also played on the right quite a bit as well.

"Technically he is very good. He has a nice left foot and he has scored a few goals as well.

Two years on, despite flashes of brilliance, Diniyar has failed to sparkle. Fans have many views on why this is – some point to a lack of pace, whilst others point to a lack of overall work ethic which is a must for any player under the guidance of David Moyes. Some fans lay the blame squarely at the door of Moyes for mismanaging the Russian; not giving him a run of games and dropping him as he emerges into a bit of form.

Diniyar himself has expressed a frustration with Everton´s style of play at times, which he feels does not suit his technical style of football.

"Our team are very good at playing passing football but we rarely do this," stated Bilyaletdinov in the winter of 2009.

"We create chances mainly by lobbing the ball forward and putting teams under pressure."

With the bustling energy of Steven Pienaar on the left wing proving difficult for the Russian to replicate, Bilyaletdinov may finally get his chance to shine as the South Africans depature from Goodison seems imminent. David Moyes will have to re-evaluate his left side attacking options and perhaps this adaptation will benefit the Russian.

There´s no doubting the talent Diniyar has, but Evertonians everywhere are hoping that talent comes to the fore whilst he´s wearing the royal blue of Everton.

Perhaps two years on, the gem we mined from Russia is ready to shine bright. 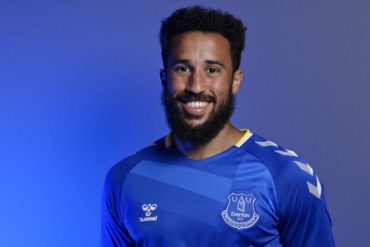 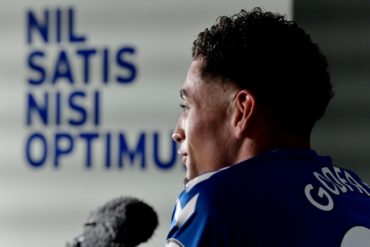