Paul Tait hailed his side's second-half performance after Everton Under-18s rallied to a complete a well-deserved 3-1 victory over Newcastle United at USM Finch Farm on Saturday.

Having gone into the half-time interval one goal down, the young Blues turned it around when Lewis Dobbin's double and Tom Cannon's wonder goal completed a terrific comeback to move the Toffees back up to third in U18 Premier League (North) table.

"We didn't hit the standards we should be hitting in the first-half," Tait told evertonfc.com.

"We did start to create chances but we felt as if we were a little static in the formation that we were playing, so that was changed as well [at half-time].

"That second-half performance was much-improved, though, and we started to open them up."

After a tightly-contested 15 minutes, the away side made the breakthrough. A rare mistake from Jack McIntyre in the Blues' goal gave Josh Harrison the chance to open the scoring, and he prodded the ball home

Everton fought back after the setback and Dobbin ghosted through the Magpies' defence and watched his effort bounce back off the bar, before Liam Higgins' fierce strike drifted over.

As the game wore on, Everton continued to create chances, Cannon coming agonisingly close to latching onto Higgins' teasing pass.

Everton continued to push for an equaliser in the second half. Sean McAllister rose high but saw his header drift wide, before Sebastian Quirk drove his effort against the bar.

However, what Tait said at the break started to make an impact as the young Blues got on the front foot.

"To be honest, we had a little bit of a go at them,” he explained

"They were a little bit flat in the first half and we were disappointed with our performance without the ball.

"We mentioned that at half-time and thankfully they responded."

After a heavy spell of Blues pressure, the equaliser came - Dobbin in the right place at the right time to take advantage of slack Newcastle defending to slide the ball in.

The momentum was with the hosts as the young Blues pressed for another and it nearly came when McAllister almost directed the ball home after a free-flowing counter-attacking move.

The next goal came soon enough, Cannon arrowing the ball into the top right-hand corner, leaving the Magpies' keeper helpless in the away goal.

The young Blues were relentless and with 15 minutes remaining, Dobbin doubled his tally. The England youth international latched onto Rhys Hughes' pin-point through-ball to stroke the ball in off the post to round off a hard-fought victory

Rumours Gibson will be sold in January with Ajax keen

billyblue80 said:
Rumours Gibson will be sold in January with Ajax keen
Click to expand...

Thought he'd have got chance this season.
B

Exeter_Gently said:
Thought he'd have got chance this season.
Click to expand...

He must be injured , no recent appearances for U23s , training or 1st team squad.

Ring master said:
Tonight 8th placed Everton u23s play home to 10th placed wolves looking for there 1st league win since mid sep and hoping to stop a 5th consecutive league defeat,that would be there worst run since a run of 6 defeats in 7 league games 21months ago
Click to expand...

And just seen via a report that wolves say they are showing this game live [sure they normally only show there home games]
so for any that had log in for game at start of the season that will work,if not its a free sign up as usual

Exeter_Gently said:
Thought he'd have got chance this season.
Click to expand...

He probably did too so thinks he's best off elsewhere now

Ring master said:
GAME LIVE ON WOLVES WEBSITE
so for any that had log in for game at start of the season that will work,if not its a free sign up as usual
Click to expand... 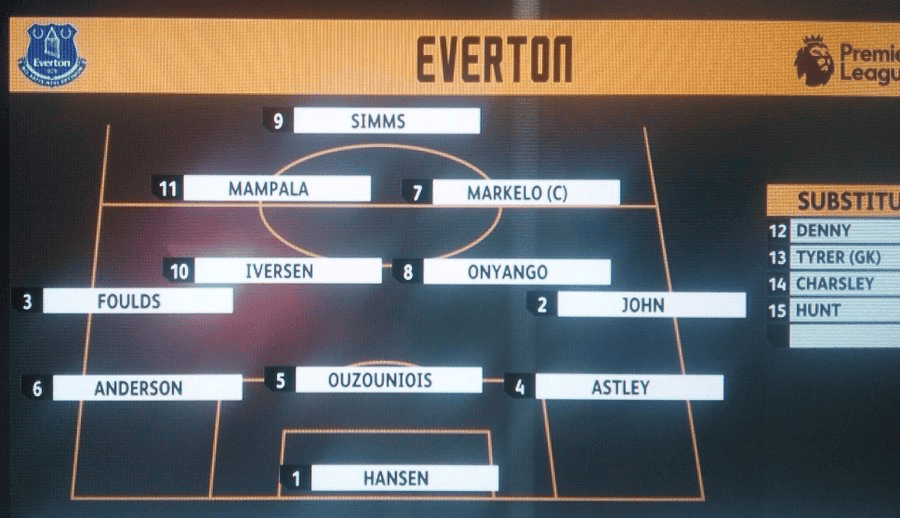 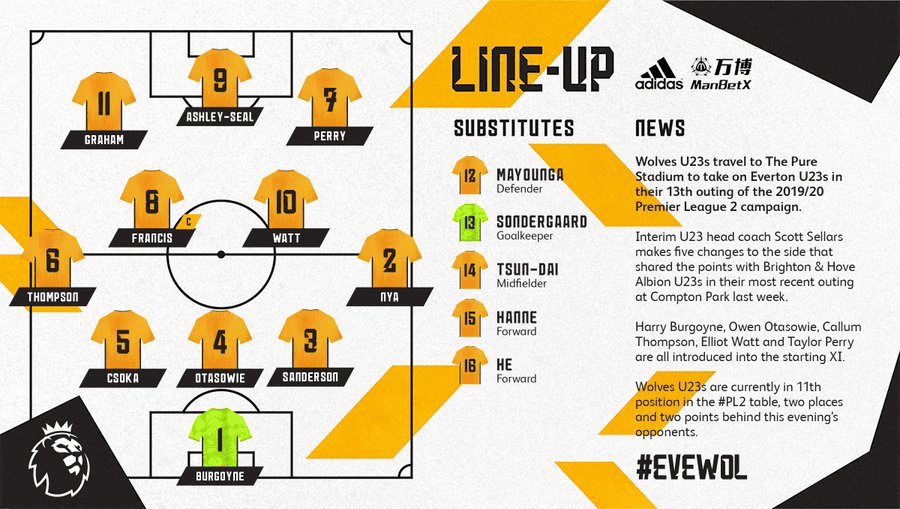 1-1 on 10mins -SIMMS ,error from the wolves back line trying to pass just infront of the 18 yard box,pass goes right to simms who runs and fires past The keeper to his right,1st chance for Everton

Mampala just curled a shot around defender which left the keeper standing still on 12mins,just wide
B

Player Thread Sponsor
Much better from Simms, Wolves gave him the ball and he finished

Another mistake from the wolves back line sees Simms shot saved this time,no real power on it,17 gone

Simms is holding it up well and John always seems to offer an outlet for a long ball on that right wing. They're playing a lot better now after a shaky start.

Ring master said:
EVERTON 2-1 ON 34MINS - SIMMS - Corner headed from back post across the 6 yard box for simms to finish tapping home
Click to expand...

wolves make it 2-2 on 38mins - long range shot that keeper should do better maybe,may go underneath him,it did watching replay