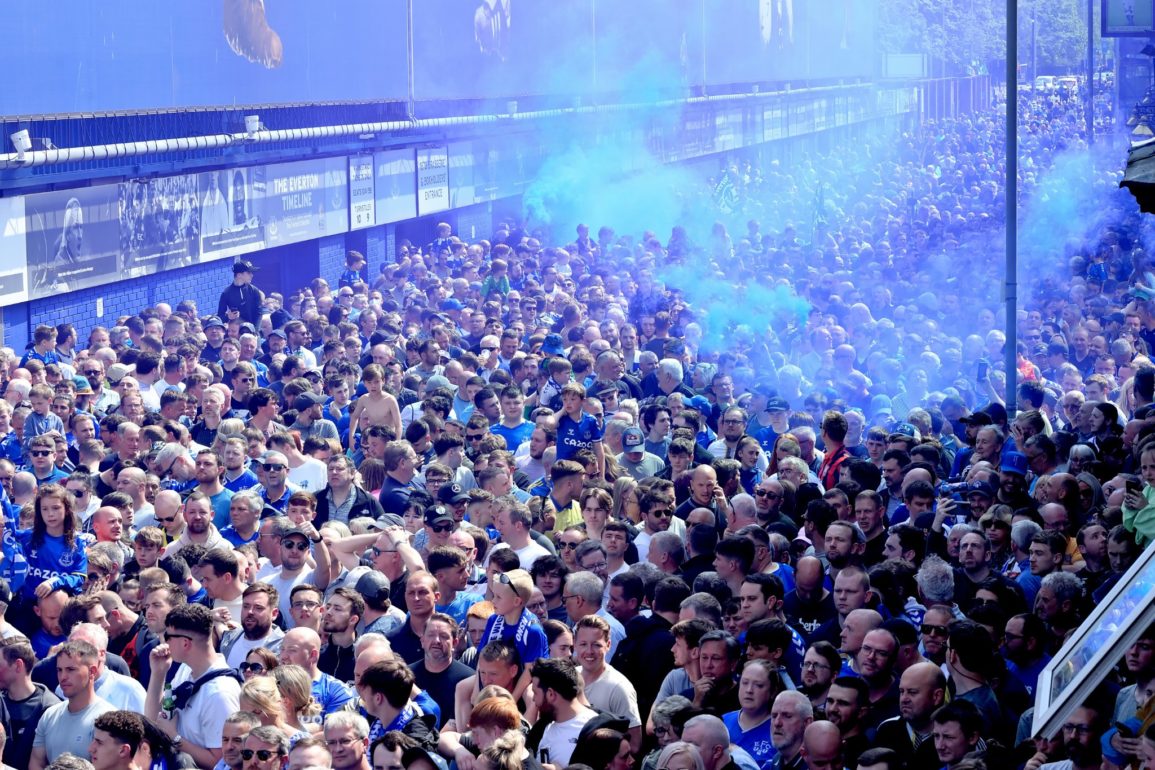 It is quite simply the biggest game in a generation

Not since Coventry at home in 1998 – when Everton scraped survival – has a football match at Goodison Park meant so much or been as critical to Everton Football Club as this fixture. The enormity cannot be underestimated; Everton simply must win.

Just a few miles down the road a new era in the history of our illustrious club is being constructed as the Bramley Moore Dock structure begins to take shape but it’s also a reminder that the life of our current matriarch is growing short; before long we’ll be saying our last goodbyes and leaving her behind but before all that there’s work to be done to maintain our long-standing topflight status. There is no doubt she always looks her sparkling best under the lights; Goodison Park has to be loud and hostile to the opposition – we need the old bear pit atmosphere.

No other sport in the world is as emotionally draining as being a football fan and no football club in the world drains the emotions of their fans like Everton Football Club. The euphoria after that win against Leicester was pure unbridled joy, so much so NBC in America featured the travelling blues during their news show but come 10pm on Thursday – with a win – those scenes will look subdued.

It seemed unthinkable back in summer 2021 when the fixture announcement was made that we’d end up with a must win game against Crystal Palace a mere three days before the season ends and – – not only that – but a game that will dictate our immediate future but here we are. The result against Brentford wasn’t completely disastrous but a loss to Palace would be; pushing this relegation battle to the last day of the season would be unbearable.  It’s been a bigger slog than most but this whole season comes down to one game; months of worry, stress and countless sleepless nights can be alleviated with three points on Thursday. The emotions of a football fan may seem too trivial to those that aren’t but to us this is everything. The alternative is not worth contemplation.

The commitment from Evertonians is unquestionable, season upon season the fans have sold out home and away, no matter how bad it has become and how desperate the situation is the support from the stands is second to none but these last few months it has been on another level so much so that a new route has been planned for the arrival of the team coach ahead of the Palace fixture due to the numbers greeting its arrival – now it is time for the players to stand up and be counted; to drag this club over the line with a win on Thursday night. Those players have to go out and show the commitment, desire and passion the fans show off it, leave nothing behind and win that game.

Lampard came in with one remit – keep Everton in the Premier League – and on that he must deliver. Big victories over Chelsea and Leicester followed by a drab draw at Watford meant Brentford was the opportunity to guarantee survival but when that failed there was a plan B; a backup game to save this from heading into Coventry or Wimbledon territory and this is it.

For one last home game. One last push. One more victory.

UP THE FUCKIN’ TOFFEES!!