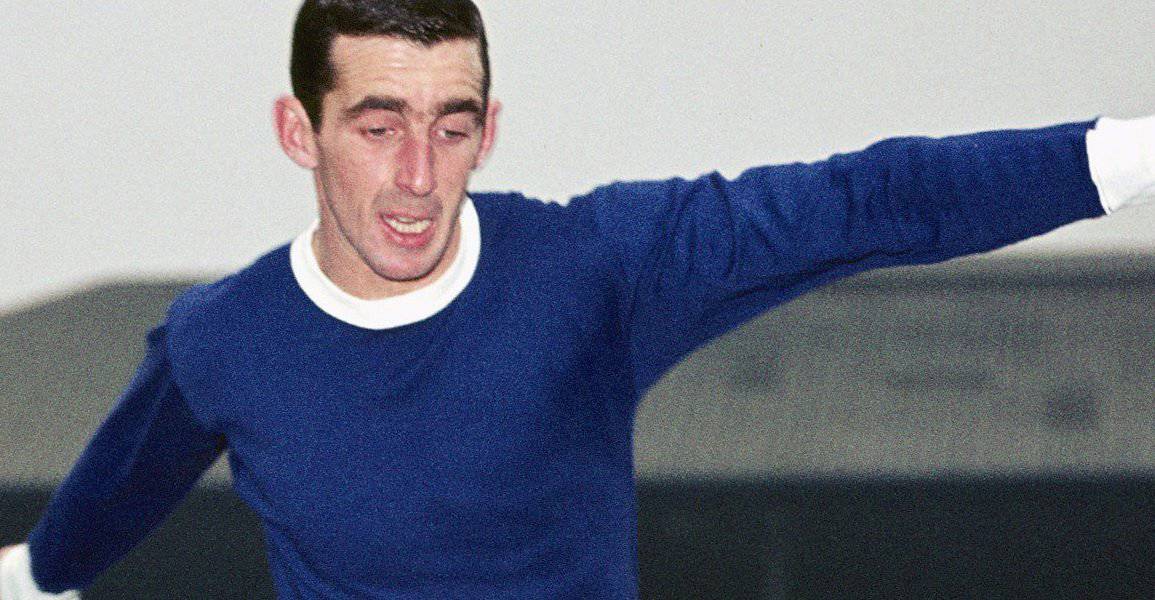 A Tale of Two Roystons: Part I – Vernon

“There’s Denis Law, there’s Jimmy Greaves, and there’s me…” – Vernon, on being asked to name the top goalscorers of his generation.

Cast your mind back to the 60’s, a time when Everton were not only made of money, but did things with it.

People called us “The Bank of England” and “The Merseyside Millionaires.” We even became “Chequebook Champions”. John Moores was our chairman. With a hair trigger temper, he wanted results and he wanted them yesterday. When Johnny Carey didn’t do well enough quickly enough, Moores fired him in the back of a taxi. Our chairman didn’t dwell on rear-view mirror sentimentality. You could say that he didn’t want us to be a museum. Moores brought in a new man, his man, someone who would get the job done yesterday.

Enter Harry Catterick, a stiff pragmatist blessed with a dreamer’s chequebook. One of the players Catterick inherited was Royston Vernon, a nippy Welsh goal-getter. Vernon was a cheeky character, a dark haired demon poking his head through our vicar’s collar.

As a youngster he had turned down a move to Everton (amongst others), in favour of an easier path to first team football at Blackburn Rovers. He was right. At 19 he won his first of 32 caps for Wales. Soon both his temper and his distrust for authority would get the better of him. After a series of exchanges with Blackburn manager Dally Duncan he moved to Goodison in 1960 to be reunited with his mentor Johnny Carey.

By ’61 Catterick had taken over. Vernon initially flourished under his manager’s stiff Orwellian control even though his sarcastic rebellion still caused Catterick occasional problems. At one point the Welshman was sent home from a tour of the US after he broke curfew. Catterick stood firm, desperate to squeeze more goals out of his striker.  He decided to give Vernon the captaincy, a masterstroke, which somewhat mellowed his angry man.

“Taffy Vernon was about 10 stone. Wet through he looked about as athletic as Pinocchio.” – Brian Labone

Alex Young used to joke that he could pick Vernon out by the glow of his cigarette, and Royson was known to smoke in the shower after games – balancing the cig just so – and managing to simultaneously shower and smoke.

Vernon and Young had a sensational on-field relationship. Vernon took penalties like mortals take breaths, missing only one out of twenty spot-kicks. He wasn’t just a player, he was a character. A cocky Welsh gunslinger, a Lucky Luke lookalike, even down to the cigarette, dangling from his lip like a fear filled victim hanging from a cliff.

Clearly, Vernon’s relationship with a Catterick-controlled Everton was always going to be tricky, and eventually it became untenable. A 28 year-old Vernon joined Stoke City for £40,000 in 1965.

Vernon played for other clubs, but never had the same levels of success at Everton.

Goals were his addiction as much as nicotine – he was Everton’s top scorer in all four of his complete seasons with the Blues, scoring 110 times in 200 games. He remained as sardonic as ever. After a non-League coach wailed that the midfielders couldn’t find him because he was so immobile, Vernon quipped:

‘If they can’t find me when I’m standing still, how the hell do you expect them to find me if I’m running around.’