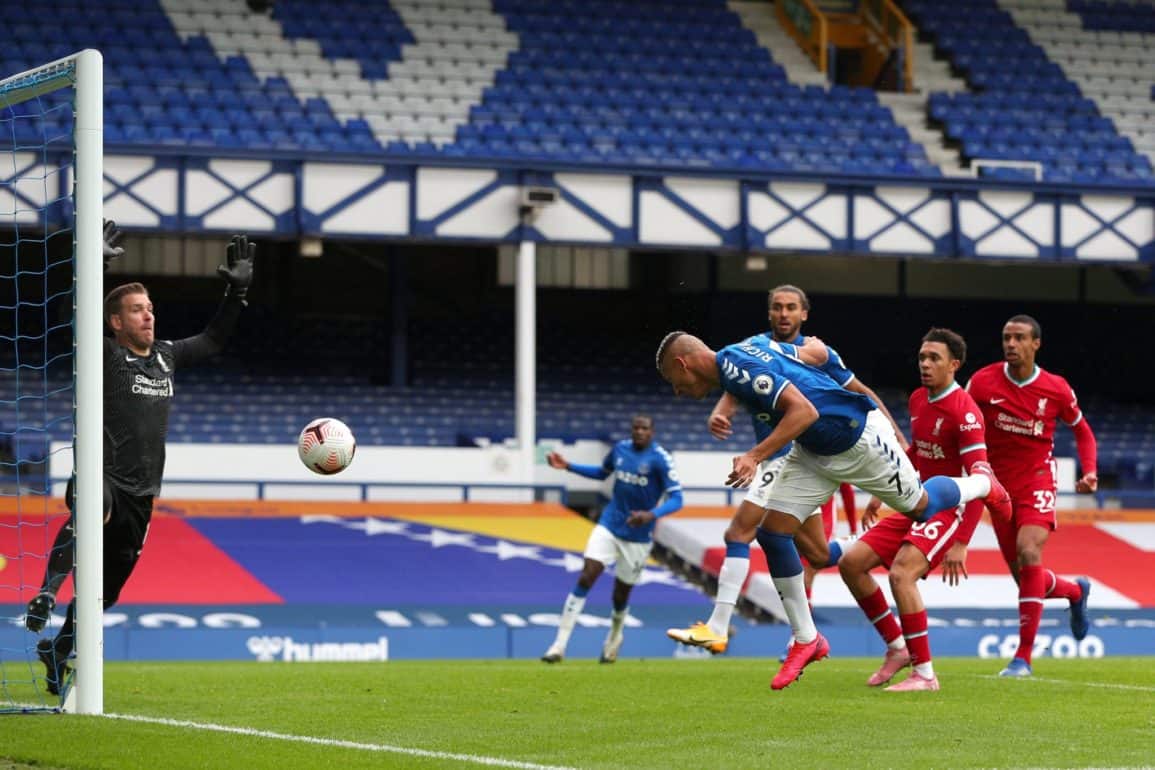 In the past couple of weeks or so, we have seen Liverpool Football Club flex demonstrate on several occasions why, along with Manchester United, it is one of the establishment clubs in English football. For Everton fans after the most recent Merseyside Derby, we have seen how the establishment closed ranks and orchestrated a concentrated attack on both Everton players and VAR.

I won’t go in to too much detail on those incidents, as other Everton bloggers/Twitter accounts covered them. But was VVD the first player to ever be unfortunately injured by a reckless tackle? Are Liverpool the first club to feel aggrieved by VAR? The answer, of course, to both these questions is no. But, judging by the response of both the punditry and media classes, you would think that both these things are unprecedented and should result in Everton’s instant banishment to the fourth tier of English football.

The establishment in British politics is represented by the Tory Party. If you’ve ever watched ‘Question Time’ or Peston or Marr, you’ll often find that Tory politicians (or figures that represent the values of the Tory Party) are overrepresented on these programmes. Here, they’re often allowed to go unchecked in their baseless opinions and hateful rhetoric, whilst the token left-wing (or even centrist) guests, often find themselves having difficulty making their points or even being allowed to speak. Jacob Rees Mogg, the haunted ghoul, also supports the Liverpool (but don’t let his fandom ruin it, eh?)

Anytime you turn on your TV which, due to the global pandemic (more on that later), is increasingly more and more, you will often find that sitting in the studio or the commentator’s gantry, an ex-Liverpool player. You’ll often find that this is the case even when Liverpool are not even playing. In fairness, each of these ex-players opinions and bias vary (for instance, I find Carragher to be particularly fair) but their mere presence reminds you that Liverpool are the establishment club in English football. The graphic literally describes their games played and trophy haul at the club. Sure, I needed to know that for Everton v Bournemouth. In an age where people feel that everything that they say on TV has to become a viral soundbite, we’re getting increasingly extreme and volatile views being offered on nearly every controversial footballing instance. That’s why on Sunday so much reactionary bile was directed towards Pickford. It was the punditry class flexing their muscles on behalf of the establishment to put Everton in their place for daring to get the rub of the green, for daring to be top of the league.

The same can be said of this countries’ media class, a group of London-centric journalists, many of whom strangely support Liverpool, despite having no tangible connection to the city. This smug Zone Two thinking (which has a lot to answer for in politics in this country) puts Liverpool on a warped pedestal, transcending the robust scrutiny that most teams in this country deservedly receive. Souness maybe an old reactionary blurt, so you would expect him to pile in on Everton to justify his salary at Murdoch’s Sky, as well as express his love for Liverpool. You shouldn’t expect well-educated professional journalists to parrot his views, especially when they have never done the same for a non-Liverpool player who has been unfortunately injured. Again, this is the establishment closing ranks, rallying around the team that represents their interests. Tory behaviour, if you like.

When the establishment feels threatened, it reacts. Throughout history, people and institutions in power seek to sure up their power and strive to make it difficult for those outside of it to obtain it. We have seen this TWICE in the last couple of weeks by Liverpool and Man Utd, who have sought to consolidate their power by “reforming” English football and looking to establish a new super big money European money league with the other neo-liberal elite institutions. In regards to the former, most people in England were horrified by the plan, with the notable exception of EFL leader Rick Parry, the ex-chairman of Liverpool. This reeks of an establishment power grab. The same of the European plan; it was a clear and obvious attempt to consolidate power at the expense of other clubs in England.

Furthermore, it was a chance to plunder yet even more money from our game. In terms of their being too much money in football, Everton are of course complicit; we spend millions on players and wages. We are not however, looking to hollow out the game to make as much money as possible – we’re looking to bridge the gap between ourselves and the Top Six who have spent billions between them. Both Utd and Liverpool are run by Americans, a nation that historically has not understood football but loves making money. It’s no coincidence that this corporate imperialism and capitalist heist is led by these two clubs.

Which brings me on to Liverpool’s fans. Let’s be honest, their self-appointed title as vanguard of the football socialist revolution is a joke. The idea that the spirit of Shankly (a man they cast out of the club, really) runs through the club’s DNA is nothing more than a cynical marketing ploy that has been lapped up by the hordes of pellets far and wide that support Liverpool. Football is a working-class sport; with the exception of Rugby League, it is one of the few sports that is embedded in the fabric of our communities. This is not unique to Liverpool FC, who play in Anfield, a proud working-class community.

The vast majority of football clubs in the EPL are based in Labour constituencies, with notable exception of those Tory goons in Burnley. Labour values do not belong to Liverpool FC solely. Newcastle United fans raised lots of money for a local foodbank based off a campaign to donate money to donate money to those in need rather than £15 to the TV companies to watch one football match. Well done to them. But perhaps Liverpool fans should realise that it is working-class values rather than LFC values that makes people organise to protect their communities. There are many Liverpool fans who understand this, most notably those at Fans Supporting Foodbanks, who have done much to spread solidarity between many clubs in Britain. Some gonk from Wallasey wearing a bucket hat at a BOSS night screaming ‘MAGGIE’S IN THE MUD’ isn’t socialism. Furloughing your non-playing staff during a global pandemic is not socialism. Buying up houses, destroying your local area to build your big corporate stand isn’t socialism.

Which brings me on to the biggest marketing ploy of all, ‘Scouse Not English’. If you know the history of Merseyside football, it was Everton, not Liverpool, that traditionally courted the city’s large Irish and Welsh populations (although we’re a broad church at Everton!) SNE is something that has crept into LFC fans as a cry for help to be seen as unique. This Scouse exceptionalism is not helpful when we’re trying to build bonds with other parts of the country to get the Tories out. (I am of 75% Celtic origin and 25% Basque before Kopites scream ‘English’ at me). It’s been seized upon by marketing plans, most notably Nike’s recent ad campaign….where they want you to buy a shirt for £60…If you can’t see that there’s limited historical basis for SNE but everything to gain from it in a marketing sense, then you’re a gullible tube.

As one Everton Twitter account Chicoazul puts it, Liverpool Fans collectively suffer from the ‘Scarlett Silence’. This is a failure to call out the clear wrongs of your beloved club. Your club is a corporate beast, a capitalist juggernaut that is trying to destroy all in its path. You can question the thing you love most if it consistently does things that your claim to hate.

If you really believe in ‘The Spirit of Shankly’, it is time to call it out. As it stands, your club is channelling the spirit of Regan. And Thatcher.