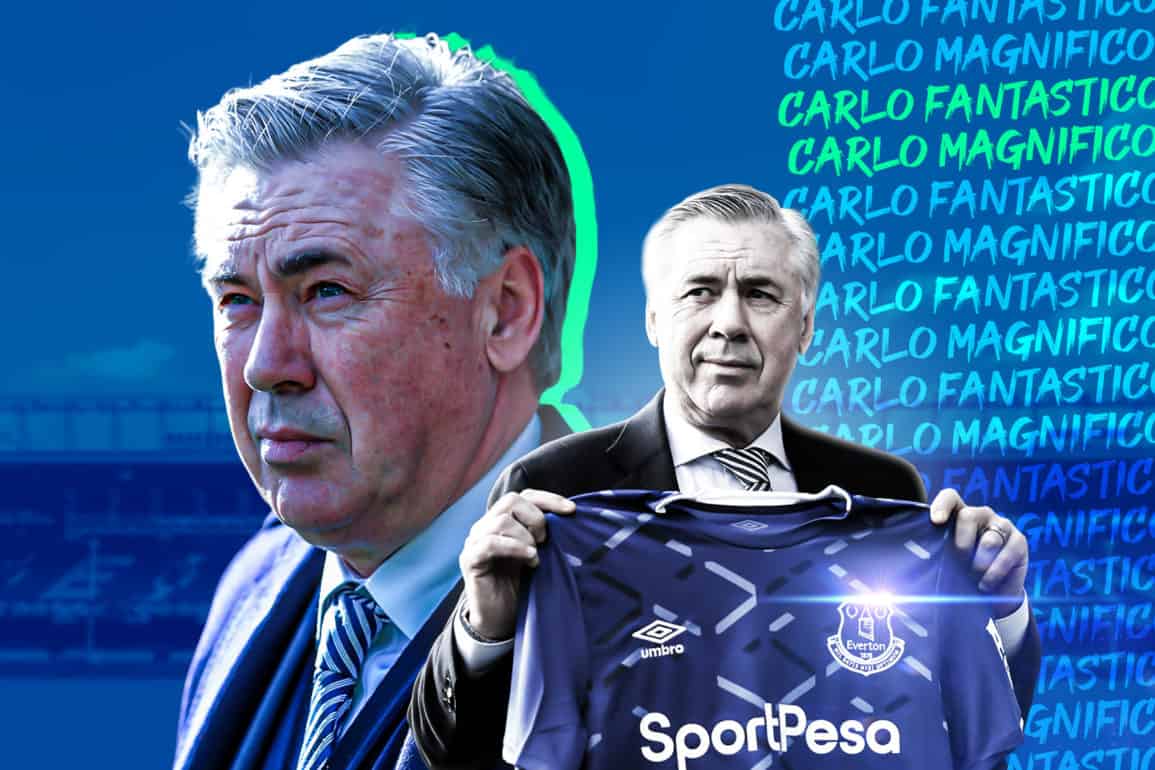 A Summer of “Evolution” Not Revolution: Everton’s Long Road To Forging A New Identity

This time last year, after four successive league defeats, Everton found themselves 17th in the table and hovering perilously above the relegation zone.

By suffering humiliating early season defeats at the hands of Aston Villa, Bournemouth, Burnley, and Sheffield United, Marco Silva’s fledgling Everton tenure was soon placed under the spotlight. A season of supposed promise and high expectations, had very quickly become a ‘make or break’ scenario.

However, as the weeks progressed, Silva’s side continued to wither under the lights. As a chain of contentious VAR decisions and major injuries conspired to deepen the club’s turmoil, Everton failed to arrest the decline: losing most notably to Brighton & Hove Albion and relegation favourites, Norwich City.

Though these losses were far from ideal, it was the manner of these losses which was most striking. Whilst the players seemed to lack passion, desire and tactical knowhow in bucket loads, the manager had also failed to stick up for himself and his club in times of injustice and adversity- with Brighton and Leicester the case in point.

In addition, Farhad Moshiri, Bill Kenwright, and the rest of the Everton board, displayed a real lack of coherence, leadership and backbone. Instead of acting swiftly and decisively, they allowed the inevitable sacking of Marco Silva to develop into a rather ungainly public execution of a principally good, albeit out of his depth, man; with his fate known long-before the game, Marco Silva’s equivalent of the gallows, came in the form of a wet, miserable and undignified 5-2 drubbing at Anfield.

Underachieving had become synonymous with Everton during Farhad Moshiri’s era of lavish outlay, and unequivocal backing, but the first half of the 2019/20 season somehow felt different. It felt worse than before. The toxicity in Goodison had understandably reached new levels, as Everton resembled nothing short of a directionless, soulless, circus, vulnerable to extensive ridicule from the media.

Patient, slow-build up, possession-based football? No.

In truth, even the club didn’t seem to know. For we had lost our identity.

After the ambitious appointment of Ancelotti in December 2019, it felt brilliant- but it also felt like a last roll of the dice. If a manager of Ancelotti’s calibre couldn’t get us firing, then who could?

Thankfully, with wins over Burnley and Newcastle in his first two games, Ancelotti managed to ride the wave of optimism left for him by the stellar stewardship of briefly interim manager, and now assistant, Duncan Ferguson- helping to propel Everton to the safety of midtable.

Midtable was to ultimately be where Everton would end up. Faltering badly in the latter stages of ‘project restart’, Everton delivered deeply concerning displays against Tottenham, Southampton, Wolves, and Aston Villa, somewhat tainting the initial progress made under Ancelotti, whilst simultaneously highlighting the severity of the task at hand…

The initial Ancelotti ‘bounce’ and tactical improvements appeared to have worn off by July, with players slipping back into their old habits. Unable to meet the intensity levels required for an Ancelotti 4-4-2 (as he favoured at the time) to be successful.

Ancelotti’s first half season had been about consolidation and learning about his squad. Who he could trust, and who he couldn’t. In essence, the form pre lockdown demonstrated Everton’s strengths (in Dominic Calvert-Lewin and Richarison’s partnership), whilst their post lockdown form, drew the blueprint for where Everton needed to improve: their midfield.

Come late July, with a rather truncated Summer transfer window now open, Ancelotti had his first real chance to put his own stamp on the team. And more importantly, address the midfield incompetencies which had derailed Everton’s final push of the 2019/20 campaign. Yet, the wholesale changes desired by so many fans, were quickly dispelled as unrealistic and unwise in the circumstances. It was instead to be, as coined by Ancelotti himself, an “evolution of the club” through a handful of signings. Signings which would signify not only an “evolution of the team” with “better quality”, but with the by-product of “better ambition…, better motivation” and “more passion”. Qualities which have been badly lacking, for so long.

Firstly, with the arrival of Brazilian International, Allan, for £22 million, Everton had brought in a world-class, tough-tackling ‘number 6’. As Ancelotti reiterated once again, Allan would bring much-needed “passion and heart” to the Everton midfield. In similar fashion, Everton recruited another of Ancelotti’s former players in James Rodriguez– a player which, like Allan, he trusts dearly. Signed rather incredibly on a free, James Rodriguez resembles a genuinely world-class attacking option, with a point to prove. Subjected to a weirdly constructed media narrative that James ‘hasn’t done anything since the 2014 World Cup’, the Colombian starlet seems keen to rewrite those alleged wrongs. In taking a hefty pay-cut to join, and play for the manager that has consistently got the best out of him throughout his career, James has displayed a refreshing hunger to play for Everton.

Unexpectedly, the James Rodriguez deal generated an immense clamour of excitement. Something which no Everton signing had truly managed since the Lukaku deal in 2014. Almost instantaneously it injected the Everton fanbase with a dose of hope and belief, that Everton could be competitive again.

However, amidst the excitement surrounding James, the signing of Abdoulaye Doucoure went somewhat under the radar as a result. For me, it was Doucoure’s arrival that was most vital for Everton’s ‘evolution’ as a team- for a genuine box-to-box midfielder, who can add goals, physicality and a turbocharged engine to boot, has been a missing component of an Everton side for many years. Again, signing for the rather princely sum of £20 million, Doucoure oncemore represented clever business, with his Premier League experience and dynamism neatly complimenting his new midfield partners, Allan and the rejuvenated Andre Gomes.

Focusing on these three signings (the guaranteed starters brought in this summer), James, Allan, and Doucoure, all perfectly encapsulate the blend of qualities Ancelotti mentioned in his press conference on the 25th of July. They all add undeniable “quality” and “passion”. They feel like ‘Everton’ players. Yet, the greatest compliment you can pay to these 3 main signings, is that their presence alone appears to have risen the “ambition” and “motivation” of other players. Albeit in it’s infancy, the season has seen some of Everton’s worst performers last campaign (such as Andre Gomes, Gylfi Sigurdsson and Alex Iwobi) start well. As the old adage alludes, competition most certainly is proving to be healthy…

Skip forward a year from the woes of Marco Silva’s decline, and Everton find themselves with three-time UEFA Champions League winning manager, Carlo Ancelotti, at the helm, top of the Premier League, winning all of their first 7 games (in all competitions), Dominic Calvert-Lewin top of the scoring charts, and Everton top of the iTunes chart. Quite a turnaround.

Additionally, the supposed pedigree of Everton’s Director of Football, Marcel Brands, is beginning to shine through. Just when some were beginning to question his competency, the timely signings of defenders Niels Nkounkou and Ben Godfrey, displayed a clear plan, for the future as well as the present.

It feels like Everton have established an identity again. It has taken a while, but we are getting there. They appear to have a plan. We finally have a manager who is flexible in his tactics and formations. A good man manager, who has his players well-drilled, running tirelessly, playing for the badge and exporting an attacking brand of fearless football- epitomised by a long-awaited away win against one of the ‘big 6’.

Admittedly, it is early days, and you would be a fool to get carried away just yet. But it has felt different. From successfully hitting the North and South American markets to advertise our signing of James Rodriguez, to the win away at Spurs, it feels like the mentality has shifted: for the first time in years, Everton are acting like a big club. A club with players that seem to genuinely believe that they CAN compete at the business end of the table, once again.

It’s a long season ahead, with bigger challenges and better teams to play. It will certainly require more for these players to fully earn back the ‘trust’ of the fans, who have been constantly let down in recent years. But credit where it is due. Refreshingly, Everton are flying. Instead of the usual stumble into the first international break of the season, the seemingly perfectly executed ‘evolution’ of Everton throughout this Summer, has them galloping into the Autumn full of confidence.

So far, it’s good news for the Blues.