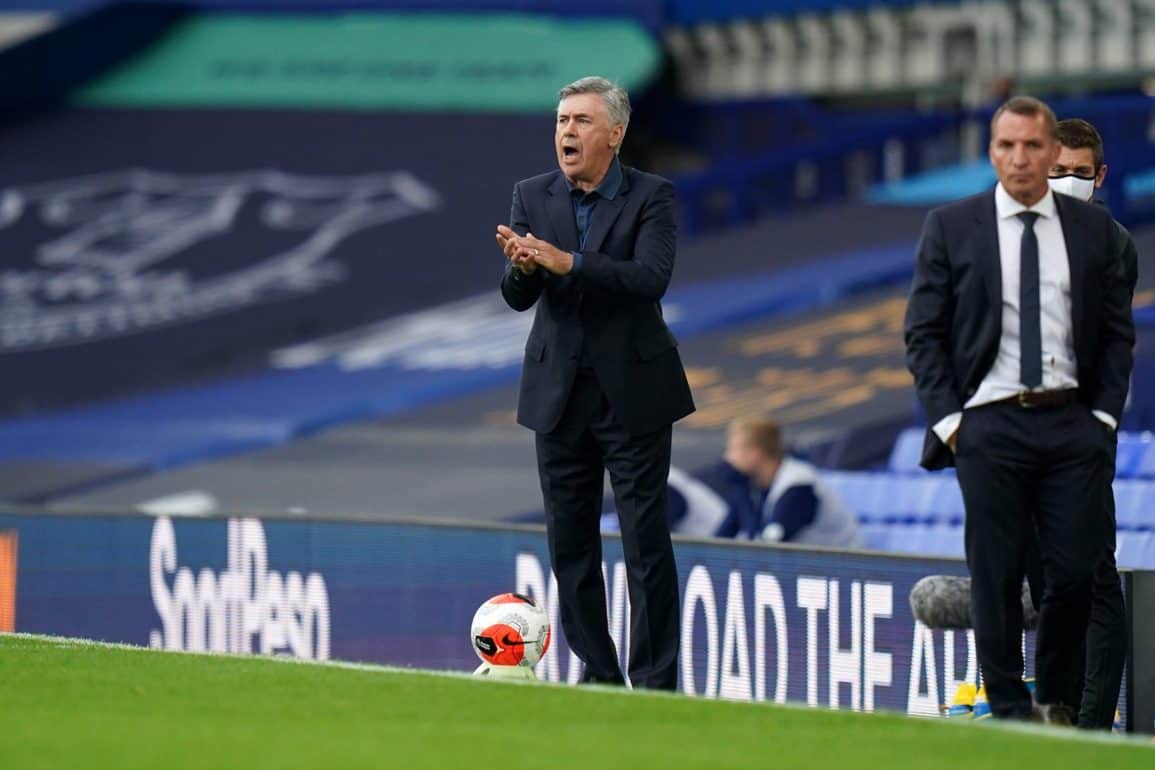 How High Will the Toffees Climb Following a Summer of Ancelotti Refinement?

Having finished comfortably in 12th last season, five points clear of 13th and three points behind 11th, most would look at the coaching staff and squad in place and Goodison Park and assume that the only way is up for Everton.

After parting ways with Marco Silva in 2019, legendary boss Carlo Ancelotti stepped in to manage the team from 26 December, with Duncan Ferguson’s three-match stint helping to ease the squad into the Italian’s new system. It started well, with the Toffees landing 17 points from a possible 24, but the break and restart returned Everton to inconsistency. As noted by Four Four Two, with some proper preparation under Ancelotti, the team is becoming hardier, with improvements in league standing certainly targeted this season.

Improving the squad with a couple in and many out

For any team in the Premier League, the key to improving tends to revolve around the summer transfer window. Everton have been flippant with the chequebook in recent years. Now, however, it looks as though there’s a manager with enough pull that a less risky and more refined approach is in place: but will it be enough?

Perhaps the most important steps that have been taken are the moves to refine the squad. Morgan Schneiderlin, Maarten Stekelenburg, Oumar Niasse, Luke Garbutt, Cuco Martina, Leighton Baines, and the impressive loanee of last season, Djibril Sidibé, have all moved on to help enclose the still-bloated squad. Along with a few potentially useful loan returnees, such as Jonjoe Kenny, the Toffees made only two cost-effective transfers with a week to go before the Premier League starts.

A prospect signing who may prove to be more

First through the door was Niels Nkounkou. The 19-year-old French-Congolese joined for a mere £240,000 bringing in a highly-rated prospect to grow into the left-back position. The intention was to have Nkounkou play in the under-23s for much of the season to learn the ropes, but as of 7 September, he’s been training with the first-team as the only true left-back back-up to de facto first choice Lucas Digne. Nkounkou was praised for his good technical and physical skills upon signing, and already looks to be a solid back-up if he stays true to his showing against Preston North End in preseason.

A seasoned bite in the middle of the park

By comparison to the hauls in other transfer windows, the £22.5 million signing of Allan from SSC Napoli will come across as quaint, to say the least. However, the 29-year-old Brazilian is clearly a player who Ancelotti wanted to improve his team now. The defensive midfielder has earned his reputation as a hardnosed defensive midfielder in Serie A, and while injuries stifled his 2019/20 campaign, he still managed to rack-up the most tackles per game for Napoli in the Champions League, 3.8 per game, as well as 1.7 clearances and 2.3 dribbles. As he stated to the official Everton website, Allan will “fight for every ball,” which is a style of play that Everton needs in the middle of the park.

Prior to Everton completing any major signings, the average predictions of The Guardian’s writers had Everton finishing ninth in the Premier League this season. A lot of this will come from the team having more time to build into Ancelotti’s proven systems, and presumably clocking in more points in the early part of the season than under Silva in 2019/20, which fits the leaning of most experts. Following the signings of Allan and Nkounkou, as of 7 September, Betway has Everton at 4/6 to make the top-ten and 5/1 to get into the top-six. Manchester United, Chelsea, Arsenal, Tottenham Hotspur, Leicester City, and Wolverhampton Wanderers are the teams rated ahead of the Toffees to get a top-six place below Manchester City and Liverpool.

Some way to go before contending for European places

Despite the wave of outgoings and the relatively few incomings just before the start of the season, it’d be fair to say that the Everton squad has improved. With Ancelotti in charge from day one this year, the team gets an extra boost, one that’s at least equal to a big-name signing. Bringing in the seasoned Allan shows that the club is willing to lean into the manager’s preferences instead of grabbing any shiny object. Still, to reach the upper echelons of the Premier League again, more needs to be done.

Other patches will also be needed to push the team higher up the league, but for now, the squad looks suited to at least improve on last season’s showing, and will hopefully be more consistent throughout the campaign.