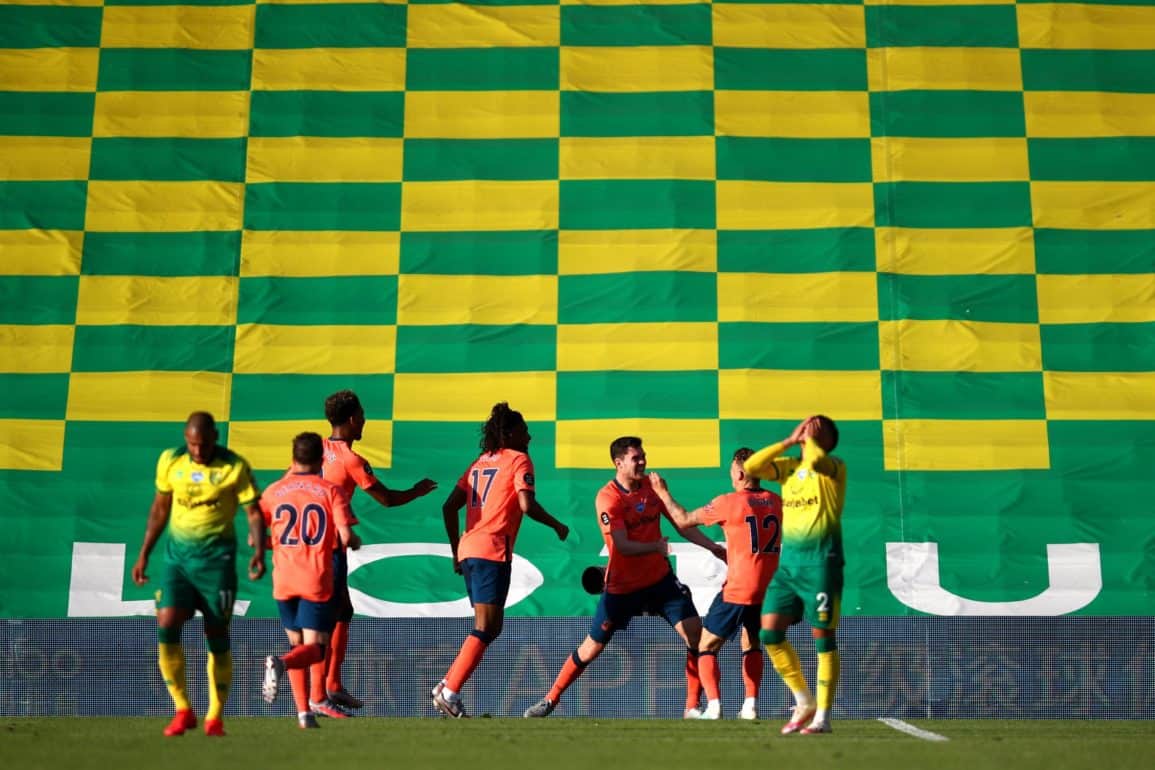 As Daniel Farke’s Norwich City celebrated in front of their jubilant travelling fans, tucked into the corner of the Bullens Road, it felt like the beginning of the end for the beleaguered Marco Silva.

Bottom of the league Canaries had not just won the match but outplayed Everton. It was one humiliation too many; Evertonians has seen enough and demanded Marco Silva be removed. The anger reverberated around Goodison – which must have been a body blow to Bill Kenwright and co as they watched another of their managerial dreams turn into a nightmare.

It was the Everton’s third defeat to a promoted side team, Aston Villa came first – the game that meant ‘if we win beat Villa Friday we go top’ but we didn’t just lose we had been outplayed, outfought and seriously out-thought. Sheffield United turned up to Goodison a month later and, just like Villa before them, they saw off a weak Everton. Chris Wilder’s gameplan bamboozled Silva and the Portuguese had no answer – the performance and result that day was so bad there was a good argument to hand Silva his cards that evening and move on.

By the time Farke and Norwich arrived at Goodison Silva was getting desperate. He needed results and fast. It felt like he’d clung on to his job by his fingernails last summer; season saving results at home saw him saved from the same fate as Martinez, Koeman and Allardyce before him but time was beginning to run out. Goodison was becoming restless with a run of poor results culminating in this defeat by bottom of the league Canaries.

It was fitting therefore that Everton and Carlo Ancelotti faced Liverpool and Norwich at the beginning of the restarted season. Under the Italian Everton now look a shadow of their naïve selves that cost Silva his job – following a draw in the derby, a game which we all came away from wondering how we didn’t take the three points. A typical pragmatic approach, aimed at nullifying the offensive threat from Liverpool, had worked to a tee and almost to perfection had Tom Davies’ effort found the net rather than the post. Norwich was to prove a different kind of test, the Canaries are staring a quick return to the Championship in the face; roles reversed and it was Norwich who had become as desperate for a result as Silva had been in the earlier fixture.

Going into the game Norwich remained bottom so it was a surprise when the hosts’ starting eleven included neither Teemu Pukki nor Todd Cantwell. nevertheless, a team fighting for survival are often tough to beat, in a season of disappointments the one highlight for Norwich was beating Manchester City at Carrow Road. The first half was like many since the restart slow with chances at a premium and no goals. From an Everton point of view, it was poor, no control in midfield with Norwich cutting through to their forward line too easy as service to Richarlison and Calvert-Lewin limited. Although Norwich did not create anything of note themselves, Farke would have been pleased at half time.

But the second half showed why Ancelotti is such an astute signing by the board, if we go back to the reverse fixture Silva looked on clueless as Norwich dismantled Everton – tactically outclassed by his German counterpart – and no answer to save the game and ultimately his job. Conversely Carlo, like the watching Evertonians, didn’t like what he saw in the first half but unlike Silva he made a change to win the game. Sigurdsson for Davies seemed a simple and possibly obvious change, but the new structure meant Everton now had a better midfield shape, more options for creativity and ultimately closed the gaps that Norwich had exploited during the first half.

The second was controlled by Everton; Richalison and Calvert-Lewin saw more of the ball and Zinedine Iwobi had arguably his best forty-five minutes in an Everton shirt. It’s not been often in the past you could claim Everton have been clinical but this game was just that, after a poor first half tactical changes at the break from the manager and Michael Keane’s second half header was enough to take all three points. Clinical Toffees away from home – remember the date because it is extremely rare.

We know tougher tests are to come as out of form Leicester travel to Goodison, remarkably with some Leicester fans seemingly unhappy with the Rodgers’ revolution and the dip in results before and after the break but with Vardy stranded on 99, unable to find the net and needing one more for 100 top flight goals – it is welcome to Goodison, Jamie. It feels inevitable we will need to score at least two for a win. A tricky trip to Jose Mourinho’s Tottenham then follows next Monday but both of these games will give us a timely indicator of how we are progressing under Ancelotti.

When Carlo lifts a trophy next season and ends the drought hopefully somebody will pop a copy of the DVD through Di Canio’s door – just for clarification, Paulo.