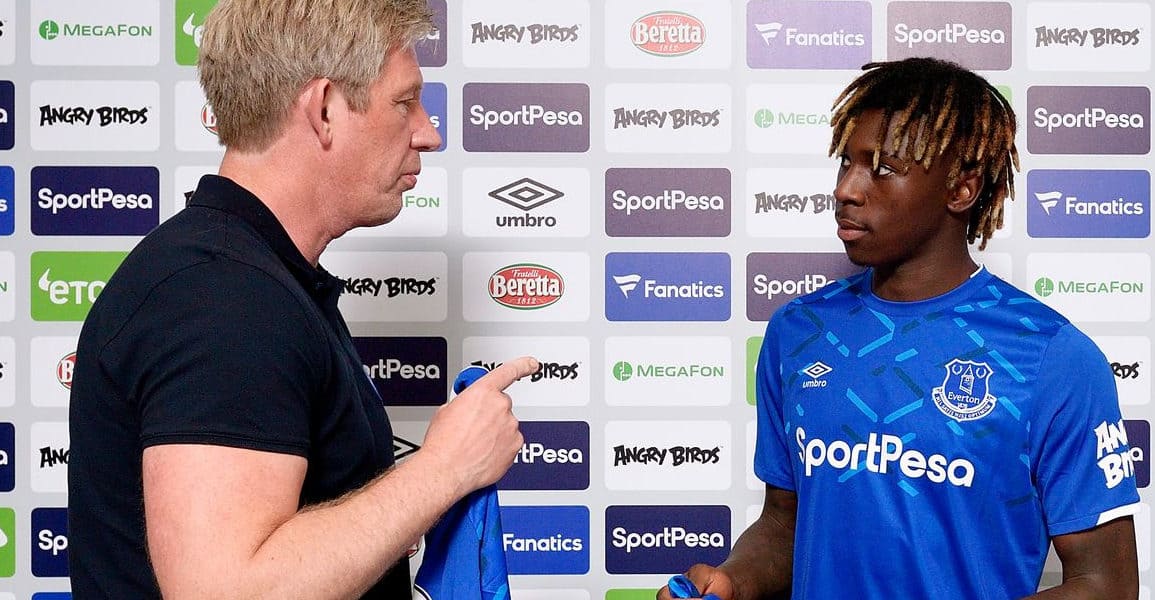 When looking to evaluate a transfer window I always feel some key guiding principles help cut through the emotion of the event to a more logical conclusion. Firstly that very few supporters feel their teams do everything they want/need in terms of recruitment. There is an inherent gap between the expectations of what supporters want and the realities of what is possible given the material constraints placed upon clubs. This isn’t just a process that is inherent to Everton and it’s supporters, but a shared experience for supporters. Secondly you have to conclude that the madness of deadline day is not reflexive of the entire window. It is the final and most intense experience of the transfer window for most supporters so therein holds an enormous amount of sway, but a poor deadline day does not automatically mean the entire window was poor (or a good deadline day doesn’t mean the window is automatically a success).

It’s important for me to illustrate those two points when evaluating Everton’s window, which in truth ended as something of a damp squib and left many supporters feeling we are short in certain areas. The window itself was far from faultless but the good and the bad need to be factored in when we look to establish where we are as a club.

To me there were a number of key priorities for the club come the close season, falling beneath the overarching aim which is that the club needs to emerge not only stronger from the window but also looking able to break into the top 6 (which surely must be the goal for the season). The first priority was to keep the two loanees who had bedded into the team so well last season (Zouma and Gomes). After that cover in wide areas, a back up for Coleman and Pickford and a centre forward were broadly speaking what was required. The sale of Idrissa Gueye meant a replacement for him was required.

With the signings of Lossl (Pickfords cover), Sidibe (competition for Coleman),  Delph & Gbamin (replacements for Gana) Kean (a centre forward) and Iwobi (cover in wide areas) the club have achieved most of it’s objectives. The key omission of course is the failure to sign Kurt Zouma and subsequently the failure to move on to a viable alternative to provide cover at centre half.

The failure to acquire cover at centre back has led to emotions ranging from concern to indignation amongst the fan base. In isolation it is hard not to have sympathy for such views. Two years ago the club appeared to complete a range of good business bur crucially did not acquire the coveted centre forward replacement for Romelu Lukaku. By October the season has plummeted and any momentum that had been built the previous year went with it. It’s understandable there is a degree of concern that we are light in a specific area and an acute understanding of how difficulties in one area of the pitch can spread across the entirety of the team.

However it is worth noting that we currently have 2 experienced and high quality centre backs available. You sense that last summer Mina was bought to be first choice but a combination of injuries and the form of Keane & Zouma kept him out. If he can stay fit I have little doubt about his pedigree or physicality. Likewise Michael Keane has proven last season that he is a very reliable centre back and will need to step into more of a leadership role this season. There is some conjecture that they don’t play well together, though in games where they partnered one another last season they conceded under 1 goal per game. Their performances at Stamford Bridge and Anfield were particularly eye catching where they were able to blunt potent attacking teams. The issue with their partnership is not their performance when partnered together, but rather that they haven’t played together enough. This will almost certainly change this season.

The gamble for Everton is really on the fitness of the above two players. Beneath them the options are sparse. Mason Holgate as yet has not kicked on in the manner hoped and there remains question marks over his concentration levels when playing in a back 2. Lewis Gibson looks a very talented 18 year old, but very few 18 year olds are able to come into the league successfully as a centre back. While each player may surprise Everton fans if given an opportunity at this stage neither are of the level required to be in a side finishing in the top 6. So Everton either have to get lucky with injuries to January or hope one of the reserve options surprises supporters.

The wild card in the proceedings is likely to be Gbamin. In my mind he has been brought in to play as a defensive midfield player but there is the potential that his ability to cover centre back may have been a key factor in his recruitment. The reticence to ensure a centre back deal was completed may well be because they feel Gbamin is a capable deputy. It is likely to be something that we will only know as the season goes on.

While the glaring omission is at centre back, the rest of the squad looks stronger to me. The average age of recruitment sat under 25 (24.8) and there are a number of players recruited who’s best years look ahead of them (Iwobi, Kean and Gbamin primarily). The signing of Gomes is a real positive and there will be a hope he can add some consistency and end product to his game.

With the signings of Gbamin, Kean & Iwobi the squad itself is beginning to look more like a Marco Silva team. Each of the above are over 6 ft tall, are powerful and able to cover ground both with and without the ball. What we witnessed during the final third of the season was an Everton team play with a level of intensity and power which few sides could live with. You would have to conclude that the signing of each of the above stand a good chance of re-enforcing this approach within the team. In each case it looks as if the Director of Football was able to negotiate down the price on each player and to secure each of them for under £30 million looks smart business.

So have Everton put themselves in a position where they can push further forwards in the league? It is a big jump to 6th (15+ points) and some of the competitors around them (West Ham, Leicester and Wolves) have all added smartly. When players such as Doucoure, Zaha and Zouma were heavily linked a more compelling case could have been made that Everton have the necessary experience of the league to go alongside the quality to have an expectation that breaking into the top 6 was a minimum requirement. Without closing such deals I think a little more patience will be required this season. The club have avoided tying themselves into relatively onerous financial commitments (with the potential of limited returns) that some of the above deals may have resulted in which may allow for further investment to follow in January if the right deals are available. It will be interesting to see if Brands takes a different approach this winter.

That being said, the tools are there to break into the top 6, particularly if one of Chelsea/Manchester United/Arsenal fall away. It’s difficult to see this Everton team being able to register 70+ points, but if they could get into the low to mid 60’s and hope for some disintegration above them opportunities may come. In order to do this, they will require some good fortune at centre back and Keane/Mina staying fit.

So overall I would conclude it was a solid window that ended a little chaotically. I have little doubt that pre Brands we would have paid the £25 million Manchester United wanted for Rojo and the £80 million Crystal Palace wanted for Zaha. For some people this would have made the window a positive. From my perspective we would have regretted both deals in the medium term and ended up in a similar predicament to where we now find ourselves-namely trying to offload players who we have paid too much for and therein can’t find potential buyers. The willingness to walk away will help re-build our reputation as shrewd negotiations and not that of a gravy train for people to tuck into when they need some quick cash.

The majority of players we have bought are of a good age where their best years lie ahead of them. As always there will be pressure on Silva to get the best out of the squad, but if he can continue to improve players, the club can hopefully build on the 8th place it achieved last season.