Martinez – Judge me on three seasons, not three months

Roberto Martinez has urged Everton’s board and supporters to judge him on his three seasons at the club, rather than the last three months. 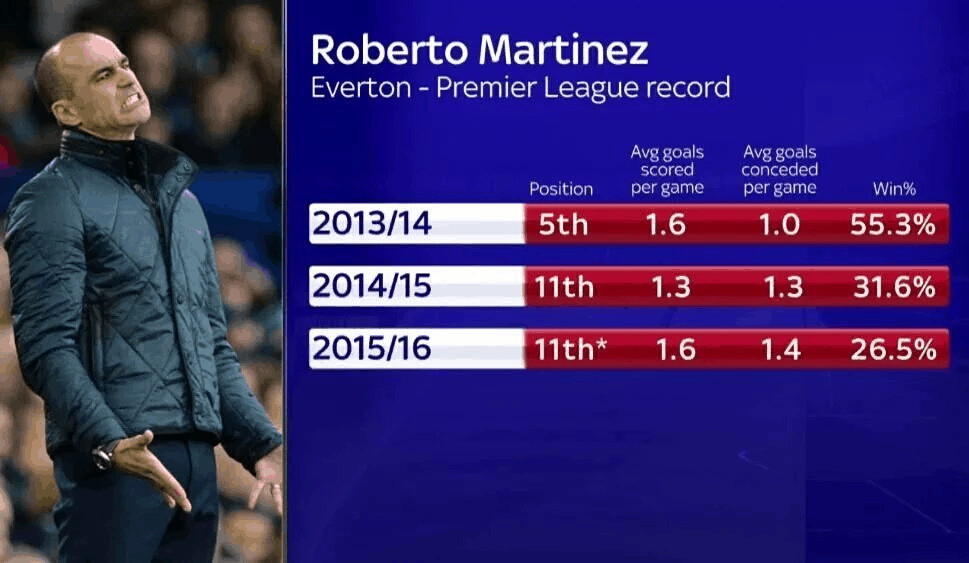 “The message is we are all hurting together. I understand their passion and they make us what we are as a club. Football without passion makes no sense.

“But I’d say to those fans only when you get through those difficult experiences and moments do you get a renewed drive to fight.”

Asked about the prospect of a board meeting being called to discuss his future, Martinez said: “I understand it completely. I never felt being Everton manager is a manager to be judged in an average position.

“I encourage huge expectations. As a club, we have to drive for silverware and top four and when you aren’t there the scrutiny needs to be there”.