Previously I’d have had him in a heartbeat but with everything I’ve seen of Arsenal under Emery I just see lunatic level decisions, an underperforming team and a total inability to change.

We don’t need yet another manager with those hallmarks.

Would love him here.

Wanted him ever since Moyes left.

COYBL25 said:
He’s sets his teams up as mad as Martinez, no thanks.
Click to expand...

Another joker we need like a hole in the head.

JammyP said:
Imagine sacking a manager for being 8th...
Click to expand... 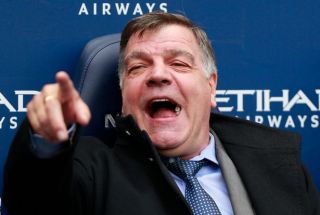 Oh how I will fume when Arsenal sneak in and take Arteta.

We are utterly incompetent

Doing bits, here and there.

Hope they get Arteta and he fails HARD.
E

really wanted him before he went to arsenal

not sure now, he seems a bit clueless and silva like

ToffeeTim said:
Oh how I will fume when Arsenal sneak in and take Arteta.

I personally think Pep's personality is so overwhelming that his no2 couldn't possibly be a clone of him. He looks like he'd want someone to take orders from him and generally be compliant, which corresponds with Arteta's utter lack of personality. Don't expect him to be pep 2.0 imo

Pochettino I reckon, probably already lined up, unlike our dithering and incompetant board

Cary Hattrick said:
He was the manager I wanted after the gravy guzzler, but having seen whats happened at Arsenal, I think we dodged a bullet.
Click to expand...

How many European finals has he under his belt including a crap Arsenal last year. He’s top of the range. You can fluke a cup maybe even two finals but he’s a serial winner with teams that aren’t exactly super powers

Everton just stutter along hoping no one notices,while others react to what is supposedly a bad run for them

chrismpw said:
Just watch the arse snap up poch while we dither.
Click to expand...

Between Blue Bill, Denise and Farhad, Everton is blessed with a top level brains trust second to none. The dream team. Denise in particular impresses...her CV is one of the most impressive of any CEO out there.
I imagine, as i type, they are thinking about making the call to Malky Mackay or Neil Warnock.
As I said, our sleeping giant of a football club is truly blessed to have such extraordinary decision-makers.

We will end up with Moyes, Everton that!

According to the BBC: