NathDogg said:
Benitez didn't have to do anything today as this was one of Moshys expected losses, but I would have liked us to get about them a bit and at least get stuck in - didn't see any of that but that could just be our mentality midgets crapping themselves yet again.

The injuries are killing us at the moment - even with our first choice 11 it would have been tough, but to loose gray and then bring iwobi on is just rubbish - Benitez got the subs wrong again.

Should have gone with Simms for Gray and moved Richy out wide.

Onyango for Delph instead of that waste of skin rondon.

Hope he goes with the young lads against Brentford - not gonna be easy but I don't think I can watch rondon abd iwobi in an Everton shirt again.
Click to expand...

Agreed. Loss was always in the cards against Manchester City. But we were too timid and allowed Man City too much space. I was hoping we could've attack them a more but our counter was lacking everything.

Iwobi is the closest like-for-like replacement. The game was only 15 minutes and normally, it's not ideal to drastically change the game plan at 15 minute mark. I can understand why Benitez did it at that point of time.

But I agree he should've just sub youngsters in later on....it would've been a gamble but I would like to see Benitez takes a bit of risk as I think he's being too rigid with his squad selection and substitutions. He persists with certain senior players who aren't performing. Insanity is doing the same thing over and over and expecting different results.
I would've understand if we were putting up a fight against Man City and he held off putting in youngsters. But we weren't really fighting.

Next game against Brentford, I wont be surprise he will play Rondon as No. 9 with Richarlison suspended. and Iwobi on the Right with Gray injured. If they performed well, great. If not, I really do hope to see more of Onyango, Ellie Simms, Branthwaitte and Lewis Dobbin. We have 8 senior/experienced players not available next game. That game is the great platform for the youngsters to be given a chance.
K

I voted for Gray on the basis that his early departure absolves him of any part in this embarrassment of a performance.

I’d like to see Bainesy given a start at RB. Him and Seamus are the best RB, LB pairing in the PL (and Seamus only cost 60K). Steven Pienarr and Super Kev Morallis could do a job for us as well. I would love to see more players from our golden era (ie Moyesiah days) reintroduced...I think they would bolster the flagging spirits of our brave, brave lionhearts

Forum Supporter
I've been involved with coaching U8's in 8 min a half games with more passes completed than that. 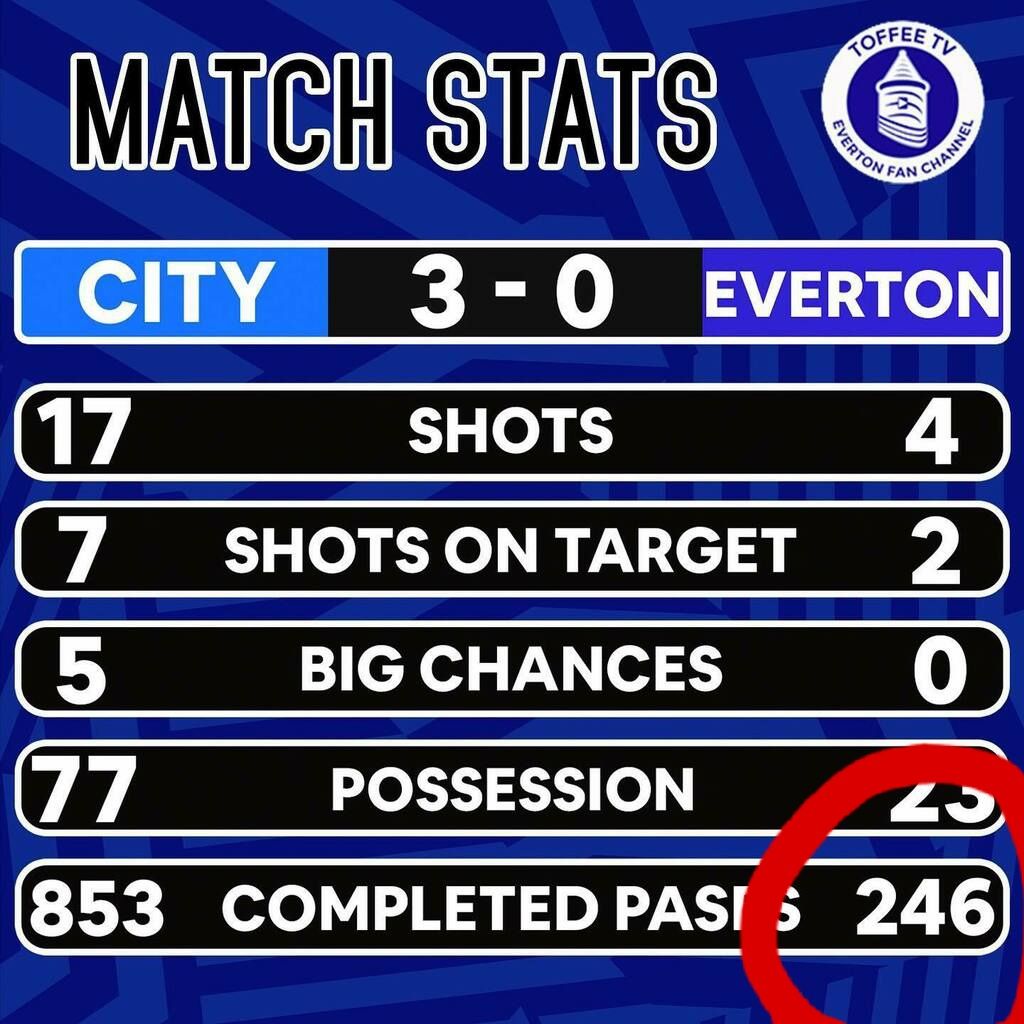 Next match we are potentially missing:

Is this another area where Benitez’ ideas are archaic?

dublinbluenose said:
I've been involved with coaching U8's in 8 min a half games with more passes completed than that.

This is the worst thing, we simply have no idea how to keep the ball for more than 5 seconds, it’s basic stuff, you get taught this in school footie, pass and move etc etc. That professional footballers can’t do this is shocking and embarrassing.

terryefc said:
Marks out of 10

Don't agree with your Gordon verdict, players his age are already top drawer in the Premier league.

deipnosophist said:
Don’t quote me on this but yes, I think Seamus and Crab are 3rd cousins (twice removed). I think Phil Lynott of Thin Lizzy was also somewhere in that joint family tree.
Click to expand...

Joint? I think you have found the answer @deipnosophist, as those who named these as their MOM must indeed be sharing a joint.
It's all opinions, I understand, and I do not normally call out our 'players' or fans, it's just that there were a couple of less underwhelming characters out there yesterday that should receive the award. For actually trying to make a difference.
T

Score line not too bad, we got away without a 5-0 thrashing. But look at those stats published by Dublinbluenose. One has to ask do our players know one of a football from another or can they even play football.

hoppy said:
How bad is the demarai gray injury
Click to expand...

Relatively minor, so, expect him to be missing until March. Earliest.
As I have said before, I would hate any of our medical 'professionals' to be my GP.

That cheered me up massively on this miserable Monday. Thank you @jondel.

bring back the catt said:
Relatively minor, so, expect him to be missing until March. Earliest.
As I have said before, I would hate any of our medical 'professionals' to be my GP.
Click to expand...

Our "medical professionals" are probably working from home and only examining the players in phone consultations "because of Co-vid". No doubt Delph will be on the line now sorting his post City game extended Xmas Holiday aka "recurrence of shoulder problem"

Jacob said:
Our "medical professionals" are probably working from home and only examining the players in phone consultations "because of Co-vid". No doubt Delph will be on the line now sorting his post City game extended Xmas Holiday aka "recurrence of shoulder problem"
Click to expand...

To be fair @Jacob, Delph has more problems with shoulder injuries due to the equal size chip he has on both of them.

Sassy Colombian said:
I’m beginning to think that if we continue playing so poorly, relegation could become a reality

So instead of thinking we need three teams worse than us, we may have to begin praying.
Click to expand...

'Praying' is the appropriate call for action @Sassy Colombian' but, in the meantime, I would like the team to start actually PLAYING.

Eggs said:
….there’s mitigation in respect of injuries but this is a worrying run of form that cannot be excused by injuries alone.

Ironically we deployed tactics today that once prompted an opposition manager to call us a small club.

Not many positives to take from that, I thought Townsend looked our brightest spark but I went for Godfrey who seems to be getting back to full fitness.
Click to expand...

Again @Eggs, your synopsis is a balanced and reasoned reflection of events.
Your middle paragraph is frighteningly true. That is the scariest sentence I have read about the current predicament of our once great club.
Share:
Facebook Twitter Reddit WhatsApp Email Share Link