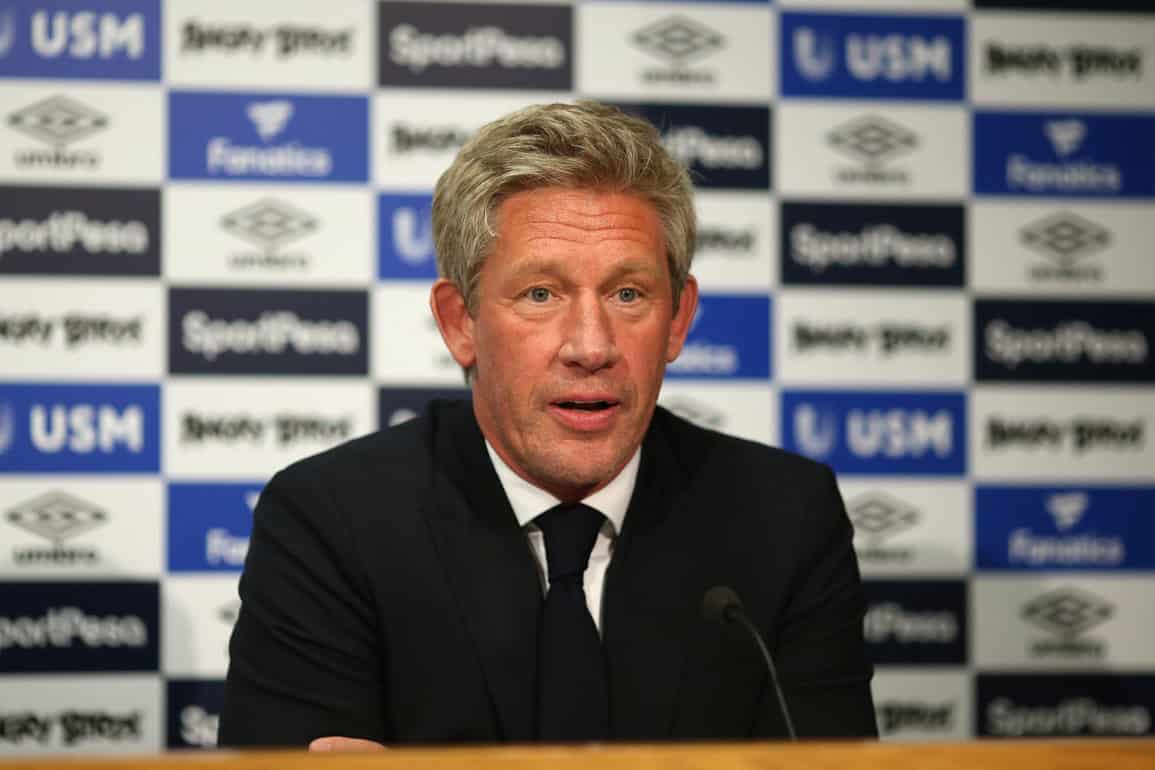 The January 2021 transfer window closed to something of a late flourish of activity, including Everton ending up signing Joshua King moving out 7 players through the month (the majority on loans). As tends to be the case now with January windows, it was much hyped beforehand but delivered very little across the country, with spending plummeting from the previous and collapsing from a record high 3 years ago.

The final total as per website www.transfermarkt.com estimated the spend to be 77m (down from 218m in 2020 and a continuation of the trajectory downwards since 2018 where £505m was spent. It is down 65% year on year and 85% on where it was 3 years ago. These are startling numbers and perhaps the 1st indications of the new- post covid realities football is emerging into.

Of course, not all of this can be allocated to Covid especially with this being the 1st winter window being affected by it. There is no doubt, in recent years there have been moves towards the idea that the winter window is not a good time to do business. It is mid-season, it is a much smaller window than the summer window (around ⅓ of the time) and clubs have become increasingly unwilling to trade for fear that others won’t sell to them (which of course has a cyclical impact and becomes something of a self-fulfilling prophecy). One consequence has been that sellers have been able to demand a premium for players and scare buyers off. While caution and some cultural aversions to buying have impacted the decision, this has likely been heighted by the first glimpses of the covid world we are heading into. That sweet spot, of a preconceived idea of a bad buyer’s market, with legitimate market pressure has driven down prices. In truth it has actually been a pretty favourable market for buyers and you wonder if perceptions change.

As soon as the outbreak hit, I predicted we would see a decline in prices. In truth, within the Premier League that eventuality was avoided in the summer where spending fell only 10-15%. A mixture of deferred payment structures, an overly optimistic view of when “normality” would return, the arrogance that comes from being in a bull market for 30 years (and the perceived infallibility as a consequence) and a desire to maintain business as usual were all contributory factors. Price changes, particularly sharp price regressions brings about a whole multitude of new pressures that I’m not sure football was ready to confront. The eco structure and supply chains made sense, and such a move to radically overhaul them would re-orientate them in different ways. Even if you are currently a “loser” in the current system, at least you are secure in what your role is- who you look to buy from who you look to sell too and the approximate values associated with each.

While this summer only saw a slight regression in price, as indicated above this January has seen a collapse, following on from what had been a 2 year decline. In the 3 other years we have given as the closest example (2010, 12 & 18) it took 6 years for spending levels to record to the previous years levels in 2010 and 5 years for 2012. As regards to 2018, we are not even close to getting back to 2017 levels and as we’ve mentioned we as yet are not even beginning to turn the ship in the right direction. But as a guess, it would not be unreasonable to state it could take 4-6 years to get back to 2019 levels of spending in January.

While there are undoubtedly some specific January only factors (as we’ve discussed) there are also mounting evidence this is now the first signs of the impact of Covid. Following the 2nd lockdown (and more pertinently the slowing down of rolling out normal life in the weeks before the 2nd lockdown) football I believe began to come to terms with the idea there would be no return of fans in 2020 and its now highly doubtful all season. It’s worth remembering Daniel Levy lobbied the government for having a half full, 30k attendance for the opening day of the season. Three is little doubt that while it was somewhat of transitional demand, the expectation may have been to get back to that level in November, and full attendances by X-mas would have been the hope.

Alongside this there will have been an increased hit on merchandise sales, stadium tours and the such. Manchester United noted around this time that they had deferred many sponsorship deals and there was some expectation certain deals would need to be partially compensated. A year of football without supporters is only likely to impact these commercial pressures further for football. While broadcasters have been placated with extra games safeguarding some income this will not cover the above losses (particularly for the wealthiest clubs).

Results are beginning to be announced, and heavy losses are being seen across the board where they are. Top teams such as Madrid, Barcelona, Milan etc are showing 9 figure losses and loss of revenues getting close to that. While these results will be bad, next years (what clubs are suffering with now) will be much worse. These results take us from March-May with no fans. The following years results will show a period of June-May with no fans, no lucrative pre-season matches etc etc. A combination of those results being released, and the worsening financial reality really cannot be discounted when we start to see the collapse in spending. Clubs start to become more cautious, owners start to become closer with liquidity, banks stop extending credit lines in such a scenario.

The intrigue with the summer window is going to now be, do we see something akin to Summer 2020 or Winter 21. A reduction in spend of 10-15% or a collapse of 65%+ (in reality this windows spending is artificially raised by the signing of Amad Diallo for Manchester completed just after the summer window and would be closer to 75% were it to be counted in the summer window when the deal was effectively struck). The extent the drop is down to Winter window factors, against wider covid factors will be demonstrated by the summer of 2021. While it’s likely it will sit somewhere between the two, my own personal view will be it will be closer to Winter 2021 than summer 2020 in terms of spent. If we have a 50% reduction on the previous summer, we are likely to be heading into a window where spend goes back to around the 2008 levels.

One point it is worth adding, when we perhaps analyse where Everton fit within that, is that the drop in value will not be universally shared. For some time now, value of players over 30 has been almost 0. What has now started to happen (and occurred as early as last summer) was that players in their late 20’s are seeing most of their value hit, compared to younger players. Doucoure who is 27 goes from a player who might have been sold for £40m a year earlier to nearly half that price. Allan at 29 who had a club bidding £65m a year earlier (and may have gone for say £70m+) ends up going for less than 30% of this value a year later Of course there are other factors that help to explain it, but we are seeing a substantial reduction in value of players approaching 30. In a lot of ways it makes sense, once you accept the idea that players have 0 value at 30 it puts pressure on players 29. If their value is then pushed to close to 0 it begins to then become pressured onto players who are 28 etc.

There is likely to be some thought that with younger players, you can “ride out” what will be a rocky patch. There may be a dip, and a recover, but a player at 20, you intend to sell at 25 may still have enough time to recover value. Where most of the top teams have essentially relied upon creative accounting to make player trading sales in order to circum navigate FFP it is going to continue to probably artificially drive down prices on older players (while holding up the values of younger players). This may seem quite anarchic, but you can only really get around this by removing FFP and the requirement to generate player trading sales as a means to an ends in itself.

As with most clubs, there are strengths and difficulties that emerge from such changes. There are 2-3 years of terrible results on the records, and it’s unlikely Everton will be able to trade or grow themselves out of those results in the context we are going into. Most of Evertons 28+ players are essentially at 0 real value but were already at that before the pandemic. 65% of 0 is still 0 (which in a bizarre way is something of a positive). It partially explains why Brands is finding it even harder to move players on. Fortunately many are coming to an end of their contracts, or are now the final year, so loans and even moves away become more a possibility (depending on the player). It’s highly unlikely any will derive a substantial revenue stream.

They also have a number of players, in the 27 and down range. Lucas Digne just straddles this age range as done Yerry Mina, but Dominic Calvert Lewin and Richarlison are smack in this range. They are players who’s values may hold up best and it is a consideration if either may be sacrificed to bring some funds into the club.

Where there are positives, is we now have stability on and off the field at manager and DOF level, and a manager who is more than capable of working with older players. To some extent it looks as if he may prefer them. We also have an owner, who has shown an unwavering commitment to want to invest into the club. Football is a unique industry where far from shareholder investment being welcomed as a positive, is discouraged and attempted to be outlawed. However in a situation of falling prices (at best) and wider macro and meso pressures having an owner who is willing to invest liquidity into the business could lead to it going a lot further than at any point in his tenure.

That to some degree is seen from the signing of Josh King. This is a player who was valued at 50m in 2017 following an enquiry of around £25m made by ourselves. Last year Manchester United offered £25M which again was turned down. We can speculate what he may have gone for, if the two sides met, and suggest it wouldn’t have been much higher, but he was worth at least £25m. Everton have got him for pennies on the pound in such a deal. For players of the ability of James, Doucoure, Allan and King, to have secured them for under £50m collectively is strong business. If there was £50m profit from a sale of DCL/Richarlison that could be reinvested in 4+ players of similar quality, the temptation must be great.

So while it has not been perfect, it has been a positive January for Everton, who have exploited the falling prices to secure a medium term option they have been tracking. As we move forward, the volatility of the the summer market will make for an interesting few months.