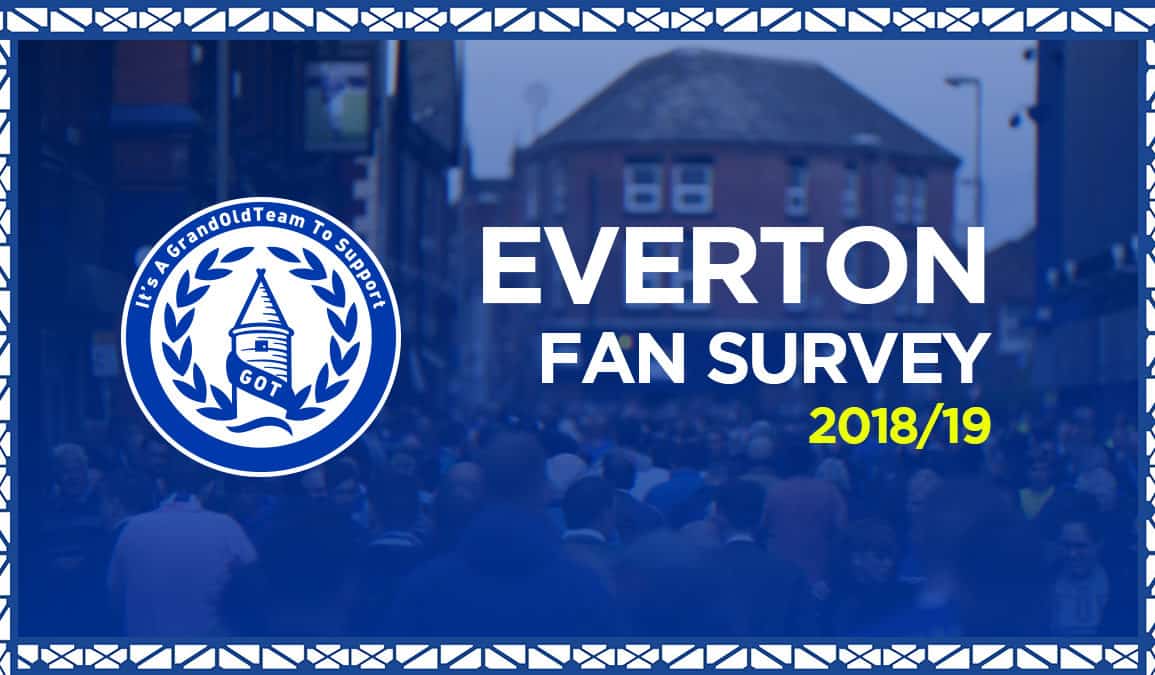 The results of the first independent Everton fan survey are now available.

GrandOldTeam would like to thank all Everton fans who provided us with a detailed understanding of their views on the key issues at Everton Football Club.

We would also like to thank the Evertonians who helped us prepare, conduct and compile the results of the survey to ensure we gained a thorough reflection of the views of Everton fans.

Following the tremendous response to the survey and feedback from fans we will now produce a fan survey following the conclusion of every season.

You can view the results of the survey in full via the following link, and view key findings below.

96.7% of fans are satisfied with Marcel Brands.

63.7% Satisfaction rate with Everton’s progress under Farhad Moshiri, with a majority believing he should improve his communications with supporters.

Appetite shown for ‘Head of Club and Supporter Liaison’ appointment.

71.6% either Unsatisfied or Very Unsatisfied with Everton’s football performance in recent years.

SportPesa is not considered a good sponsor for Everton.

86.7% of fans believe a new Everton stadium at Bramley-Moore Dock will be built, with 79.9% trusting Everton’s board to deliver a stadium befitting of the club.

88.6% in favour of safe standing, with a majority believing the capacity of a stadium at Bramley-Moore Dock should be at least 55,000.

85.4% of fans believe Europa League Qualification is a realistic target for 2019/20, with 17.9% believing Champions League to be within reach.

"Oops! We ran into some problems"