Craig Hoyland submitted the following article. Want to write an article for GrandOldTeam? Just give us a shout here.

‘An argument started by a kopite, it has to be’ was my initial reaction. Only they possess the levels of delusion required to believe such a mad statement and then I spent 30 minutes thinking about it, or however long an episode of mafia wives drags on for.

You can’t say Big Dunc was a better player than Lukaku, you just can’t! He wasn’t a better goal scorer, he didn’t have Rom’s technical ability & the goal record speaks for itself, 72 in 273 for Ferguson & 72 in 146 for Lukaku. Then there’s the “but Rom doesn’t run enough” argument. Naismith ran a lot, was he better than Lukaku as well?

So why have I seen so many blues arguing Ferguson’s case? What is it about Lukaku that prevents them from connecting with him and appreciating the goal scoring machine that we were missing for so long in the same way they did and still do with Ferguson?

The answer is something that can’t be bought, taught or developed on a training pitch and it’s something that Ferguson still demonstrates off the pitch more than Lukaku ever has on it. It’s that Dogs of war passion, it’s that unconditional love for all things Everton. 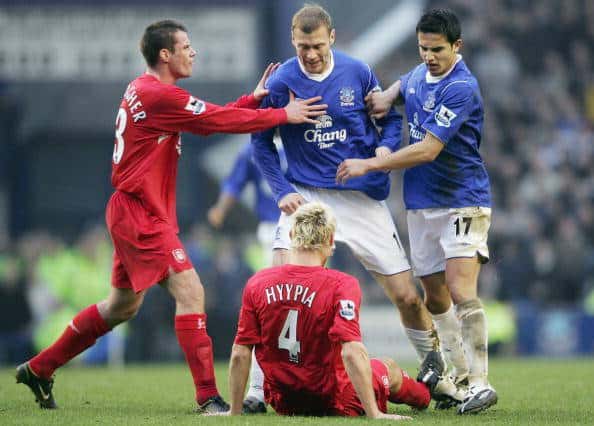 Let’s be honest, without Rom’s goals we’d be looking over our shoulders and worrying that Sunderland have just been awarded two penalties at Beelzebub FC. He’s a quality player that would walk into most PL sides but until he shows us more passion and less of his, what appears to be at times, indifference towards us, there will always be some blues who would prefer a Ferguson esque player and, as much as I and I’m guessing a fair amount of you would disagree, prefer to sacrifice some of Rom’s goals in exchange for Fergusons heart, passion and love for Everton.