The Missing of Tim Cahill

News around the place today about Tim Cahill scoring the fastest ever goal in the MLS after only seven seconds against Houston Dynamo. If youâ€™ve not seen it then its defo worth a look.

It got me thinking mostly about how I miss Tim in the royal blue of our shirt.

He was prevalent in the first and second of the good teams that Moyes built and helped in reseting the foundation for Everton, and some pride after too many years of absolute tosh that we donâ€™t need to elaborate on too much for this purposes of this ad hoc and poorly structured yet-another-internet-piece.

Signed in a time of Everton meltdown with the imminent sale of Wayne Rooney we didnâ€™t expect much, after all he was less than two million and from the league below. We had the greatest young player of his generation on these isles slipping through our fingers and turning up at Old Trafford wearing a manky jumper beaming. I still want to punch that kid in the face, and hopefully heâ€™s legally old enough now, who held up the Please Sign Rooney sign on a meffy piece of cardboard.

I watched his first meaningful contribution in a bar in Tenerife full of beauts in their varied replica shirts including plenty of City fans and me as the sole blue. Cahill started as he meant to go on and scored a winner against City at their place and was then sent off for getting caught up in the moment and lifting his t shirt over his head. Everton all over that. I went mental like, I was with a new bird and was trying to play it cool but get her sufficiently into Everton so my delicate revealing of EFC obsession would be tolerated. She hadnÂ´t seen me antagonise forty fatties in a bar before and ask them what our fucking name was. I thought she would swerve me after that, she didnÂ´t. It was the first ace moment Tim gave me, one of many.

We wonâ€™t go through season by season as you know his contribution and remember it well but there was a great foundation laid in that season we finished fourth against the odds, and was nicely rounded off with his second goal against Newcastle pinning the fourth place.

He lasted the test of time and we all have a favourite Cahill moment but while there was some undoubtedly all round better footballers during this time, none really got the affection from Evertonians as Tim did, and Iâ€™ve been trying to pin down why that was.

Evertonians love an aggressive headerer. It started back from Dixie and continued through Hickson, Royle, Latchford, Sharpy and Gray, Ferguson and in later days Tim carried that particular mantle that we like. Its sound passing the ball into the net but thereâ€™s nothing like someone taking out a defender and twatting the ball into the opposition net with a certain velocity that leave the opposing team in no uncertain terms that weÂ´ve brutalised their very being.

Remember his goals for Australia in the 2006 World Cup and going up to celebrate with a blue in the crowd with an EFC flag? He was ours, he got us, the city and all the things we stand for. No over gushing words, just get the fuck into them and give us boss moments. He was also the first Everton player to be listed for the Ballon Dâ€™or in eighteen years. He wasnâ€™t going to do five step overs and wear his socks above his knee, he was Everton. A representative of the angry arl arse dars situated all around our ground on match day. You donâ€™t like him? Fuck you, whatâ€™s our name?

Now you can score boss headers but if thatâ€™s all it was then weâ€™d have been moving heaven and earth to sign Matt Smith from Oldham in the summer. While thereâ€™s no set in stone checklist at becoming a Goodison great there are certain things that help the process. 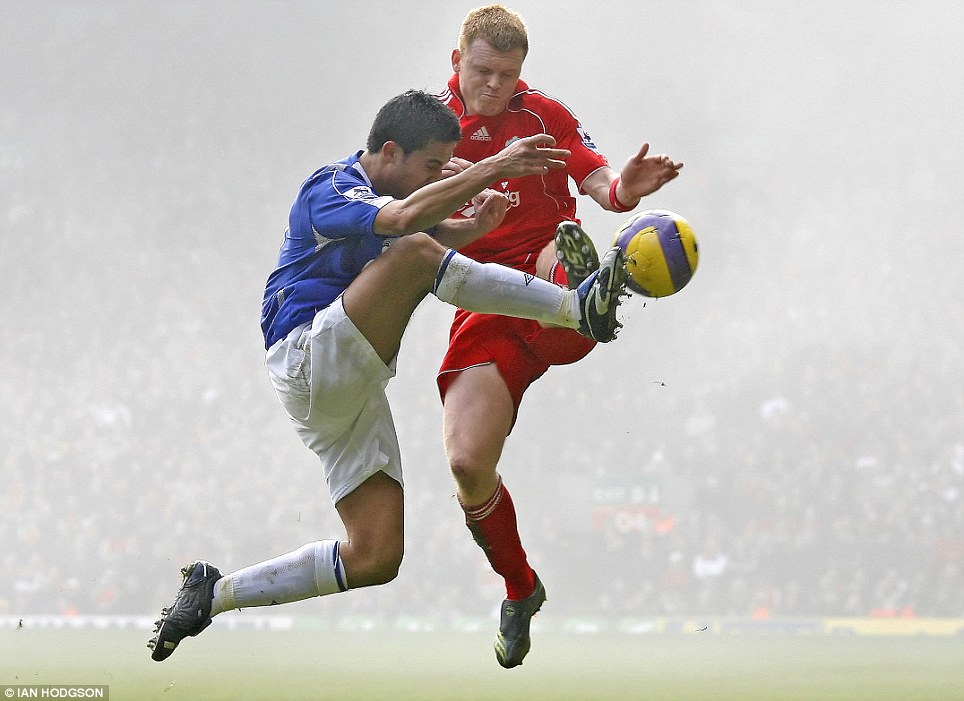 Busting a gut is one and Cahill never left many pitches for us without giving full commitment, a continual pain for defenders in tustles with him and never ever scared to put his body in the way of danger. Like most of his fellow Australians when you pit them in sport he was a great competitor, losing evidentially hurt.

That links in with another bit we like which a bit of snide. Not in the Suarez cheating sense but a bit of foot in and letting the opposing players feel a bit of Everton. This doesnâ€™t extend to maiming the opposition or rolling about trying to blag penalties, or habitual racism and subsequent collective ignorance of it. But Andrew Johnsonâ€™s first goal in the 3-0 victory of 2006 was only enhanced by the replays of Cahill headlocking a stricken Alonso on the floor in the build up to the goal. Everton that. I was in Lanzarote and collected winnings off a kopite mate bet and hung out of my mateÂ´s van driving all along the front of Puerto del Carmen ripping any red shirt sulking home that I came on. Again, she shook her head but endured it.

Again it nicely links into another big thing and that is hating them and not shitting it in the derby. Cahill straight away got the importance of the local rivalry, his first experience of it was the ace Carsley derby where on that day weâ€™d sort of confirmed that we are onto something good that season. The image burnt in my head is him on top of a pure piley on of Everton players with one arm raised buzzing off the moment. Some moment. I was on a boat in Cuba for that game so missed it, so when the text came in I bought everyone champagne on the boat much to the chagrin of her and my credit card. Yeah fair enough Iâ€™m one of them Everton tits.

And probably the final component is getting Everton. Badge kissing all over the show these days and most of it hollow as soon as a bigger pay day comes along with an agent in their ear. Not with Tim Cahill. He stayed for eight years and no doubt in that time there would have been offers elsewhere. He didnâ€™t waiver, he was ours and Goodison was all the better for him.

He left when the time was right during a struggling Everton team and it being apparent that his best days with Everton were done, he still ran his arse off and pissed off the opposition as keenly as before right to the final minute on the pitch for us.

Its different things for us now and as always Everton moves on. I was lucky enough to see us win a couple of league titles and be one of the best teams in the world. But what would I give for one more time where Cahill rises and does his thing then smacks two bags out of shite out of the corner flag. On leaving his stated heâ€™ll always support Everton but that was never under doubt, we didnâ€™t need the words, we saw the actions.

All for £1.5m. While Iâ€™ll remember fondly Arteta, Bent, Martyn, Carsley, Baines and the rest, Cahill was the one who Iâ€™ll remember most of that era. Hence why Iâ€™m typing this after too much ale on a Sunday night/Monday morning. Some players can inspire that in you and Tim Cahill was one of the rare ones of that type. The tolerant girl with the pretty smile is still on the scene and is immune to my dickhead EFC related behaviour. IÂ´m going to bed tonight and whilst IÂ´ll be lying next to her – IÂ´ll be dreaming of Tim Cahill.