I know its not the most reputable source but this guy is really convinced his `source` is right.

TheDaisyCutter1The Daisy Cutter
@Forever_Everton Found out more news about it yesterday as it happens. But if you're going to be like that then you can whistle for it.

TheDaisyCutter1The Daisy Cutter
@FugginGerrynEFC ....will take time and I was very sceptical about imminence of announcement. But I put up headline so I will take my dues.

TheDaisyCutter1The Daisy Cutter
@FugginGerrynEFc Neither confident nor unconfident mate. If nothing in next few days I'll put up apology but something will happen. It....

TheDaisyCutter1The Daisy Cutter
@SteveDow1 Definitely not a wind-up Steve. Look out for a land deal in the Liverpool area.

TheDaisyCutter1The Daisy Cutter
@FugginGerrynEFC I've been 'silenced' mate. Just look out for a land deal. The rest should follow

TheDaisyCutter1The Daisy Cutter
@FugginGerrynEFC Who I support is irrelevant mate. The Cutter is a football newspaper. It's jokey sometimes but doesnt do wind-ups.

TheDaisyCutter1The Daisy Cutter
@danholling Nah, wouldnt do that. Well, I would but not with something as serious as this. Would probably make up a player bust-up haha

I dont believe for a second that anything will happen, but he printing his apology and thats the last we`ll hear of it.

Either someone is pulling his leg or he is a wind-up merchant, but we`ll not get any new owners anytime soon.

Its fecking ON mate! 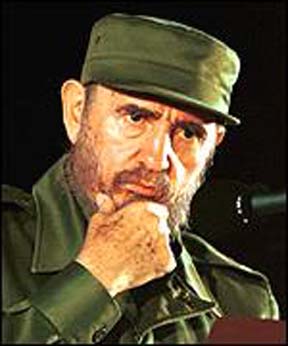 TheDaisyCutter1 The Daisy Cutter
@TimHSaunders Same here mate. Frustrating as hell. Will send you a private message now. Message (and apology) to blues in Cutter tomorrow.
Click to expand...

Oh wow, it was jarg. I'd never have guessed.


Oh wow, it was jarg. I'd never have guessed.


Yeah did think it was anyway, what right does this guy have to publish rubbish like this. He took exception to my tweet calling his paper a joke!
L

This must be what funded the McFadden deal.
C

He's not actually said it is not true. Big story on it in the cutter tomoz. Shall be up early to read!! Ha... What a load of tosh!
S

Can't be 1 person who thinks this will happen !! Please step into the real world of faddy and Neville in the same team

Apology put up but no retraction

A Message (And Apology) To Everton Fans

Early last week the Cutter ran a story outlining our firm understanding that Everton FC are in the process of finalising a deal with an Indian Consortium who are also involved in a forty-acre land deal in the City of Liverpool.
http://www.thedaisycutter.co.uk/2011/10/cutter-exclusive-new-everton-owners-announced-this-week/
Within a matter of hours the story broke on an Everton fans forum swiftly followed by another. The Cutter received record hits that day and its Twitter page was inundated by blues wanting to know how much validity there was to the story.
The main reaction was one of disbelief and derision which was not wholly unexpected considering the sheer amount of similar rumours that have proven to be unfounded in recent times.
The Cutter ended the article by promising to publish a front page apology if no corroborating news followed. So far we believe – look, let’s be candid here – we KNOW that things are still at the meetings stage so no corroborating news will appear for a short while yet. Calls for an apology however have escalated and, Daisy being a girl of her word, we’re happy to oblige.
We would though like to set a few records straight and will do so beneath the apology. We urge all Everton fans – who have been both brilliant and abusive in equal moderation – to read it.
At this point we reserve the right to withhold a retraction.
The apology, as promised, will take the form of a photo of Tim Cahill scoring against Man City.

As previously stated the reaction to last week’s exclusive has been mixed. Some decent people have contacted me and requested further information. Others have wished death upon me on Facebook groups. What made this even more galling was that 11 people ‘liked’ the sentiment! It’s been impossible to reply to each and every query so below is my attempt to set a few things straight and explain other aspects as best I can.
1/ What’s the latest?
I’ve been informed of more but really it only amounts to peripheral information that fleshes out the bones. The additional information will not be disclosed here or anywhere else because I have, in effect, been silenced.
I don’t mean that in an overly-dramatic manner. Simply that I don’t wish to lose a couple of valued friends over this. This story didn’t just cause a stir amongst supporters. I’ve got into a fair amount of **** over this which made the consequent abuse from Evertonians all the more galling. Poor me right?
2/ What about the tagline?
Don’t pay any heed to the ‘Newspaper that honestly lies’ tagline. The Cutter started out as a ‘Daily Mash’ type of site at the start of this year concentrating on daft made-up stories. Since we relaunched in July we’re now a proper legit footy newspaper with serious articles, features, breaking stories and opinion pieces. The briefest of glances around the place will confirm this. Since July we have published eight fake news stories out of two hundred new ‘pieces’ up to and including today. That’s less than 5% of the content. You will find these fake stories in a section clearly marked ‘Fake Stories’.
The misleading tagline remains simply because I like it and because it protects us (to a degree) legally for the fake stories we do run.
3/ It’s a wind-up right?
If you take one thing from this message please let it be this – I am not – in any way, shape or form – on a wind-up with this story. I have a lot of mates who support Everton and they’d give me no end of abuse if I did so. Plus, crucially, I’m not that kind of person. It would be a bit sick really especially coming from a City fan.
I’ve taken part in plenty of banter – some meant, some not – with bluenoses in recent times, particularly around the occasions of our fiercely contested fixtures. But to make something like this up (to what purpose?) is far, far beyond my moral limits.
4/ Ulterior motivations?
The Daisy Cutter is NOT a profit-making site. There is no ‘penny for every click’.
Our sole advert basically covers the cost of running the site. I run the Daisy Cutter purely because I love the game. I am not a journalist and I do it entirely as a fan.
It is basically an extremely time-consuming hobby.
5/ No word in the press so you’re lying!
Though I firmly believe the source and the actual substance of the story I was doubtful myself about the timing of the announcement. Seems awfully quick to me. That’s why I worded it ‘may even be’ sometime this week. I’ve since found out a couple of things that make me believe the announcement will be soon but certainly not this week.
I’ve been honest and open with all of this – hence the initial promise to put up an apology if it’s incorrect. It has all been done in good faith. However, I have to say that such a thing is obviously a huge and complicated procedure and so many things can go wrong at any point. I either want it to be bull**** (which it isn’t) or to happen. If it falls through and remains secret that will annoy me forever because no-one will ever believe me. Again, poor me right?
Good luck on Sunday lads. Peace.

Forum Supporter
I don't believe that we're going to be taken over, but i do believe the lad's intentions are good enough.

If it does happen it will actually make my year. I don't like thinking about stuff like this because it's just depressing.

This lad is really convinced and convincing. Hopefully it is true. Like said above^^^ It would make my year

We'll get taken over alright.

Just not by humans.