Can’t remember Jim White being right about anything to do with Everton.

Hawhaw said:
I said I’m sick of mediocre crabs. Iwobi and Tomori fit that category. Two players media are linking us with. Not very hard to understand is it
Click to expand...

Agreed. And neither of those players play for Everton. Whereas the players we have ACTUALLY signed are nothing to be negative about whatsoever

Forum Supporter
Palace will buckle eventually. It has happened enough to us over the years for us to know how it all plays out in the end.

Zaha pushing for a move from the big man Joyce

Wat Tyler said:
Smalling on loan, absolute proof we are panicking and left it too late
Click to expand...

Where’s that one come from?

Lob said:
Honestly, people need to stop taking as fact every breaking news report that is tweeted, especially when it is coming from blurts like Jim White, Ed Aarons, The Daily Mail, The Scum, BBC, SSN. None of these feckers are reliable. There is so much nonsense being reported, especially now when there is just over a day to go in the transfer window. Perfect example, that tweet that Ed Aarons did less than an hour ago is very obviously nonsense and it has already been retweeted and reported all over the god dam planet as if it is factual when it is total and utter bollox. Why would Everton be putting a bid in today that included McCarthy when a perma deal for him has already been agreed yesterday and he is actually there now having his medical. He is tweeting tripe ffs.

Discernment needed folks. Unless it comes from someone who has a record of being very reliable such as Joyce, it is probably bollox.
Click to expand...

So it's all a load of bolux

Zaha pushing for a move from the big man Joyce
Click to expand...

You got a membership to full article mate? Bit of good news if true. 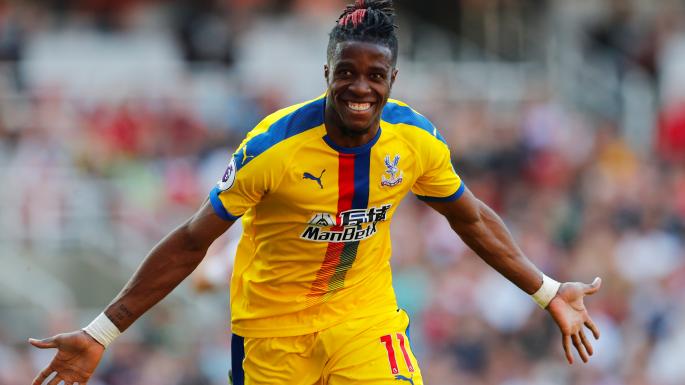 Wilfried Zaha has submitted a transfer request to Crystal Palace as he looks to force his way out of the club.Palace must now decide whether to cave in before tomorrow’s transfer deadline at 5pm in

Zaha pushing for a move from the big man Joyce
Click to expand...

someone c/p the article, please.

Everton could release a book entitled "How to destroy all pre-season optimism in two days".

I’d rather not sign anymore than go for the likes of Iwobi and Smalling.

Toffee-nerd said:
Jump the gun? Not Brands fault if a club ups their valuation which would make him the most expensive premier league signing in history. Plenty of time to go, brands has done literally everything needed of him so far, let's hope he can keep the trend going.
Click to expand...

Clearly, Palace are annoyed that the club ignored the £80m price and may have offered players rather than cash upfront. (And I hope this isn't because of a desire of Moshiri to make a statement otherwise, there might be a £100m bid.)