arch stanton said:
weren't they in financial difficulty when they got pasted down a couple of divisions?
Click to expand...

Yes and he left on a free when they thought they could have got a fee for him.
They basically went out of business and reformed.
He wasn't the only one to do it.

Booed for a long time when he arrived and clapped when he scored against us for Norwich. Has there ever been a player who turned around crowd opinion is such a way?

Rangers shafted us with Michael Ball iirc. Stopped him playing a certain amount of games- one short- so they didn’t have to pay us.

Forum Supporter
If there ever was a player who I wanted to have his skill match his heart it was Naismith. There is no doubt he had ability but it seemed he couldn't always produce it consistently. Was never sure if it was because he had only one way of playing and when that wasn't going well he couldn't adapt or if it was he simply tried too hard. Saying that he was a better player than some on here thought.
Outside the actual act of kicking a ball I have little time for top level professional footballers, generally they appear to be an odious bunch. His lad is one of the exceptions, I remember stories of him giving away tickets for matches to the unemployed, food parcels and other acts of kindness. I was very happy when he scored against Everton for Norwick and very proud to support a club whose fans gave him such a reception when he did so.
I know very little about Hearts and cared less until he went there, I hope they sort themselves out and his gesture is recognised.
Steven Naismith is an example of how a person who has been fortunate enough to earn a good living should conduct themselves.
C

willo30 said:
Yes and he left on a free when they thought they could have got a fee for him.
They basically went out of business and reformed.
He wasn't the only one to do it.
Click to expand...

I suppose you could Everton shafted Rangers too.
S

Nais apparently still has the same mates that he had before he 'made it' in football, and in at least a couple of interviews he has said that he is very grateful for the opportunity he had to make a good living out of football. He once bought Everton season tickets and took them to a local jobcentre, telling the staff to give the chance to go to a game to the jobseeker who made the greatest effort to get a job. Incredible.
E

Worked his socks off.had a bit of snide and was a really good finisher. Also seemed to play well against the better teams whilst a lot of our team bottled it. What a great lad as well

Fair play to him for his charity output.
M

I always liked him as a player, but disliked his 'darker arts' side, but this is inherent with Scottish players. He is a good man to do charity work.

They went bust and had to set up a new team in the lowest division.

It always felt strange to me that we had both him and Jelavic in the squad at the same time, a partnership that had done very well at Rangers, yet Moyes hardly ever tried them as a partnership, often shunting Naismith out to the wing 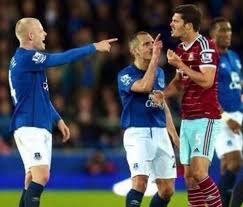