sixtynineseventy said:
I’m out. I’ve cashed my emotional chips in after last Monday in attempt to get my life back. I had great expectations this season (didn’t we all) but the constant poor and predictable home performances have beaten my soul into the ground once again. I know we’re away but it’s unfair of them to keep giving me hope and failing to deliver. I’m focusing on next season as I’ve got zero expectation in this lot and hope that half of them will have gone come the brave new dawn in August. Anyway, what time is the kick off...
Click to expand...

Player Thread Sponsor
Need to win this one 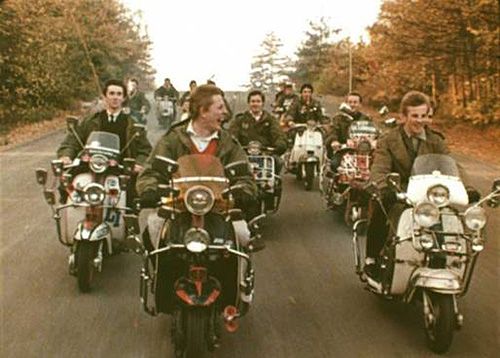 Jamo’s mob are on the way!

Very hard to call. It's come to something where I much prefer us to play away.

A bit of inward pressure on Dominic Calvert-Lewin in particular after the missed chances may be no bad thing for us here. James fit is always a huge bonus.

The Amex is becoming another of our bogey grounds, they are amongst the better of the bottom half teams.

I don't think we will lose this, not sure if we'll win it either.

A draw is the most likely, which won't be enough. 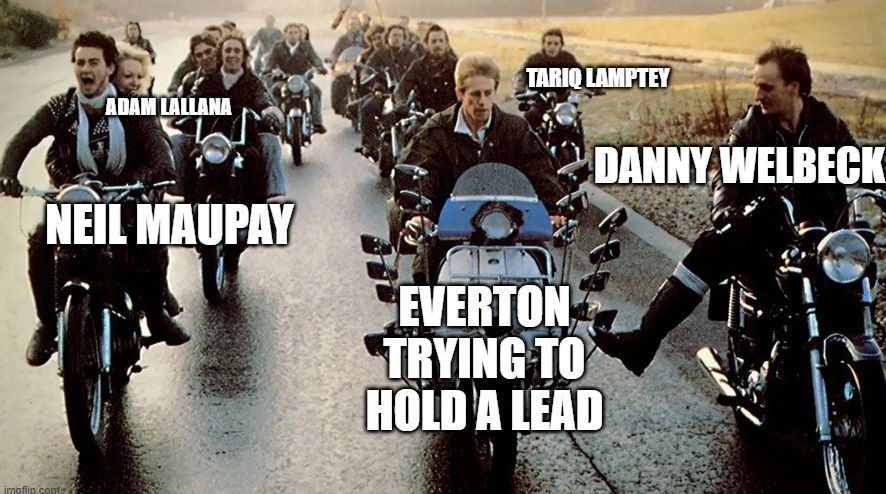 Alan Whittle said:
What do you want? Shakespeare ffs?
Click to expand...

Tis probably nobler to suffer the slings and arrows of your cruel pen, but no offence meant. I was just wondering why the Match Thread was in amongst
the common posts rather than in its rightful place at the top of the page.

Jeff Jones said:
Tis probably nobler to suffer the slings and arrows of your cruel pen, but no offence meant. I was just wondering why the Match Thread was in amongst
the common posts rather than in its rightful place at the top of the page.
Click to expand...

There is no winter of discontent here, God cry Everton, Harry Catterick and Saint Carlo

I’ve just got that horrible feeling we’re going to be played off the park and embarrassed. We are the exact team that gives teams like Brighton their “they play good football” moniker

KaiserEFC said:
I’ve just got that horrible feeling we’re going to be played off the park and embarrassed. We are the exact team that gives teams like Brighton their “they play good football” moniker
Click to expand...

keep it tight for as long as possible, nick a goal then defend it and hope for the best

if brighton score first then we are in trouble
C

KaiserEFC said:
I’ve just got that horrible feeling we’re going to be played off the park and embarrassed. We are the exact team that gives teams like Brighton their “they play good football” moniker
Click to expand...

Don’t know how we will play next Monday, does anyone considering the absolute different performances playing home and away, but going on Brighton’s pressing and attacking at Old Trafford the other week they will give Everton’s defenders plenty to think about, and the speed at which they operated I’d give Keane a rest for this game.

ArtetaMoney said:
If we have a starting XI with Davies and Gomes in it we will lose, any starting XI that doesn't have them in it brings us 3 points.
Click to expand...

Need Davies to start and boss the midfield. Need him for strength and quality. " Young" Carlo says - "most improved player in the Everton squad" In young Carlo we trust" !!!!! ????

SOME OF THE ANCELOTTI PRE MATCH BRIGHTON P/C

Carlo Ancelotti confirms that Andre Gomes will not be available for Monday’s game against Brighton. Allan has trained this morning but will be checked ahead of Brighton. Iwobi is back. Delph and Bernard are following their individual plans and Jordan Pickford is not 100% and won't be risked

He will play again this season. He had the scan last week, everything was ok. He's going to have his next scan in three weeks and then he can start to train

I fully support this fight against racism and online abuse. It's not tolerable to receive abuse online or racism

They are playing good football, they have a clear idea. We have to defend well and use our quality, because we don't want to play a game to wait and try to do something on the counter attack.
In this period, there are no teams that don't need points. Every team needs points. For us it's vital to try and reach the target of Europe. Every team is involved, and this is the reason the Premier League is so exciting."

We talk about Richarlison and Calvert-Lewin. I can say they have really good ability in the box, usually they are really clinical and they have been this season. In this situation against Palace they were not clinical, this is the truth.
After that what can I say, I am really satisfied for their season. They had an episode and I can say if they have the same chances as against Crystal Palace, they will score

I think that Jean-Philippe Gbamin can play. He's training properly, he's not used to the intensity of the Premier League so we have to take care of this. Now, with the medical staff, we have to decide how long he can play. He will be a fantastic midfielder.

Josh is doing well, he didn’t play a lot. It’s true he played more when we played a different system, now we have a lot of midfielders out we changed the shape to play with wing-backs, he’s not a wing-back. He can play as a striker and also as a winger

I think that we have a good academy, not only Lewis but there are players training with us a lot of times. I can say that our academy is a good academy, because we have players with talent. I think we have a good future in that sense, “I hope soon we are going to have more Ross Barkley for the future of this club [Barkley reference is referring to the question from the Journalist who specifically mentioned Ross Barkley when asking about the academy]

We will smash these. They come to play football, which suits us.

Not looking forward to this at all

Cheers for the match thread mate! Additionally, what a hilariously fun tag line you’ve created for the BHA tourism committee!