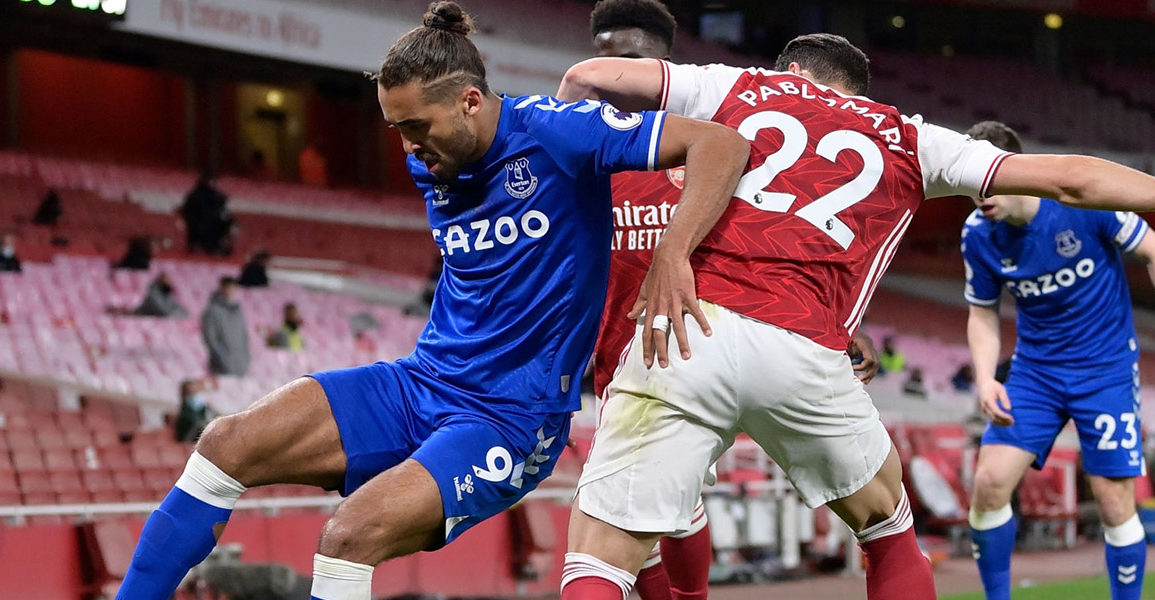 Everton pick up three points at Arsenal – their first away at Arsenal since 1996, and their tenth win on the road this season.

Everton are now six points ahead of Arsenal in eighth place, and only three points behind Chelsea in the race for the fourth Champions League spot.

It was an undeserved yet indisputably massive result for Everton on Friday as they won away against Arsenal for the first time since 1996 and subsequently for the first time ever at The Emirates. The Toffees also completed their first league double over the Gunners in 34 years. Neither team created many chances to write home about, but it was Bernd Leno’s blunder on a tame Richarlison cross that ended up being the difference between the two sides. Thanks to the German’s clanger, Everton have now won 10 away matches this season, a feat the club has not replicated since the title winning side of 1987 hit the same figure during a 42 game season. However, that team, unlike the current one, was even better at home. The victory puts Carlo Ancelotti’s side back into contention for a European spot, as they are now just 3 points off 4th place Chelsea and the Champions League spots, somehow. It sets up a grandstand finale to the season for the Toffees, whose dreams of finishing in the Top 6 live on for another week. And so, without any further ado, here are my player ratings for Arsenal 0-1 Everton.

Listen, I think we can all agree that Jordan’s new trim is a bit dodgy, but if he keeps playing like this, then I do not care. His save to deny Martinelli in stoppage time was crucial, and although it wouldn’t have counted, he also made a good diving save to deny Odegaard’s volley just before full-time. I wasn’t scared about Pickford making a mistake for the first time in a long while.

I thought Seamus Coleman was brilliant. He dealt with Nicolas Pepe’s trickery admirably and won various duels throughout the match. He was defensively sound, other than letting Martinelli get that one shot off, and he got forward up the right-flank very effectively yet again. I was thoroughly impressed by his performance, and he stood out to me as a great shout for an under-the-radar Man of the Match winner.

It’s hard to expect Holgate to be perfectly up to speed when playing center half considering he’s been stuffed out of position at right back for the vast majority of the season. That being said, he did well enough to help us preserve an invaluable clean sheet on the road, and so I can’t be too harsh on him for his sporadic lapse of concentration… or unnecessary borderline red-card challenges.

I mean, how good is this guy. Readers of my work will know that I’ve been a huge fan of Ben Godfrey this whole season, and if the rest of you aren’t by now, you need to have a word with yourselves. He’s been arguably the most consistent performer in our whole squad this season. It’s hard to find a performance he’s put out this season that hasn’t been impressive. He’s faster, stronger, and more committed than everyone else. What a brilliant signing he has been.

I thought Lucas Digne was very solid. He didn’t get to push forward as much as he usually loves to, but I think it’s evident he’s been working on the defensive side of his game because he’s been doing those duties very admirably as of late. He was Johnny-on-the-spot all match; seemingly everywhere that a header needed to be won or a clearance needed to be made. Very sound performance from him.

Allan’s performance wasn’t as eye-catching as others he’s put out this season, but he quietly did his job well. He disrupted Arsenal’s flow of play and was a big contributor to the fact they really didn’t create any good chances until late on. He also played a great ball through for Richarlison whose left-footed effort forced a good save out of Leno.

Gylfi didn’t really get to have much of an impact on this game. His most notable contribution was probably clipping the top of the bar from a free-kick, which was a good effort to be fair. But let’s be real here, it’s been nearly 4 seasons and the only one he’s stuck in the net was in a friendly against Blackpool; that’s not good enough. Gylfi also had a sure goal blocked by Rob Holding early in the second half, but Seamus Coleman would have been offside in the build up anyways had the ball found the net.

Thomas Partey proved to be a worthy adversary for James. The Colombian was frustrated all match and was forced to drop very deep to get on the ball, but even when he did, the big Ghanian was there to stifle him. James took too long on the ball a considerable number of times, and we were almost made to pay for it. At least he escaped unscathed though, as his fitness going forward will be very important for Everton’s Top 6 aspirations.

It doesn’t take a rocket scientist to see that Richarlison’s end product has been sub-par this season, especially when compared to the ruthlessness he exhibited over the two seasons prior. That being said, he continues to get into good positions, and that’s what he did again on Friday. He was Everton’s most threatening player, and although his final decision was off, he got the bit of luck that perhaps he was due with the way things have panned out for him this campaign.

DCL wouldn’t have been happy with how little he was involved in the game. Other than a few battles here and there, he got no time on the ball at all, let alone service with which to fashion a goal. The only half-chance he had that I can remember was a diving-header in the first half that would have required a small miracle to get on target, let alone into the back of the net. It’s nice to have him back though, and hopefully he’ll return to the scoresheet very soon.

I mean, I guess Fabian Delph did his job judging by the fact we didn’t concede, but he looked absolutely clueless. Clips of him curling the ball straight to no one, and whatever you want to call that sliced “pass” that made it to Mason Holgate, were flying all over Twitter once Evertonians had released their collective exhale upon full-time, and I was struggling to believe how that man was a professional footballer, let alone a former Premier League Champion.

Should’ve started in my opinion.

Glad to see him back already.