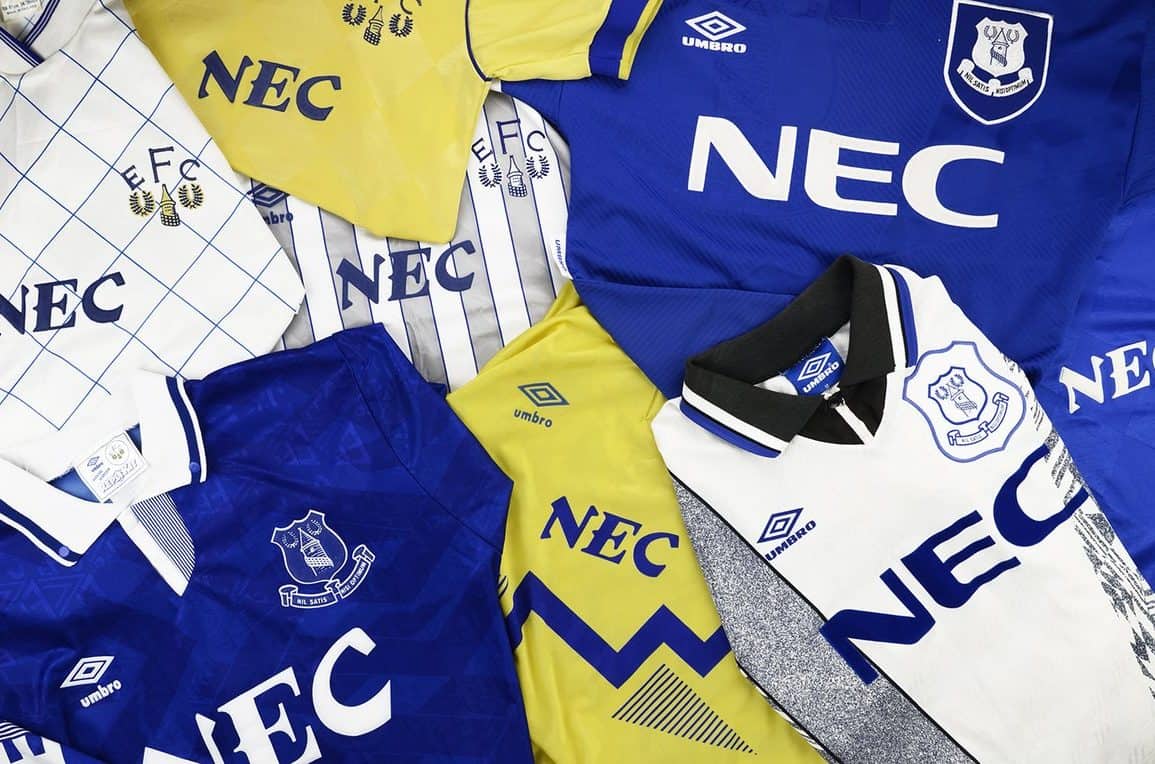 Rare away shirt with a bold chequered design which was the first to a feature a pattern in the design other than vertical stripes. Insignificant now but bold for Umbro at the time. The shirt also continued the clubs tradition of donning yellow away shirts, a tradition which began in the 50s as part of a wider trend of clubs wanting to emulate Brazil. In the 86-87 campaign they did just that, when Kendall and co sealed the title against all the odds. The 1986 home also features on this list so we’ll touch a little more on that there. Buy it here. 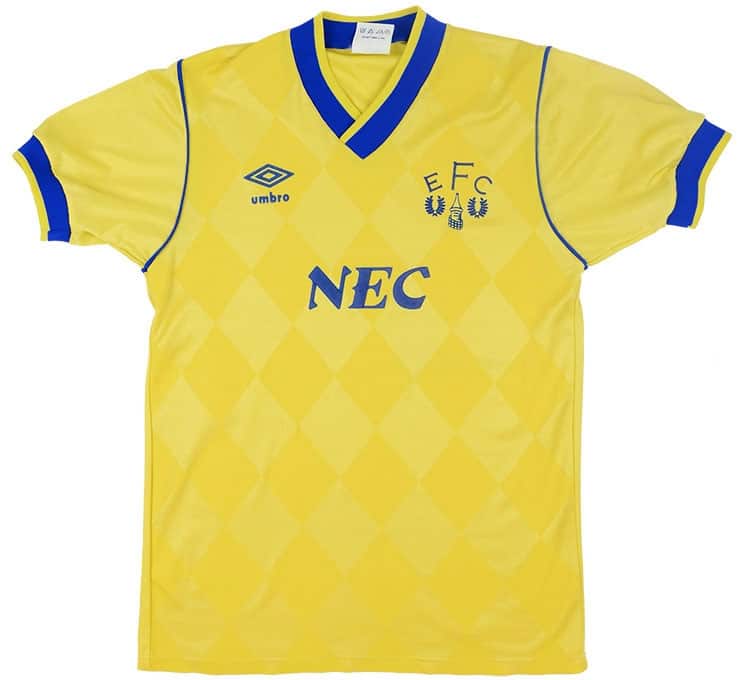