We’re in a mess. Surely we can all agree on that it’s pretty obvious? As supporters, we tend to agree on general issues when it comes to Everton, but how to fix the mess seems to divide us.

Continuous glimpses at my phone over the last 48 hours hasn’t delivered the news I’ve been hoping for – Marco Silva has been sacked by Everton Football Club. Sacked, left by mutual consent, I don’t care for the particulars at this point, I simply want him moved on. 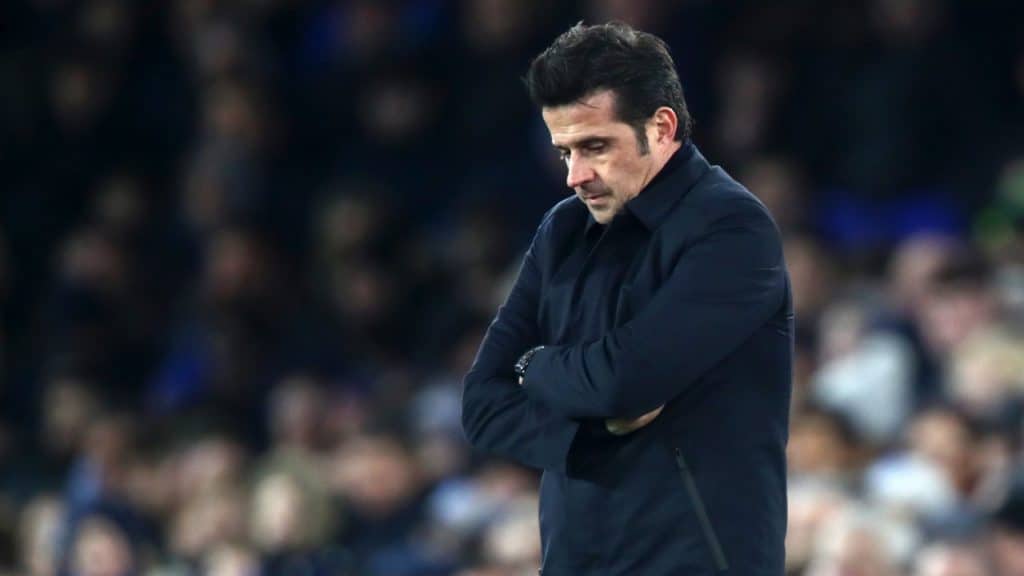 I’ve felt for some time he isn’t at the calibre required to move us forward, nothing personal, I’m sure he works incredibly hard, of course he wants to be a success, but at this stage in his career he’s evidently out of his depth. I struggle how anyone can defend his position at this stage. In fact it baffles me. A team is always a reflection of the manager.

Murmurs circulating suggest Silva has the West Ham game to either bide...

Player Thread Sponsor
What we need is a banner!

You blaming the fans lad

Couldn't agree more mate. I miss the time when we were even mediocre. Putting the team in relegation table itself should be enough to have Silva sacked.

I can't believe that there are fans who believe Silva has a long term plan or a vision. Long term vision can be achieved with a series of short term achievements. Just because you don't want to see another manager sacked, it doesn't mean the manager is worth saving. It is about damn time to move on.
H

It's not your fault

Banned
I agree with the gillmartin post above,the managers lost his way with any of the top six clubs he,d be gone now we,ve had some bad managers of late an he's another one we seem scared to sack him because we can't attract the type of manager we want but we have to try because this fella,s goin now we're.

Forum Supporter
Anybody got the number for the plane and banner guy and the grim reaper dude.

satisoptimum said:
Couldn't agree more mate. I miss the time when we were even mediocre. Putting the team in relegation table itself should be enough to have Silva sacked.

I can't believe that there are fans who believe Silva has a long term plan or a vision. Long term vision can be achieved with a series of short term achievements. Just because you don't want to see another manager sacked, it doesn't mean the manager is worth saving. It is about damn time to move on.
Click to expand...

Good article sir, I don't accept mediocrity I accept that for Everton to go to the places we all want to go it will take time though and it's not gonna be an instant thing. I think the board need to step up big time now and get a credible manager in, Martinez and Silva were both coin tosses and failed, Koeman had a bit about him and was on the come up but he was undoubted the worse we've had.

It's Marcos fault, he can do one quick sharp.

I felt Silva wasn’t the man after the aftermath of that Anfield game. Instead of rallying the guys after a difficult result, we went on our worst run of form in quite a while. It soured him on me ever since and it dawned on me that he was in no way a leader.

You can’t throw away half of your season under any circumstance, but you sure as hell can’t do it as a result of a derby. That should be your rallying cry. He lost me after that lull.
J

No doubt we are in a tricky position but it is the easiest thing in the world as supporters to come on forums and bleat about the manager not being good enough.
Before Fireman Sam we had Koeman who just picked up his wages and Martinez who looked for one season like the messiah but pretty soon stopped performing Miracles.
So you say Silva must go in a very forthright and erudite way then you must have a solution.
Because surely a ship without a Captain is even worse than one who may not be very good at it.
I say may not because when we stuffed Chelsea Arsenal and Man U at the back end of last season and finished with a game we deserved to win at Spurs he was looking pretty good to me.
Criticism without an alternative what the hell is that ?

I would consider how it may be my fault but, perhaps in a case of form following function, the link to the article doesn’t work.

I look at it this way...been a season ticket holder for eons and the last time I 'enjoyed' the match was Martinez's first season. Koeman, fat sam, and now this...my heart sinks when I see a home game because I know after the first minutes of roar you will hear a pin drop for the next 90 mins with nothing for us to cheer about. I'm not a chanter but even I try to bolster the millionaires on the pitch! You all might disagree but to me going to the match is not something I look forward to ATM...look forward to is taking my auld fella (living with cancer and he loves the old lady) plus my pie more than the game.

I accept no blame for the current situation.