NickK66 said:
Spot on. Richarlison gets pelters (he is a fanny for all the rolling about, but weirdly, he's a tough lad when it comes to the persistent treatment he receives and his bravery in going for headers etc) but Son always gets a free pass. The [email protected] nearly ended Gomes (some would say he did!). Yes, he may have cried his eyes out over breaking Gomes's leg, but he chased after him with clenched teeth trying to get him back for that arm swipe, similar to the one v. Man Utd.

And half the commentators come out with sh1te like, 'He was surely 'entitled' to go down there'....I mean, WTF?!! So the footballers, playing on bowling greens, are largely fannies, who go down like drunks on an ice rink, the growing media expectation is that every touch is a free kick, if not a card, and we spend ages agonising over whether someone's a pube's width beyond the last defender, whilst only a handful of clubs ever get to win anything. The fun and excitement is being crushed out of the game.

the sniderman said:
buddies dont do this to urselves. join me in support the brighton and have v pleasant monday night guaranteed with much stiffness.
Click to expand...

No snidey. That’s just wrong. You should know better.
K

EFC to be the sequence wreckers.

Come on BLUES for christ sake just smash someone for once.

i would like to apologize fully mr whittle i just get too excited some times i hope the brighton are CRUSHED until every man woman child are slay and the palace have big party.

Forum Supporter
I’m doing that thing now where I’m thinking ‘actually, if Richarlison and Dom had their shooting boots on we’d have smashed Palace and we put four past Brighton earlier in the season so why not today’.
I’m a self aware optimistic pessimist again, the way only an Evertonian can be.
C

Is Allan back? Please say he is.

Forum Supporter
Brighton will get a kick from just seeing us with 4 centre backs starting against them, no other prem club will afford them that much respect.

Chegsy said:
Is Allan back? Please say he is.
Click to expand...

After hearing the news about Tosun will here injured next season and Gbamim with yet another injury, I think Evertons season may as well just Finnish really CBA, watching Brighton having most of the play some player who has been awful all season for them suddenly come into form and score against us,
Dominic Calvert-Lewin sticking his thumb up after being sent clear one on one and misses again.
Keane passing backwards then lumping it into the stands as he has no options
1-1 final score
S

So... no he isn’t playing would be my guess.

Quite a few who’ve not scored this season as well. 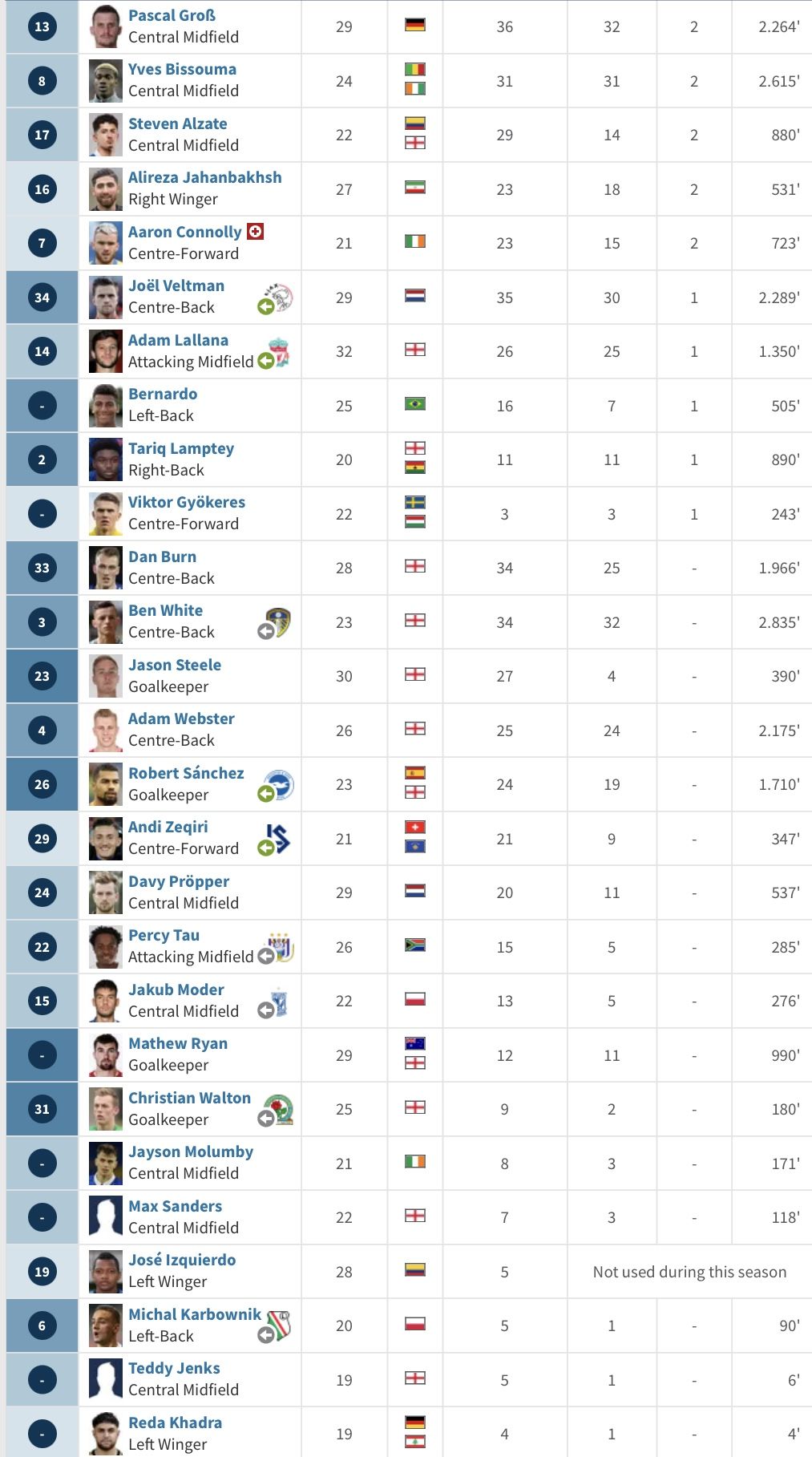 *lumps a ton on Andi Zeqiri for the only goal.

It looks like you're using ad blocker. We get it, but (1) Grand Old Team can't live without ads, we ensure they're not intrusive and (2) ad blocks can cause issues with site performance. If you'd like to support the site, and help ensure we can stay online, please do whitelist us. If you can't or don't wish to disable your Ad-block, please consider upgrading your account for the cost of a pint a month here. Thank You.