Will we have a Nyarko/Finch Farm 5 moment

Everton have finally broke, a lot, if not the majority of the fanbase. I haven't felt like this about the football since I was 14, and this is going back a while now. I have to ask, when will this seasons Nyarko moment be? Doesn't have to be that, but the point when the fans actually break, or do we all just not care anymore?

We had people protesting at Finch Farm not too long ago and Brands came out and spoke to them.

I am officially disgusted at the club from the top to bottom, never before have I been embarrassed to bring my little boy up as a Blue - the club have got away with this for too long and the players, the senior players who should be playing for that juicy contract should also be held accountable. They have an easy ride, and I am shocked we haven't had a repeat of the Nyarko incident so far. Every one of them should be made to sit through a meeting with a section of the fans (which the club don't curate) so they understand what they are doing.

Are we all just officially broken by the club and have accepted what we are about to become? or is this about to get nasty?

The moment among the rest of the league surely must be the half time team talk disc beard gave.

"These don't know how to win."

Forum Supporter
Threads on here are tremendous today. Wish we’d have got relegated earlier to be honest.

It will get nasty at some piont.

Yes, they’ll definitely be something.

It’s gonna get very nasty as soon as our relegation is confirmed.

It will be toxic like we’ve never seen before.

edge said:
It will get nasty at some piont.
Click to expand...

That's what I am thinking, I just wonder if we are all so numb to it now. Like this season has took me back to 94, and I haven't felt as bad since watching us. Even the years with Moyes finishing 17th, that didn't concern me as we had a team with character who would at least run through walls even if they didn't have the talent.

This is the most unlikeable Everton for me in my lifetime.

bullybeef said:
It’s gonna get very nasty as soon as our relegation is confirmed.

I hated to see it because Nyarko was just out of his depth, but I am shocked to the core we haven't had that this season yet.

Its absolutely horrific what these players have done and been allowed to get away with.

Well it’s not done and dusted is it?

It’s bleak, but if anyone can do an “Everton”, it’s probably us.

Forum Supporter
The club still belongs to Evertonians and the community. Blues have backed the club staunchly home and away and even keeling a lid on deserved protest in the ground as to not affect the fragile confidence of the players.

None of this has had any effect and it looks like we’re sleeping into relegation anyway so what’s to lose? I resent those taking their comfy seats in the main stand on Saturday, fine dining and picking up another fat day’s wage on the back of ruining Everton.

It’s best they don’t show to rub our faces in it.

Forum Supporter
I hope not.

The protests should be 100% directed at owner and board room level.

Don't forget this board are planning to rise ticket prices next season, and haven't said anything about what happens if we go down. The more I think about it the more it makes me angry. People are being asked to pay out more because we have overspent enormously over 5-6 years to fund the lifestyles of enormously overpaid mercenaries who don't even have the decency to run around a bit for us. These players should be absolutely mortified to take home their wages. I'm embarrassed for them. To then ask fans who have been put through misery for years to fund the shortfalls, is pretty crass at best. Not in keeping with a club claiming to be in touch with their community.

I've supported us since i was about 10 (I'm now 57) so I've been through my fair share of ups and downs (unfortunately a lot more downs), but i have to say that all the low points such as the Wimbledon and Coventry games where we scraped survival i have never felt as despondent at the players. During those dark times i never felt like the players were going through the motions whereas with this lot i feel like some really can't be arsed and the others are just of such a poor standard that they just can't help being that crap. I feel as if I've finally been broken and said to my lad at the end of last nights match that I don't think i can watch another game for fear of my health not mentally as i wouldn't make light of those it affects that way but physically.

barneygumble said:
Well it’s not done and dusted is it?

It’s bleak, but if anyone can do an “Everton”, it’s probably us.
Click to expand...

honestly mate, well done for keeping some positivity, but for me - last night was the final nail in our coffin

Jesus Christ theres so many snivelling cowards on here.

Were not down yet...have some spirit ffs.

Some of you have as much spine as the players.
L 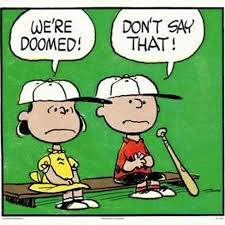