Who's next after Benitez - Poll reset 25th Jan

But not a lot.

Papa Shango said:
Any manager is a risk. Any good manager (or indeed player) can come from anywhere. Just because someone in the past does well or does not do well doesn't mean that the next one will do the same. Amorim isn't Fonseca or Silva, he has done a more impressive job than both of them.

You were arguing that the Argentine league is a farmers league. That's why people responded to you about it! It's really not, you just evidently don't know much about it (again that's no knock, its not as if its very accessible here).
Click to expand...

Depends what your definition of a farmers league is ultimately.

The beauty of football - two people can look at something and come to two totally different conclusions.

ForeverBlue92 said:
Depends what your definition of a farmers league is ultimately.

The beauty of football - two people can look at something and come to two totally different conclusions.
Click to expand...

Yep. Of course, when that happens, more often than not one of them is wrong.

ForeverBlue92 said:
Depends what your definition of a farmers league is ultimately.

The beauty of football - two people can look at something and come to two totally different conclusions.
Click to expand...

Some people in Argentina probably watched us against Brentford and came to the same conclusion. 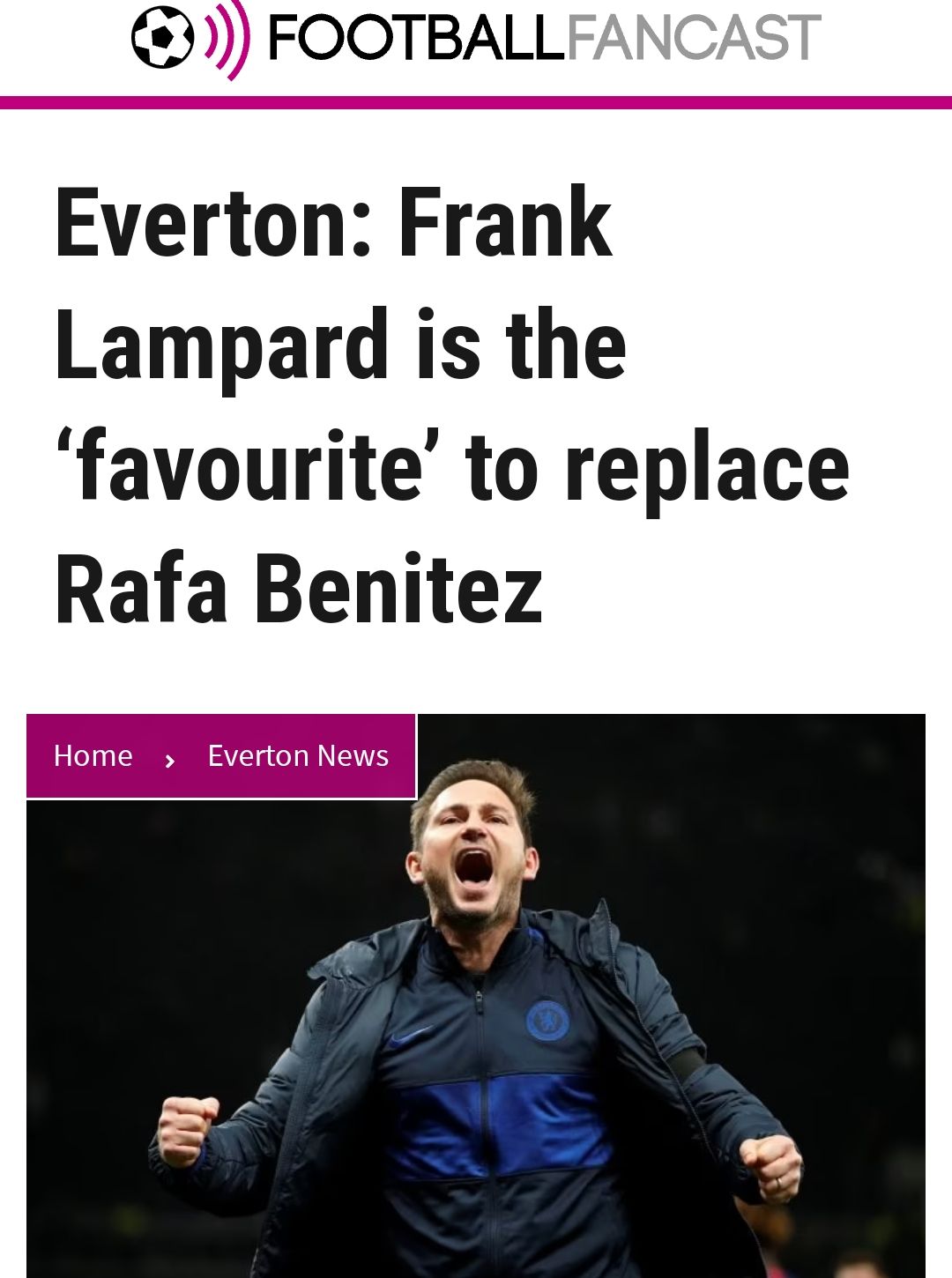 Papa Shango said:
To be fair I wouldn't want to work with a bloke who sits on a bucket either.
Click to expand...

I'll be sitting with a bucket over my head on Wednesday night...

Doesn’t matter unless the players also change. It’s all rotten. Burn it to the ground and build it back.

everton1953 said:
Leeds look as if they might sack Bielsa and his happy little interpreter. Would you have him in place of Rafael? Or is it same for same?
Click to expand...

Our players trying to play Bielsas style would not go well.

Gareth Gibson said:
Evertonians are known for their patience and their logic.

I don’t think there’ll be calls for Benitez to go at this stage. Yes we’re four places lower than we finished under the great Carlo Ancelotti last season, but most blues realise that you can’t be expected to achieve much when your best players are all injured for months on end. The injury situation has cleared up somewhat and against Brentford we were only missing our best defender (Mina) and our two best attackers Richarlison and Dominic Calvert-Lewin. But we were desperately unlucky. We had 61% of the possession, we had almost THREE TIMES as many shots on target as Brentford and we should have had at least two penalties.

The next two matches are crucial. If we cannot get results at home then we’re in trouble. I remember when we last won the league and the great Howard Kendall said something along the lines of “It was our home form that did it. How can you not win the overwhelming majority of your home games when you’re playing in front of these fans? They’re like a 12th fan. They encourage you from the first whistle to the last.”
Click to expand...

You make some great points but I’m afraid you’re wrong if you think our fans are like a twelfth man these days.

This season I’ve seen a lot of our supporters turn against our own players. The support is not the same as it was under Kendall.

I actually agree that our players are giving their all.

everton1953 said:
Leeds look as if they might sack Bielsa and his happy little interpreter. Would you have him in place of Rafael? Or is it same for same?
Click to expand...

They want to sack him for a reason, because they are worrried about going down with him, he clearly isnt good enough for this league, his silly little bucket gimmick dosent put points on the table