Brennan said:
Yeah the people doing the fixtures just have it in for Everton.
Click to expand...

Everybody plays the same teams!

If there are harder patches, then there will be easier patches too.

I'd just like our squad to get a good rest before the season begins.

Forum Supporter
The thing about having a good run of fixtures is that inevitably you're going to have a tough run after that - there's only so many "good" fixtures to have before you run out of sides. The Christmas schedule looks very good and there's nothing horrific in the run in. Tougher games at home besides Leicester away - nothing like City away.

Or Newcastle at home, Southampton at home......

Some comments in this thread are a prime example of victim mentality. Nobody is remotely arsed enough about Everton to orchestrate an entire fixture list based on scuppering us. It simply isn't worth it when Everton will scupper it for them.

And fixture lists aren't random. There's multiple logistical issues such as policing resources for a city (Liverpool, Manchester and numerous London clubs) and multiple annual events up and down the country which can have an effect. Play everyone twice and try and ensure travelling support don't have nightmare trips during bank holidays. Though TV coverage will ride roughshod over consideration of the latter.

Forum Supporter
A lot of Sky 6 teams taking points off each other in the early weeks.

Do we know anymore which is good set of fixtures and a bad set based on our upside down results last season?

Staff member
Just in case anyone saved the clubs first image - it had Watford H, twice. 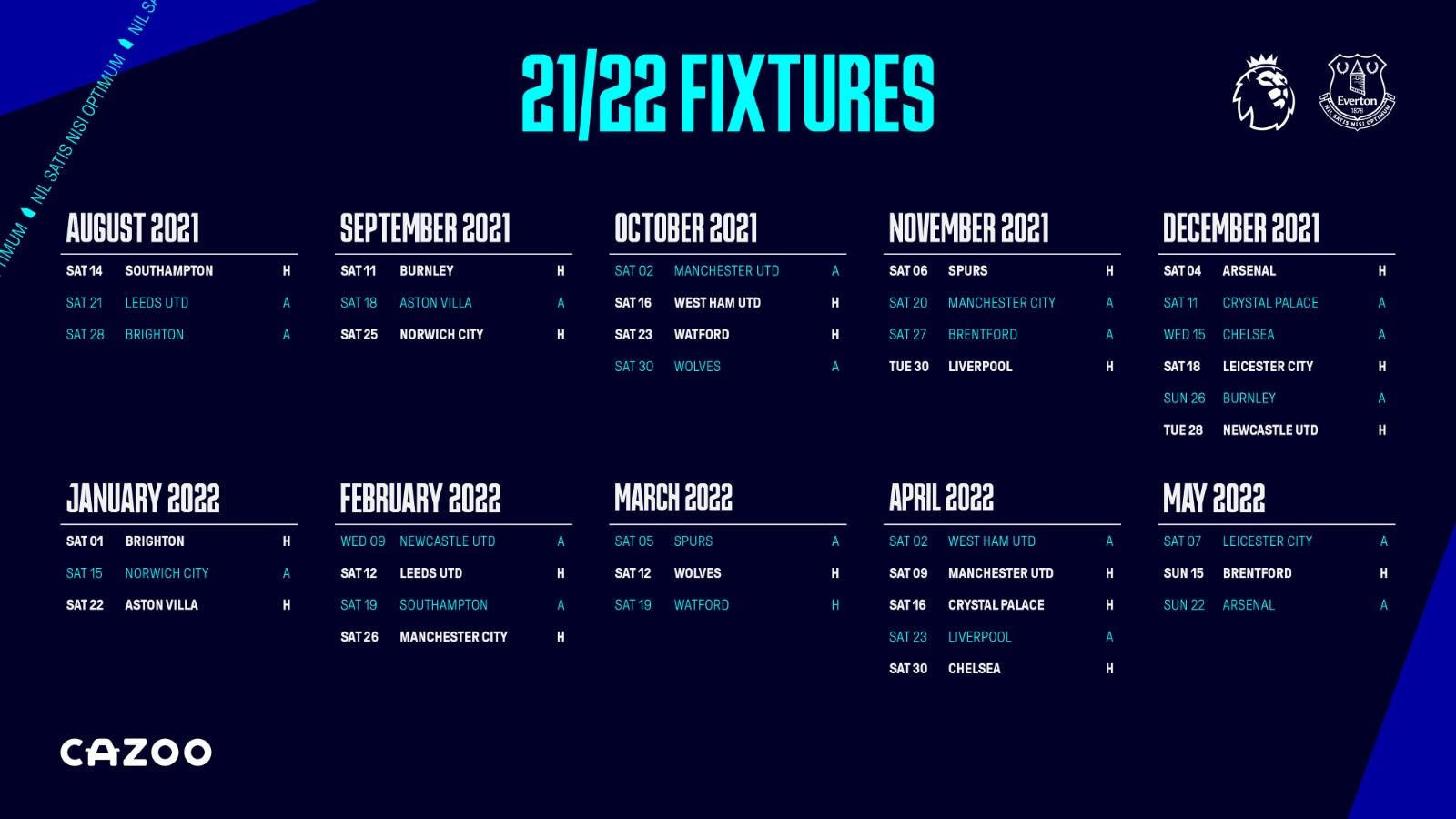 This is the correct one; 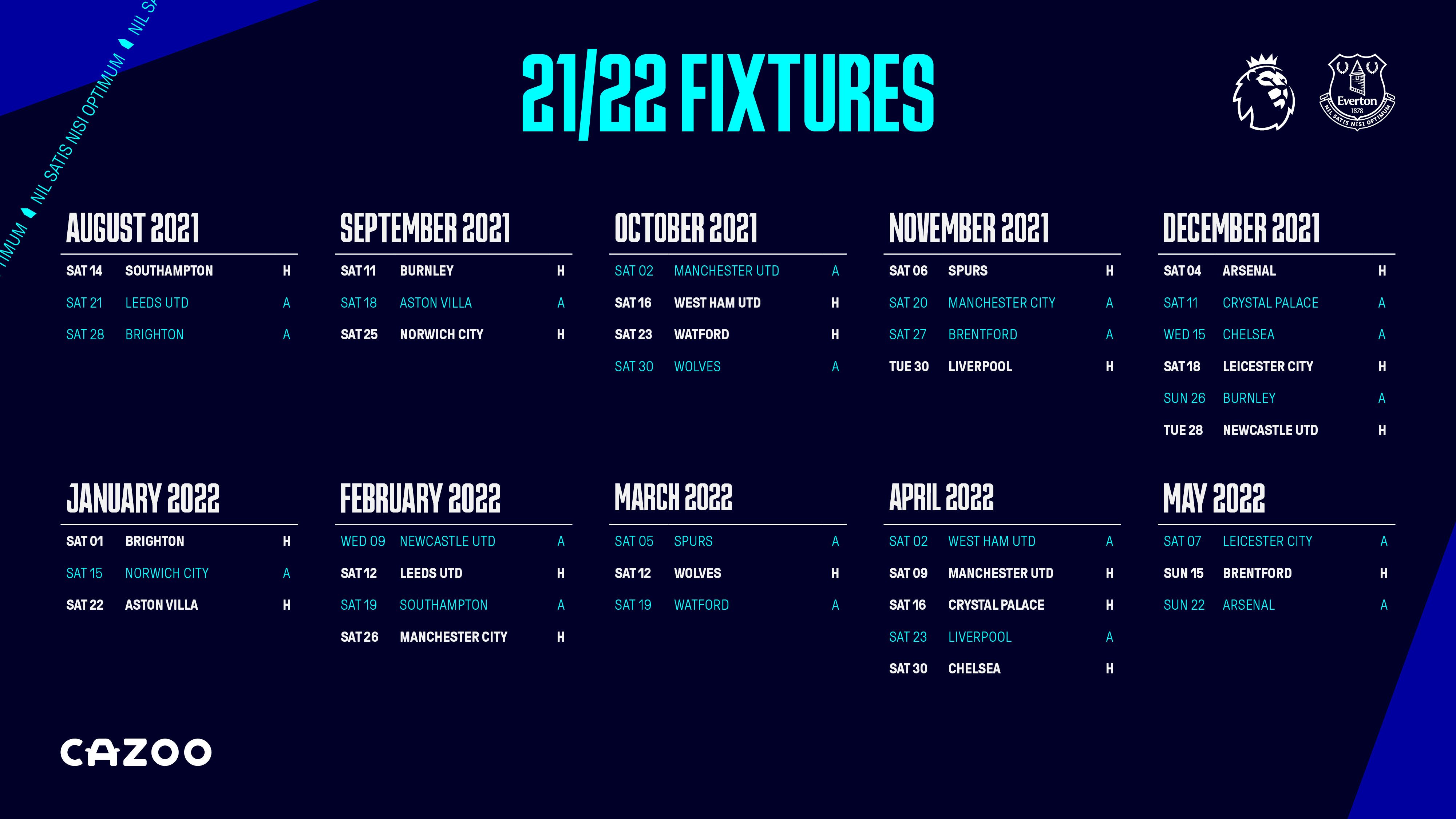 TyphooToffee said:
That's about as far wrong a prediction could be!
Click to expand...

(looks around disgruntled, grabs shirt, pulls face close)...... I made all the RIGHT predictions. But not necessarily in the right order. (cheek tap x2)
B

not too bad really, and we get nearly all season before the home loss to Brentford

if they were going to stitch up any team it would probably be Arsenal, that would actually be funny

All I ask is an empty road.

Brennan said:
Yeah the people doing the fixtures just have it in for Everton.
Click to expand...

I don't see this strategy as anti-everton. It can subtly be used to scupper any ambitious team promising to break into the Sky brand six.

Based on the last 4 seasons, there are no such things as easy set of fixtures or hard set of fixtures. Our "easy run in" last season the most recent example.

Just let the new manager "Everton" it up in a new and original way.

If we’re not top by October, new manager out!!

We've been stiched up again. I literally am starting to believe that they deliberately want us to not succeed

The first fixture I always look out for is the Derby and I see we play at home first again? If that's not fixed I don't know what is.