Flipping the other thread on its head, who are the players who were not great but you liked anyway?

Abblett - perhaps a little blue-tinted given he's no longer with us, and I think I've grown to respect him more after his time with us than during it. His desperate flailing for Wimbledon's goal summed him up at times, but there was also that lung-busting run and cross in the Spurs semi that's hard to beat. A real trier, for sure.

Kilbane - one of the better players at the time, committed to the cause.
K

Mick Lyons.....King of the "limited but liked" brigade.

Forum Supporter
Straq, without the doubt one of the most honest and hardworking players to have pulled on our shirt. He knew he wasn't good enough for the standard, but he made sure every defender worked hard for 90 minutes

That city display will go down in history, how he managed to walk off the pitch is beyond me

Forum Supporter
Brian McBride. Came in, did a job, but clearly not the class required.

On and on, over the hill and the craic is good

Tim Cahill.
Not actually that good of a footballer but I loved him and always wanted him in the team (other than his final season).
He also left just as he was starting to go downhill which is a very smart thing to do (see Howard, Osman, ruining their rep)

Amokachi. I double dare anyone to not smile when you think about him after that 95 semi final.
M

I panda to nobody

I will find you and consensually bum you

Shibbywiggles said:
Tim Cahill.
Not actually that good of a footballer
Click to expand... 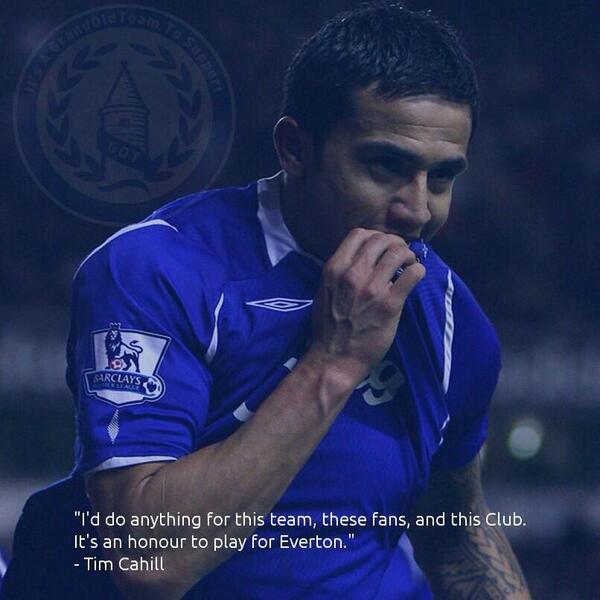 I will find you and consensually bum you

Joe was a superb footballer cruelly cut down by injury.