Northeastblue said:
As someone on a podcast said recently, the Guardian's sport department is run by kopites.
Click to expand...

There was a decent article on there last week about how Lampard was quietly turning things round (mentioned it wasn’t a coincidence that Iwobi , Davies , Patterson, Pickford etc had all seen upsurges in performance under him)

The match report today though was awful

Forum Supporter
He's been extremely pragmatic I feel. Brought in several solid pros with character and leadership skills which compliment the younger lads, or those with talent but less confidence.

He said he wanted a more robust squad and I do wonder if he ment mentally as well as in terms of fitness and availability. Back to basics, but much needed.

Everton_Gary said:
Liked when he was appointed and still very much like the man. You can see what he is trying to do and even though this is the first match to win the team has been solid and playing for each other. A good signing or two in January and things might get even better. Like what he’s doing here, likeable guy and seems to get Everton and the fans
Click to expand...

We’re moving in the right direction, it’s going to take time for things to really click, we as fans need to be patient, if not we might as well be the next Watford and sack then hire and be a yo-yo club. Lampard was not my 1st choice but I’m backing him 100%. It’s time to build and stabilise, I think Lampard is the man to do this.

Coggy said:
I have never been totally convinced by Frank , but I can definitely see him improving as he is doing the job. He seems to be getting more flexible , and able to change tactics and formations. Long may it continue , as I believe that he is finally "getting us".
Click to expand...

It’s a relief to see us up the table, think any relegation talk is gone now. That back 5 was always my issue, we were always guff playing like that, happy to see the new set-up and loving the midfield and defensive grit. Will be interesting to see how we play with Dominic Calvert-Lewin up front, hoping the lack of goals now is a symptom of pressure, hopefully we can play with more freedom and slot a bit more.

I’m actually pleased for Frank, he’s a likeable fella and let’s not underestimate the job he had to do. Tarkowski and Coady look astute signings, but I’m so over the moon about Gueye. We’ve got a few young players who’ll only improve with time, maybe after some calamitous years we’ve finally found a manager to take us forwards? Really optimistic but not getting carried away just yet.

LinekersLegs said:
Hoping we can avoid more injuries so we can build on these partnerships

TWENTY THREE in one season? It’s no wonder we were repeatedly battered.

The longest journey begins with a first step; Rome wasn't built in a day

This man and his team have turned around a toxic atmosphere on and off the pitch/ forum in to something now we can believe in. Long may it continue.
F

TimHowardsBeardJuice said:
This. Including the Guardian match report today, there's all kinds of narrative about the team floundering, Lampard on the hot seat, fans not onside, all this, and these "journalists" must just be filing their copy without watching the side.

Look at this crap. 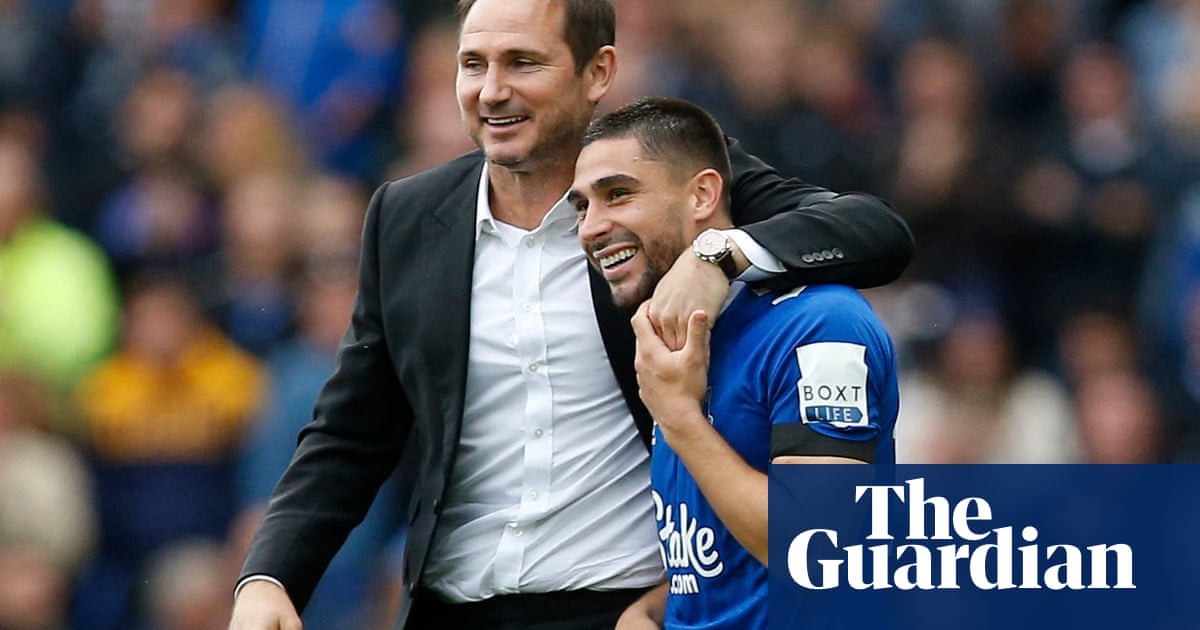 The former Brighton forward Neal Maupay scored his first goal of the season, which was enough to give Everton a 1-0 win over West Ham

Even on this board, where it is not hard to find doom and gloom, we're behind Frank. The mood of the squad is hardly desperate, anything but. The fans were a little quiet in spots today but that was due to the nature of the contest, I think, they were still in fine voice at times throughout and in the derby the crowd was a force.

There are some pessimists in the ranks but aren't we mostly united behind the manager and the direction?
Click to expand...

You’d think we were bottom on the league after losing every game the way he goes on in that article , I never used to believe in all that agenda against Everton but after reading that
B

stretford blue said:
I can see progress and a style of play and a stability yes we are short on quality up top but it's seems to me heading in the right direction
Click to expand...

Extremely difficult to do so much in one window. The last two windows have been remarkably good for us. We have rebuilt with really solids foundations.

There is more work to do at the top end, but Rome wasn’t built in a day.

Bluestar said:
Extremely difficult to do so much in one window. The last two windows have been remarkably good for us. We have rebuilt with really solids foundations.

There is more work to do at the top end, but Rome wasn’t built in a day.
Click to expand...

Forum Supporter
Thought it was interesting pre match that Moyes remarked how Lampard was "building a team".

The media might be less inclined to give credit until we win more matches but thought it wasn't just empty words from the red haired one.
B

Mikey_Fitzgerald said:
I think he knows how he wants to play, we’re gradually giving him the players he wants for it, and the players he does have are working hard and buying in

Glad we’ve finally got that win

Hopefully now we build on it

Happy for him today. He made sure to go to all four sides of the ground following th final whistle. This clearly matters to him
Click to expand...

I msy be utterly wrong, but I think the Chelsea stuff maybe knocked a bit of his emotional investment in the game away, and last season we have him that back.

Young manager, learnt from mistakes, focused, driven and with the fans behind him, this is what we have needed since Howard first time round (Big Joe gave us it too tbf)

Apart from the obvious improvements in the team this season, another factor will help us out. There is an aggression and physicality about these boys, there is that old Everton thing about, ok we'll play football, but, if you want a fight , we're up for it.it seems with the current team, if one of our players is treated unfairly the rest are ready to jump in to defend him.

It matters, as anyone who has played the game will tell you. If a side get the reputation of being aggressive, it just gives them a slight advantage in those oh so important 1 to 1's.

MikeH72 said:
All together now