Forum Supporter
We may not have a manager but we already have a Cup to play in July. This may be my chance to see the Blues live for the first time

Can you boo them for me please.

Sassy Colombian said:
We may not have a manager but we already have a Cup to play in July. This may be my chance to see the Blues live for the first time

You shall feel the disappointment in person. Nice one.

No way a team called Millonairos can lose

Sassy Colombian said:
We may not have a manager but we already have a Cup to play in July. This may be my chance to see the Blues live for the first time

Surely we can’t wreck that experience for ye can we???

PS. Can you hurl abusive language at every one of them, don’t worry there used to it

Forum Supporter
The first team against Everton is also Colombian so that would be a special match to go. Are you coming @UptheTofees ? 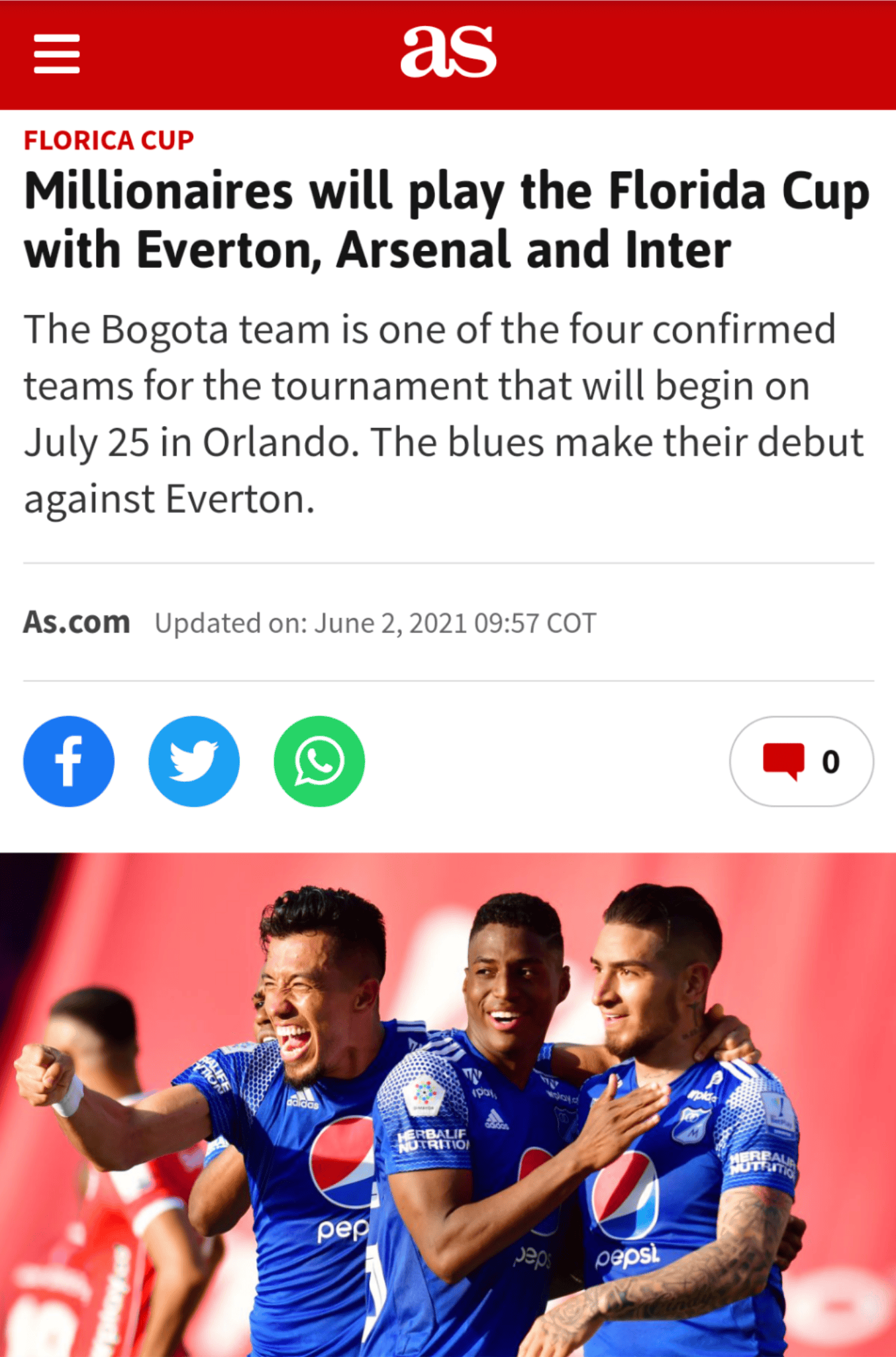 Millionaires already have their preparation ready for the following semester. The Bogota team will play the Florida Cup, a preseason tournament in Orlando, Florida . According to the Bogota team, it will be the way to celebrate the 75th anniversary of the club.

In the tournament will be England's Arsenal, Inter Milan, recent Serie A champions, James and Mina's Everton and Millionaires. The official Florida Cup website indicated that the matches will be attended by the public. Interested fans can now buy their ticket.

Millionaires will debut against Everton on Sunday, July 25, the schedules will be confirmed in the coming weeks. The winner of the match between the Colombian team and the Toffees will face the winner of the duel between Arsenal and Inter Milan in the final . The two losing teams will compete for third and fourth place.


"We are very excited to play in this year's Florida Cup alongside three of Europe's most recognizable and self-conscious teams, including Everton and stars James Rodriguez and Yerry Mina. It is an appropriate challenge and a momentous occasion as we celebrate 75 years of history in Colombia, and we are hungry to compete in front of our fans in Orlando, " said Enrique Camacho, president of Millonarios on the club's official website.

The Blues will play their second Florida Cup, they had already done it in 2017 where they played against River Plate for the quarterfinals, losing 1-0 , then they faced Barcelona de Guayaquil for fifth place where they won 1-0.

For now, those led by Alberto Gamero continue to prepare for the semifinals of the Colombian tournament against Junior from Barranquilla
. .

We should deffo boycott playing in Florida for Political reasons. 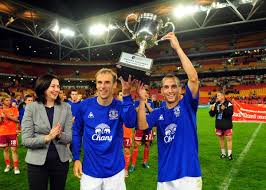 Lord Buckethead said:
We should deffo boycott playing in Florida for Political reasons.
Click to expand...

I totally agree, I dislike DeSantis and his policies so much but my sister lives in Orlando so this could really be my chance to see Everton before I make it to Liverpool.