Eggs said:
…listening to Lampard, it sounds to me that Maupay will start, less likely that Gueye starts and very unlikely Garner starts.
Click to expand...

But then Davies has to start...

We all go home happy.

going for a tight 5-0 win for the toffees

Nah, if the ref adds 13 minutes extra time, the rs goal will come at minute 107.

As good a player as Gana is, you can't throw him straight into a Merseyside derby. He's barely kicked a ball the past couple of months. Which is why it's so annoying that his move took so long to complete, as an up-to-speed Gana would have been really useful for this one. 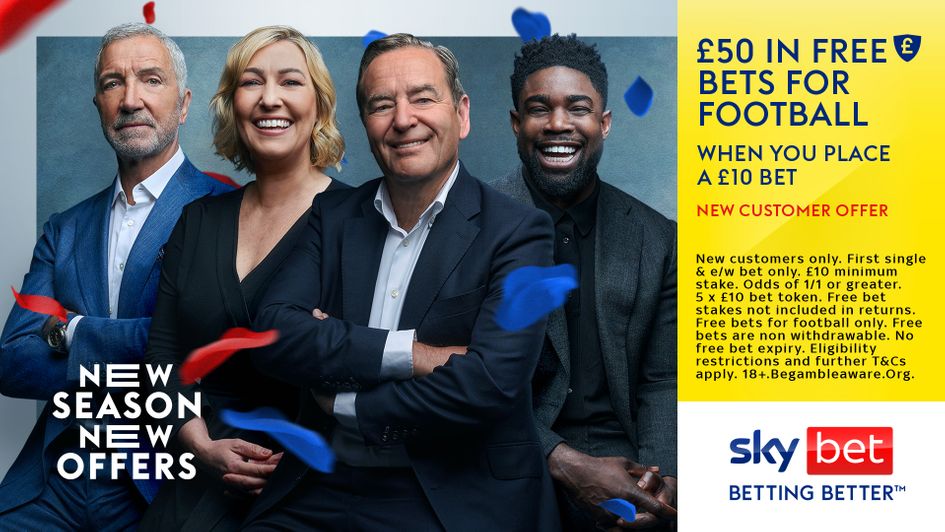 The Merseyside derby is usually a fiery match, and usually results in a win for Liverpool.
I suspect that this edition will follow a similar pattern, though given the way both have started the new campaign, we may see a more competitive match than in previous meetings.
Everton are still winless, but there are signs of life for Frank Lampard's side, particularly in attack, while Liverpool haven't yet hit their stride as we have seen in recent seasons.

All of that means that the Blue half of Merseyside will be fancying their chances of causing an upset, and while I think that's unlikely, I think they will get on the scoresheet, meaning BOTH TEAMS TO SCORE is the headline selection.
It's a bet that has landed in eight of these two sides combined 10 Premier League games up to this point.
Everton have remained a shambles defensively through five league matches, allowing 1.85 xGA per game, so a strong Liverpool attack should breach them a few times, but their attacking output has seen an uptick.
Despite playing without a recognised striker, forced into playing a more fluid forward line, the Toffees have been able to rack up a decent xGF average over their opening contests.
Lampard's side have generated 1.44 xGF per game, which is quite considerably up on last season's effort under the head coach (1.08).
Couple that with the fact that Jurgen Klopp's men haven't yet looked super secure defensively, shipping six times and keeping just one clean sheet in five games, and I like the chances of Everton hitting the net.
Liverpool, for all of their issues defensively, continue to look a real force in attack, averaging 2.41 xGF per game, and they welcome Darwin Nunez back from his ban which adds more firepower to the Reds attack.
I like the price of DARWIN NUNEZ TO SCORE ANYTIME in this game, with the Uruguayan highlighting just how good he is at getting into good scoring positions despite his limited game time this season.
Despite the form of Roberto Firmino, we could see Nunez start this weekend due to the congested fixture list and the fact that a regularly-injured Firmino may need a rest. 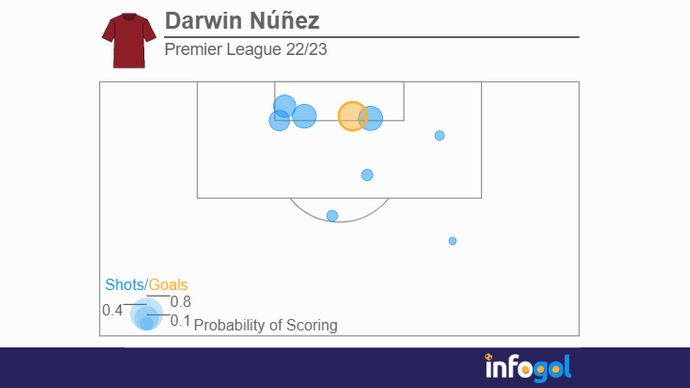 Even if he is a substitute, I still fancy him to get on the end of a few chances after coming on, with the big forward getting on the end of 2.30 xG in just 106 Premier League minutes this season - including four non-penalty big chances.
He has a knack of being in the right place at the right time, and will get a couple of decent scoring opportunities on Saturday against a vulnerable Everton defence.
His best price of 5/4 looks huge.
A small and speculative third selection is tentatively put forward involving the Uruguayan, with DARWIN NUNEZ TO SCORE AND BE CARDED worth some shrapnel.
The case for him scoring has already been made, and he clearly is a hot head who could be even more fired up for this derby.
We also have the chance of Nunez scoring and taking his top off just as he did in the Community Shield, but this is a player who is very physical anyway in his approach to the game who will be out to ruffle a few feathers with his awkward physique and stature.
It is a longer shot, but we are talking about a player who was booked in six of 28 league games in Portugal last season and who isn't shy in putting himself about.

Paul Rideout said:
Just need Muapay to karate kick one of them Red Bells in the crowd when we're 3-0 up to cement his place in folklore and we can forget about Brazilian divers
Click to expand...

Not sure we can afford the lengthy ban if he does, but I like your strong-arm tactics!

Notoffee said:
Think it will be a pasting. Just nothing positive. Relegation season.
Click to expand...

everton1953 said:
Which of ours will get the usual Derby red card? I dread seeing that loathsome kraut trying to influence the officials.
Click to expand...

Sadly, and wrongly, can see Onana getting a straight red for a fantastic challenge that VAR decides is violent, but really isn't.

Forum Supporter
Off your trolley if you think it’s not gonna be the McNeil, Gordon, Gray front 3 again tomorrow btw.

Player Thread Sponsor
Not sure Klopp will risk Nunez in a game like this.

GP_Monty said:
I feel I need to point out here that Maupay is about 5'7
Click to expand...

So the crosses will need to be whipped in low behind the defenders then. Adrian Heath managed ok.

On the bench, comes on, grabs winner in 7th minute of injury time.